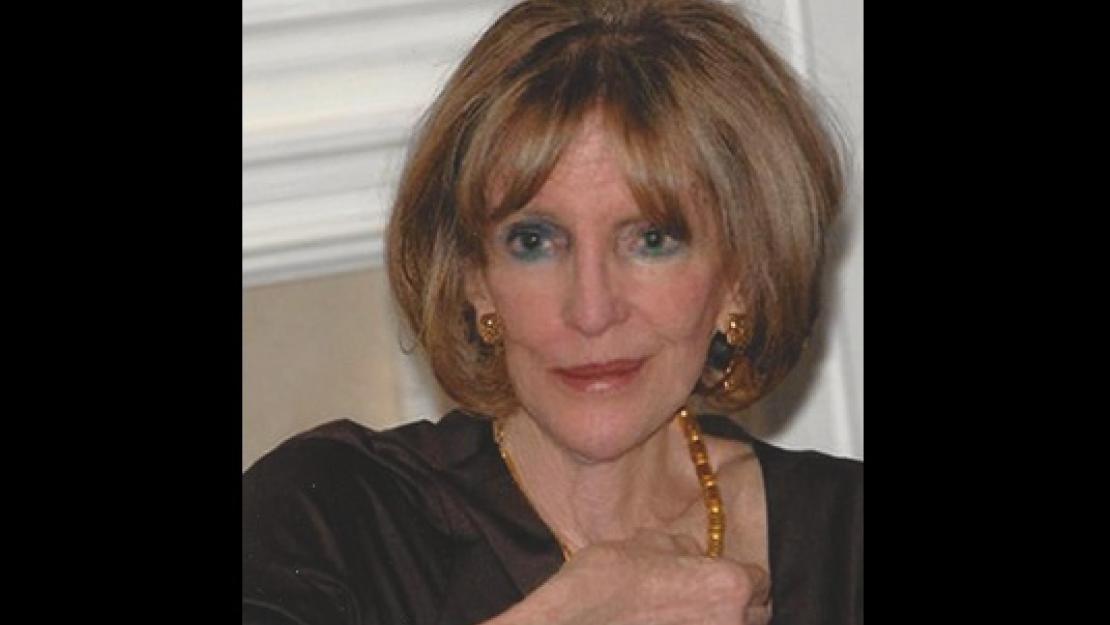 Mary Cross, an AUC trustee and renowned photographer, passed away earlier this month

AUC’s Advisory Trustee Mary Cross, a photojournalist and writer who spent most of her life traveling to extraordinary places and exploring cultures around the world, passed away this month at her home in Princeton, New Jersey.

Born in Louisville, Kentucky in 1936, Cross studied philosophy and literature at the Sorbonne in Paris and portrait photography under Philippe Halsman. She graduated from Hollins University with a bachelor’s in history and politics. After she married “Teddy” Cross, the noted publisher and civil rights advocate, she moved to Princeton in 1975 and became increasingly interested in the Middle East. As a photojournalist, Cross documented her travels through Egypt, Morocco, Turkey, Vietnam, Burma and China. Egypt, in particularly, held a special place in her heart. “I fell in love with Egypt,” noted Cross in her recent memoir, “and kept going back until I had traveled from Sinai to all the oases in the Western Desert.”

Cross’ love for Egypt is apparent through her work. She exhibited several collections of photographs of Egypt at Princeton’s Woodrow Wilson School of Public and International Affairs and published a book of photographs titled Egypt. “Mary Cross wore her heart on her sleeve,” said AUC Trustee Katherine Nouri Hughes. “She was loving, giving and brave, and a great part of her valor was to show her love openly –– to her friends, to the University to which she was devoted and to Egypt itself.  Every page of Mary’s iconic Egypt illustrates the artistry and affection of her gathering eye.”

An AUC trustee since 1993, Cross was a strong contributor to several of AUC’s scholarships that support both Egyptian and international students, including the Emergency Gulf Scholarship, the Hermann F. Eilts Endowed International Scholarship, the Palestinian Scholarship Fund, the Public School Scholarship Fund and the Thomas A. Lamont Endowed Scholarship. In 2002 and 2007, she established two individual Mary Cross Public School Scholarships to support Egyptian students who graduated from local public schools. Her contributions also made it possible to establish the Mary Cross Lecture Hall at AUC’s New Cairo campus, which is frequently used for class lectures and to host University events.

“Mary’s integrity and deep commitment to the University earned her the respect and deep friendship of all who served with her,” said Board of Trustees Chair Richard Bartlett. “Many of us had the pleasure of her company on board trips to Syria, Alexandria, Libya and Cyprus, and several of us choose to display her photographs on our walls and her books on our shelves and tables.”

Cross authored several notable photography books including Behind the Great Wall: A Photographic Essay on China (1979), Egypt (1991), Morocco: Sahara to the Sea (2000), Vietnam: Spirits of the Earth (2001) and Sacred Spaces: Turkish Mosques & Tombs (2013). She also photographed the Stone Age tribe of Papua New Guinea, the Hill tribe of Thailand and the Asmat tribe in Indonesia. Her work has been exhibited at Harvard and Princeton; University of California, Berkeley; University of Pennsylvania, Natural History Museum of Los Angeles County, Meridian House in Washington, D.C., National Humanities Center in North Carolina and Koç University in Istanbul. In 2000, Cross held a joint photography exhibition with John Waterbury, former president of the American University of Beirut, titled Walk in the Old City.

“Her photographs give the rest of us the chance to perceive what we mightn’t, except for that [gathering] eye,” said Hughes. “This makes Mary a teacher –– a great one –– and an enduring standard bearer of AUC.”

In addition to photography, Cross was a member of the Council on Foreign Relations, a board member of Network 20/20, and a trustee of The American School of Tangier and the Near East Foundation. She was also an advisory board member of Princeton University’s Department of Comparative Literature and a former advisory council member of the Institute for the Transregional Study of the Contemporary Middle East, North Africa & Central Asia, also housed at Princeton.

An avid traveler, Cross’ waning health did not stop her from traveling, photographing and writing about exquisite places. “Mary’s joie de vivre was truly inspiring, as she continued to travel, photograph and write as she persevered in the face of her declining health,” Bartlett said. “We will certainly miss her friendship, her abiding love of Egypt and her steadfast support of AUC.”