Al-Ississ: Trust is at the Heart of Business Relations in the Arab World 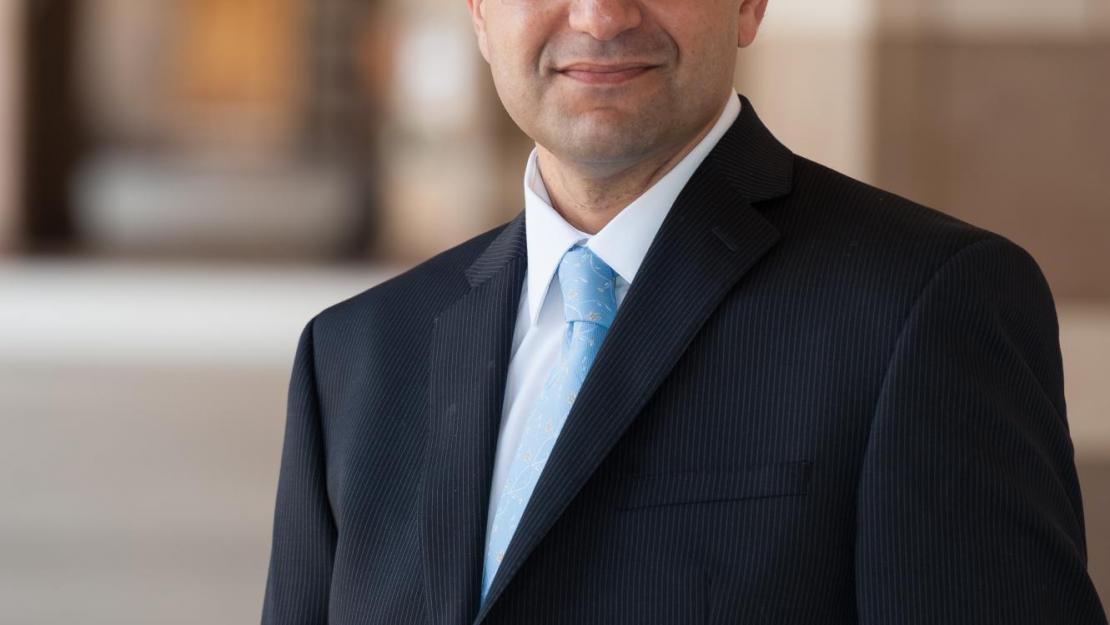 According to Economics Professor Mohamad Al-Ississ, business, particularly in the Arab world, is governed by trust

Trust sits at the heart of the business world, according to Mohamad Al-Ississ, assistant professor of economics.

“Most relationships within our modern economy are based on trust,” he said.

A critical factor in economic growth and development, trust has a sweeping impact on society, explained Al-Ississ. “If you look at it from an academic point of view, higher trust levels can be linked to higher growth and better civic engagement, which are linked to better economic performance. It is an essential element of how our modern economies function.”

According to Al-Ississ, globalization presents unique challenges to establishing trust in today’s business partnerships. An economics lecturer at Harvard University’s John F. Kennedy School of Government, Al-Ississ examined the relationship between trust, risk and betrayal in different global contexts. He co-authored “The Elasticity of Trust: How to Promote Trust in the Arab Middle East and the United States” with fellow Kennedy School Professors, Iris Bohnet and Richard Zeckhauser, along with Benedikt Herrmann, Andrea Robbett and Khalid Al-Yahia.

“Our main issue is how risk is linked to trust,” said Al-Ississ.

The co-authors found that not only are people risk averse, they are also averse to betrayal. “There is something innate in us that makes us avoid situations where we could be betrayed,” Al-Ississ noted.

While betrayal aversion is widespread, Al-Ississ pointed out that the ways different societies minimize betrayal are not. “The way business works in the Arab world is different from the United States, and we can explain this using betrayal aversion,” noted Al-Ississ. “In the Arab world, you have coffee or a meal together before you even start discussing a business deal, whereas Western countries have developed well-defined judiciary systems to protect individuals against betrayal, making this process much faster.”

Al-Ississ explained, “By inviting people out to dinner or coffee, people in the Arab world are adding a personal relationship to the business relationship, which makes betrayal less likely. But in Western countries, if betrayal does occur, people cash in their insurance to cover the cost of betrayal, and they move on.”

Ironically, Al-Ississ found that using insurance to minimize the probability of betrayal can actually have the opposite effect. “If two people are engaged in a business deal and one of them takes out insurance to protect against betrayal that act itself fundamentally changes the relationship because it is no longer defined as a partnership, but simply a business transaction,” he noted. “The fact that there is no personal relationship makes people feel less guilty when they betray. So, in effect, insurance may lower the cost of betrayal, but it also increases its probability.”

On the other hand, relying solely on personal business relationships in today’s world can impede a company’s ability to compete globally. “If people only conduct business with those they know, that would significantly lower their ability to expand,” said Al-Ississ. “There aren’t any right or wrong answers, but we do need to understand where we are in order to apply the right institutional incentives to help build trust and everything that goes along with it.”

One area where these cultural differences come into play is entrepreneurship, though cultural distinctions may not be so clear-cut in real life. “If you look at the lifeline of a typical entrepreneurial startup, in the beginning it is funded by angel investors, who are essentially oneself, family and friends. That is because there is trust based on personal relationships,” Al-Ississ explained. “In essence, angel investors and their behavior are similar to business in the Arab world.”

Startups then hit a point in their growth where they cannot continue to grow only from angel investments, and they reach out to venture capitalists. These new investments are not entirely based on trust, but more on track records. “Still, many venture capitalists will tell you that they don’t invest in ideas but in people, and here we see that trust and trustworthiness are still very much at the heart of entrepreneurship,” Al-Ississ noted.

Building Trust in the Egyptian Market

Though the study focused on Gulf and Levantine Arab societies, Al-Ississ believes the same relationships between risk, trust and betrayal would hold true for Egypt. “Egypt is expected to follow the same trends as the rest of the Arab world, since the social parameters are very similar,” he said.

For Al-Ississ, building trust is important to unlocking the global market for Egyptian entrepreneurs. “For local entrepreneurs to tap into the global market, they need to establish a record of evaluation so external investors can know the trustworthiness of their Egyptian business partners,” Al-Ississ said. “This means that Egyptian entrepreneurs cannot likely start with global funding, but they’ll have to start locally with domestic investments until they reach a level where they have a track record that they can share with global investors.”

Though building a track record is easier said than done, Al-Ississ believes that programs like the AUC Venture Lab at the School of Business offer Egyptian entrepreneurs a push in the right direction. “At AUC,” he said, “we’re trying to create that space where we lend our brand and images to local entrepreneurs as indicators of trustworthiness. Lending them this credibility signals to investors that this person has been vetted and approved by knowledgeable institutions like the AUC Venture Lab.”

He added, “Ultimately, AUC encourages entrepreneurship and investment in the region by reconciling different cultural understandings of trust. The two ways of dealing with betrayal are completely different schools of thought, and as our global economy becomes more integrated, institutions like AUC help fill the gap between the two.”