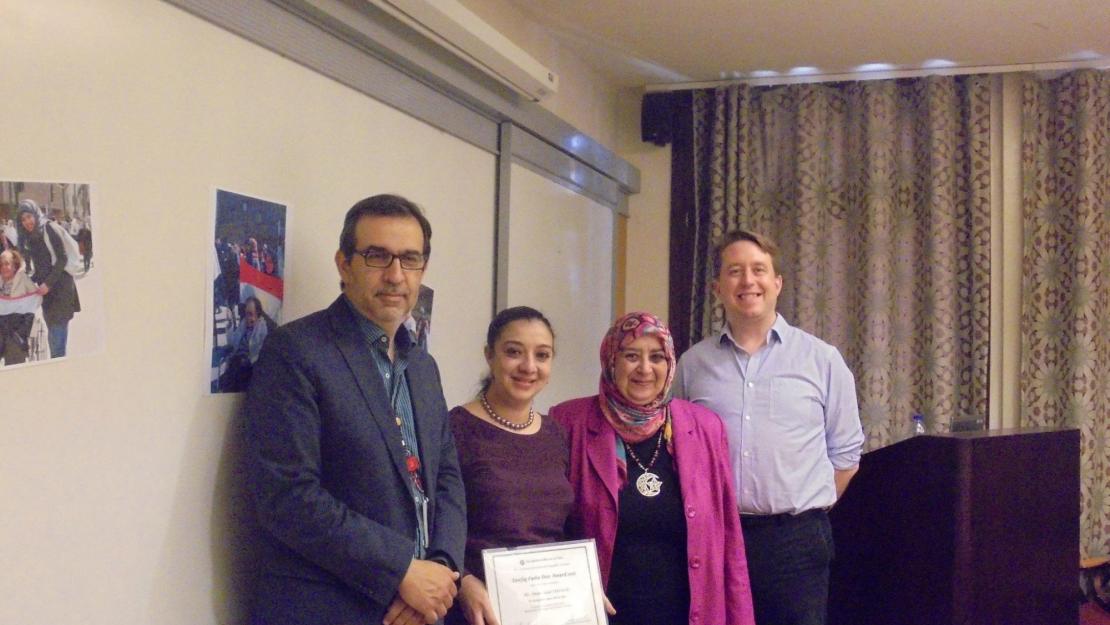 Darwish's thesis, titled "Courtly Culture and Gender Poetics: Wallada Bint Al-Mustafki and Christine de Pizan," is a comparative study of two medieval poets, one Arabic and the other French. Although they lived in different time periods and cultures, Wallada Bint Al-Mustafki and Christine de Pizan, as shown in Darwish's research, successfully challenge stereotypes about the status of women in the Middle ages. One of the Tewfick Pasha Doss Award judges, Justin Kolb, praised Darwish's "ability to avoid making facile or inappropriate comparisons while still finding points of connection between these very different female writers and their courtly worlds."

Darwish chose her thesis focus with the intention of exploring a previously untouched, interesting topic. She explains, "I wanted to write about something, and approach it, as a subject of appreciation; an effort to truly further the boundaries of human knowledge."  For this reason, Darwish meticulously researched her chosen topic, exhausting all available resources in the pursuit of her research in France and Egypt. "I felt as if I was entrusted with telling the stories of Christine and Wallada," she shared, "I loved the research process. I tried to read everything I could get my hands on. I explored all online sources, all French bookstores, and all local bookstores whenever I dropped back in Cairo for a visit."

Further challenges presented themselves after the research stage. As Darwish began to write, she evaluated all the angles with which she could cover the topic: "Should it be a historical study or a literary study? How much should I dissect and expose the text to the scrutiny of theory?  So, I tried to strike a balance between everything, bearing in mind that interpretation has its limits, and at the end of the day those women were producing works of art, at a very different time than ours." The scrupulous research, original comparative thesis, and theoretical grounding contributed to the success of Darwish's thesis.

Ferial Ghazoul, chair and professor of English and comparative literature and Darwish's thesis advisor, describes the thesis as "brilliant and original," a work "theoretically anchored in cultural studies, women studies, and close reading of poems in classical Arabic and medieval French." Darwish credits Ghazoul as an incredible resource critical to the success of her project, citing her guidance as "invaluable."

An engineer who works for a multinational company in France and Egypt, Iman Darwish says she was "extremely happy and honored" to receive the 2015 Tewfick Pasha Doss Award. "I was very flattered by the words of the committee," she humbly said.