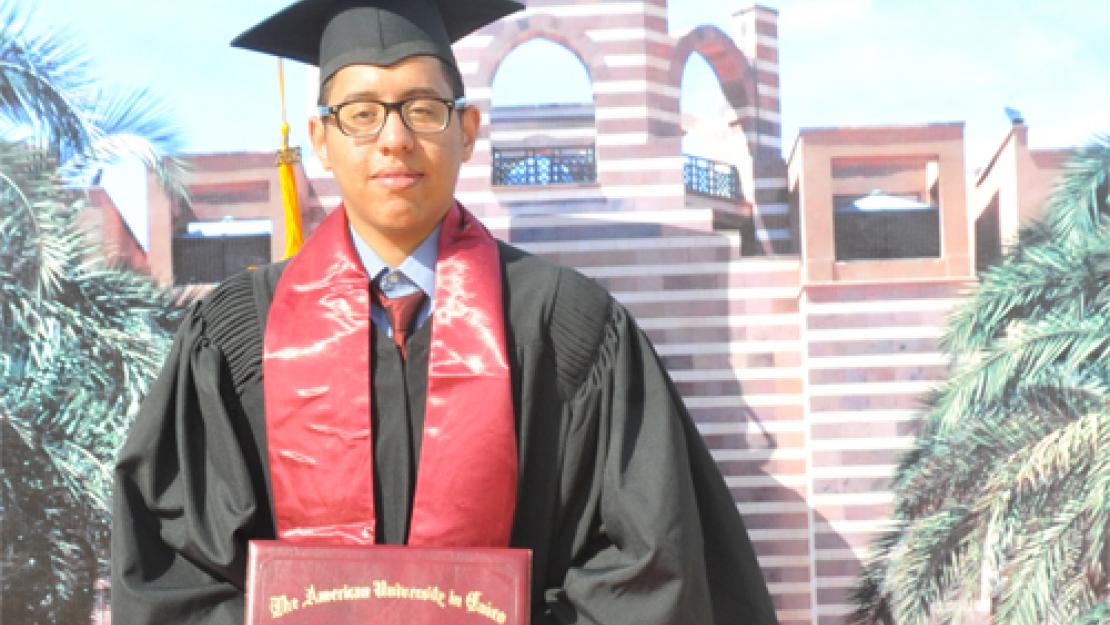 Jihad Salih Mashamoun, the first recipient of the Mo Ibrahim Foundation Undergraduate Scholarships for Nubian Students, graduated from The American University in Cairo (AUC) in February 2013. As a student, Jihad, who studied political science, developed a passion for foreign policy and a knack for political economy, taking courses with a regional emphasis including economic history of the modern Middle East and international politics in the Middle East.

Through his coursework, Jihad says his sense of responsibility toward his community grew dramatically, motivating him to positively influence those around him. He co-founded AUC’s Model African Union to initiate political discussions and to raise awareness of common continental goals. He also actively contributed to the Mo Ibrahim Symposium as a participant in the presentation, “The Political and Social Impact of the Dams on Nubia in Sudan.”

Jihad did not limit his involvement to just the campus community; he taught English to children in marginalized parts of Cairo as an intern with Al Shebab Institution for Promotion and Comprehensive Development. “AUC taught me that as an individual, anything I do will impact others, and I should always think and act in a way that will benefit my community,” he stressed. “I have been fortunate to have been a Mo Ibrahim scholarship recipient. It allowed me to purse a rigorous liberal arts education at AUC which taught me to think outside the box.”

Jihad plans to pursue a master's degree at AUC in political science focusing on Sudan’s role in international security in central and eastern Africa. “I want to understand the foreign policies of every African state in order to improve Sudan’s diplomatic relations across the continent by re-orienting its foreign policies toward Africa,” he explained. During his graduate studies, Jihad hopes to intern with an international organization engaged in promoting economic development and social progress on the continent.