Omar Fathy: AUC Gave Me a New Perspective on Life 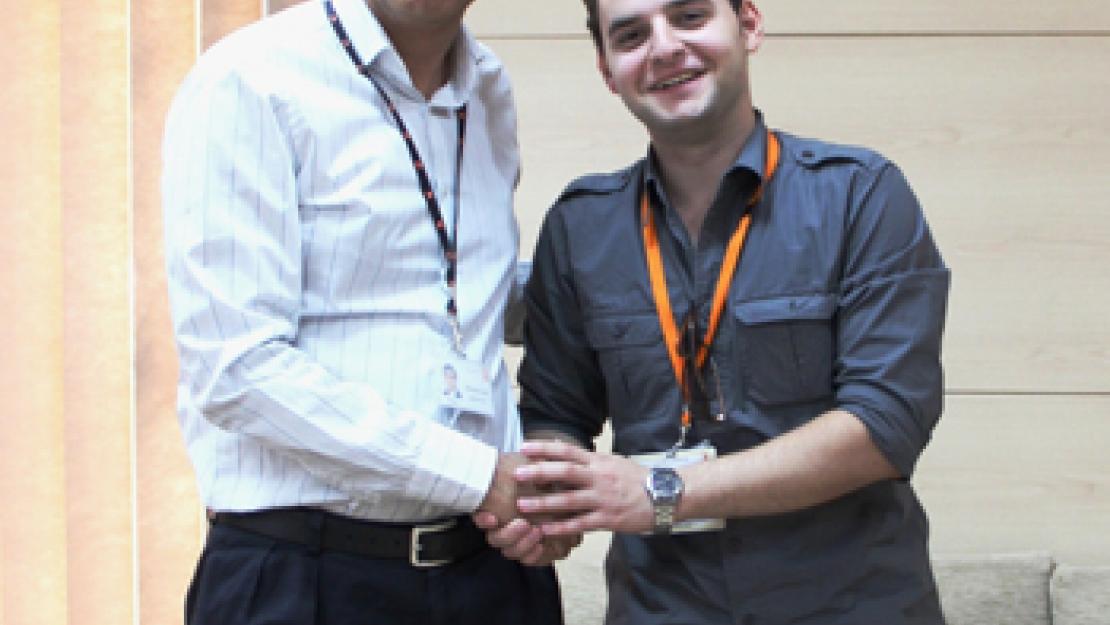 Omar Fathy, a sophomore from Mansoura, has changed significantly since being awarded the BG Egypt Public School Scholarship to study at The American University in Cairo (AUC). Fathy has grown academically, developed a professional skill set and discovered a passion for social justice.

As a petroleum engineering major, Fathy has been challenged in the classroom unlike ever before. In high school, he spent hours memorizing facts and figures for his exams, but at AUC, he quickly learned that his professors value an understanding of the concepts and theories more than rote memorization of the material. Fathy recalled, “One of the best lessons I’ve learned is to work smart, not just hard.”

While taking Philosophical Thinking, Scientific Thinking and Rhetoric and Composition as part of the Core Curriculum, Fathy was pushed to critically examine issues and develop his own opinions. He found himself researching topics he had never considered studying and discovered his capabilities in these subjects that he never knew existed.

In particular, Fathy discovered his passion for helping others while he became active in student clubs that work on issues of social justice. He joined the teaching committee of Glow, a community-service club that aims at developing students’ leadership skills. He excelled while teaching English and math to primary school students and received the Best Teacher Award for his work. He has also applied these skills on campus by tutoring and mentoring fellow AUCians through the work-study program. Fathy has provided training sessions to organizations and high-school students as a member of Developers Inc., a student organization that aims to empower its members with leadership, public speaking and management skills, as well as raise their awareness of social issues so they may become qualified developers in their communities.

“AUC made me realize my potential to do much more in life besides academics," said Fathy. "It taught me the importance of giving back to the community, communicating with people from different cultures and backgrounds, being independent and responsible for your own actions, and most important, thinking analytically rather than taking things for granted.”

Fathy is extremely grateful for the scholarship and BG Egypt’s support of AUC, as it made him realize that there are many people out there who are ready to offer a helping hand to those who deserve to be supported. “I will keep aiming high and accomplishing everything I can to live up to the expectations of this scholarship,” he said.

About the Public School Scholarship Fund

Established in 1997, the Public School Scholarship Fund (PSSF) provides full five-year undergraduate scholarships each year to 20  Egyptian public-school students who have succeeded academically, but may not have the necessary financial resources to attend AUC. It has so far supported more than 250 students, all of whom have demonstrated exceptional academic potential. PSSF is partially funded through the contributions of corporations and individuals, and is one of AUC’s most successful scholarship programs. Donors may support the general Public School Scholarship Fund or choose to name a current or endowed public-school scholarship.