From the Shelves of Anis Mansour to the AUC Libraries 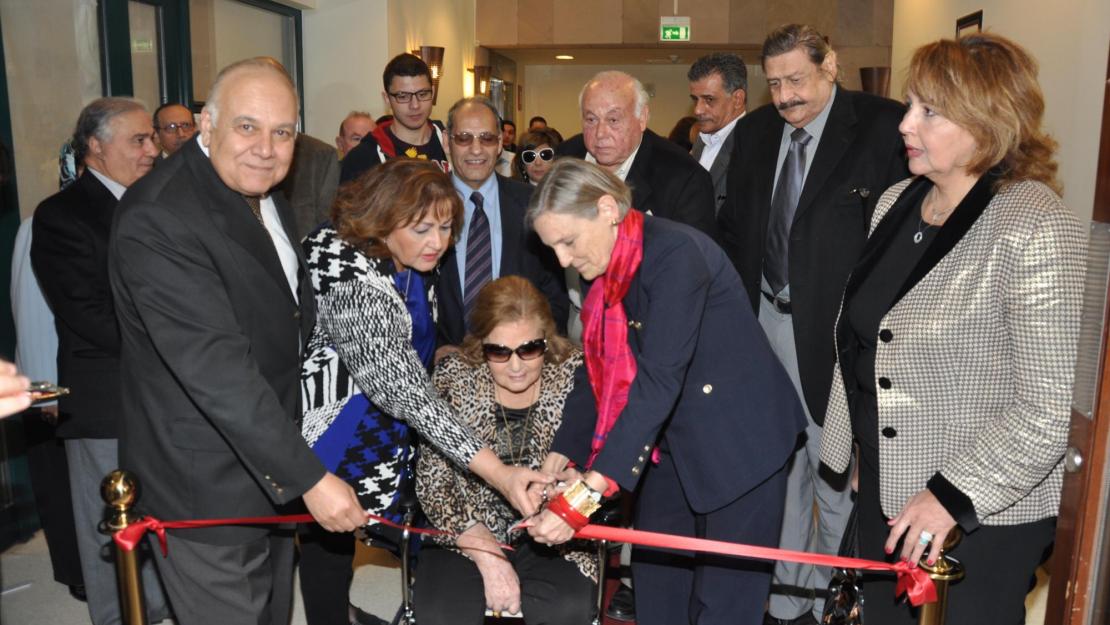 The Rare Books and Special Collections Library (RBSCL) at AUC has recently received a precious collection of books, manuscripts, personal invitations, short stories, photos, furniture and more from the home of the late Egyptian writer and philosopher Anis Mansour.

According to Croom, some of the manuscripts and unpublished documents are priceless as they reflect an important political era in Egypt’s history. Some of this collection includes:

- Books on Egyptian history, such as Nasser and His Generation (1978) by P. J. Vatikiotis and The Suez Expedition (1956) by André Beaufre
- Books on European civilization such as The Age of Louis XIV: A History of European Civilization
- Egyptology books such as Life in Paradise: The Nobles Tombs of Thebes and Tutankhamun and the Golden Age of the Pharaohs, which were dedicated by Zahi Hawas

This is in addition to thousands of signed novels, short stories, poetry books, plays and literary commentaries by Arab, French and English authors. Croom added that the collection also included documents about topics such as constructing new cities in Egypt, as well as many contemporary photographs, which reflect a very important period in Egypt’s political and social history. It is worth noting that AUC has put an Anis Mansour stamp on the full collection to preserve Mansour’s legacy.  Almost one-third of Mansour’s extraordinary collection has been processed and is now listed in the online catalogue of the AUC Library.

“We are all here to celebrate the donation of one of the most important and influential writers of his generation,” said AUC President Lisa Anderson during a special event hosted at AUC to commemorate Mansour’s legacy and lasting contributions to literature, philosophy and media. The event was attended by Mansour’s family, close relatives and friends including Mustafa Hussein of the Egyptian daily Al-Akhbar, renowned writers Sabry El Shabrawy and Farouk Goweida, and General Farid Haggag, Mansour’s brother-in-law, among AUC’s senior administrators and RBSCL staff.

“If you look from a distance, Anis Mansour was the self-conscious window on the world to Egyptians … he also brought Egypt to the world in the same way,” added Anderson, who also applauded the hard work that the skilled team at AUC’s conservation department put into preserving the gifted collection. According to Anderson, this gift to AUC’s RBSCL will ensure that Egypt’s history will be preserved now and for generations to come. “Thank you for being willing to do this for us and for Egypt’s future,” Anderson told Mansour’s wife and stepdaughters who were behind the donation of Mansour’s special collection to AUC.

Amr Salama, AUC counselor, praised AUC’s skillful and professional expertise in conserving this massive literary treasure of how around 12,000 books. “There is no doubt that Anis Mansour’s collection is housed in one of the biggest libraries in the Middle East,” said Salama to the attendees. “It is a huge benefit for everyone to have this collection accessible through AUC’s library. It is a valuable fortune beyond belief.”

According to Mona Ragab, Mansour’s stepdaughter, “We chose to donate Anis Mansour’s precious collection to AUC because we knew of AUC’s professional expertise and state-of-the-art facilities that will conserve and preserve this wealth of knowledge.”