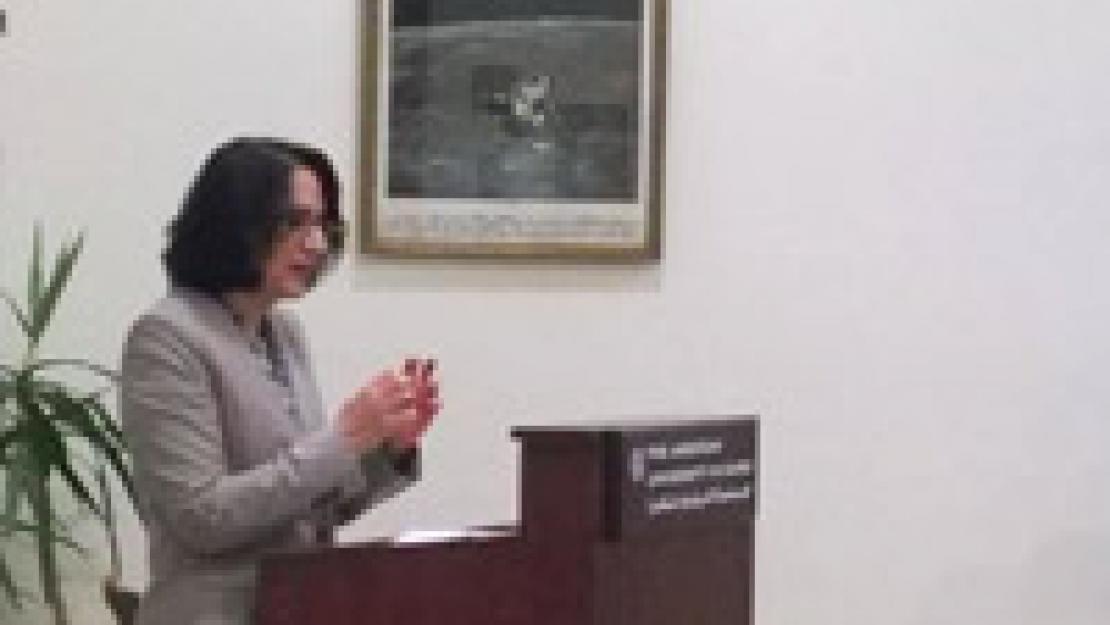 Lara Ahmed, Reham Abouelwafa and Bara Elhag are the three award winners for the 2014 Madalyn Lamont Literary Award, coming from different backgrounds but with a common passion for creative writing. “This award serves as a kind of motivation for me to write more,” said Ahmed, who submitted a short story titled "The Ventriloquist" about a man working a mundane job. A writer for the AUC Times, Ahmed believes that AUC consists of a lot of creative outlets, in terms of clubs, workshops, competitions and award ceremonies that help nurture and hone students’ creative writing skills. Ahmed is a freshman student at AUC, who is yet to declare a major.

Abouelwafa, the second award winner, is studying business administration with a concentration in marketing and a minor in digital media. In her junior year at AUC, Abouelwafa was rather surprised, yet extremely happy, to have won the award. “It feels great to get credit for something I really love doing, and it is a great opportunity to turn a hobby into something bigger,” said Abouelwafa, who submitted a short comic story about a magical refrigerator that grants you superhuman speed. “The only glitch is that you have to carry the refrigerator with you at all times, making it completely useless,” she explained. Abouelwafa has participated in several extracurricular activities on campus, and she is currently on an internship program at AUC’s Career Center, working as a graphic designer. Abouelwafa is putting together a portfolio of all her work so she can become an animator and perhaps open her own animation studio one day.

The third award winner, Bara Hatem Elhag, is a freshman student pursuing a degree in biology, but who enjoys an endless love for writing. “The story of winning third place is still surreal to me until now. I didn’t believe there was a chance for me getting past the nomination stage,” said Elhag, whose paper is about a fragile, old, frightened woman who believes there is a killer in her cellar. Elhag is currently applying for a summer internship at the Naval Medical Research Unit 3 (NAMRU-3), a biomedical research laboratory of the US Navy located in Cairo. According to Elhag, “AUC offers many venues for students to explore and display their talent, whether it be through exciting talent shows, or brilliantly constructed music practice rooms in the Center for the Arts, or, of course, something like the Madalyn Lamont Literary Award ceremony.” In addition to pursuing her passion for writing, Elhag hopes to work in medicine and “be the most beneficial world citizen I can be.”

The Madalyn Lamont Literary Award invites influential female speakers every year during the award ceremony held in the spring. This year, the guest speaker was Hoda Elsadda, chair in the Study of the Contemporary Arab World at the University of Manchester. Elsadda serves as co-director of the Center for the Advanced Study of the Arab World (CASAW) in the UK, associate editor of the online edition of the Encyclopedia of Women and Islamic Cultures, member of the Board of Directors of the Global Fund for Women, member of the Advisory Board of the Durham Modern Languages Series, and Core Group Member of the Arab Families Working Group. Elsadda is also the co-founder and current chairperson of the Board of Trustees of the Women and Memory Forum.