Persistence to Succeed and Passionate to Help Others 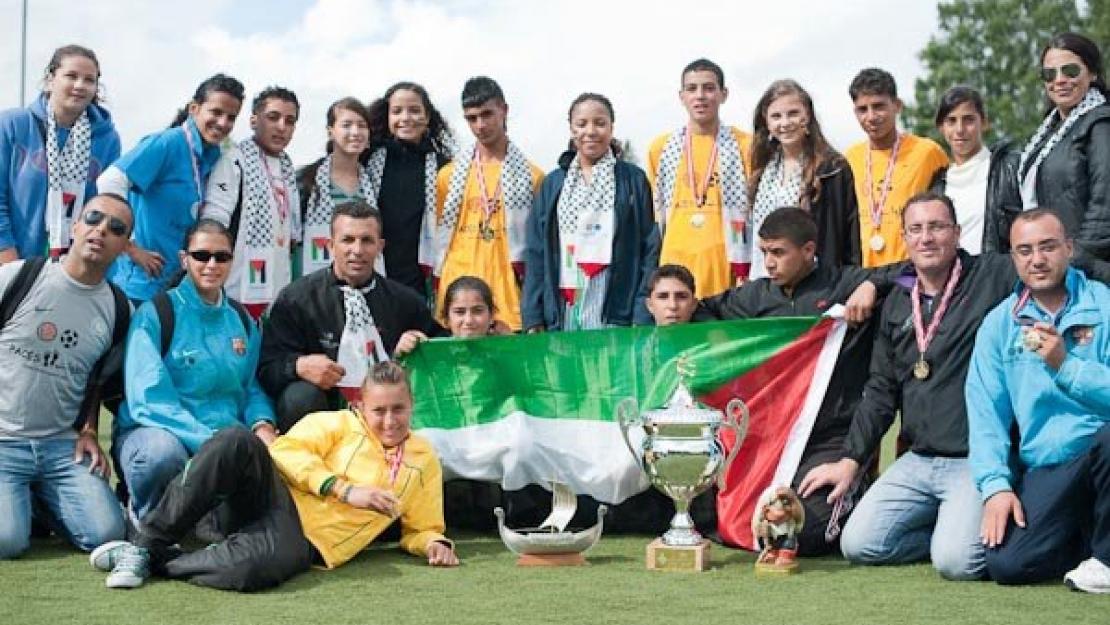 After graduating from AUC in 2007 with a bachelor’s degree in accounting, Maha Ziad Assaly pursued a career at PricewaterhouseCoopers as a consultant auditor for five years. She was also a part-time accountant at the Palestine Association for Children’s Encouragement of Sports (PACES), which was founded in June 2006 to provide healthy, structured after-school sports programs for Palestinian girls and boys.  The program targets boys who would otherwise be on the streets and exposed to violence and negative, or destructive, influences, and for girls as a means of getting them out of their homes and into empowerment programs.

As part of her job, Assaly traveled twice with the children to Oslo, Norway, where they had the chance to participate in football tournaments. During the trips, Assaly emphasized to the children the concepts of equality and respect among themselves and among other children from different nationalities. “I always reminded them that we represent Palestine, so we should behave well,” said Assaly, who was responsible for managing the expenses and taking care of 50 children. During her work at PACES, she also organized a group iftar at an orphanage in Palestine. “It only make me happy to see the other children happy, but it made me be thankful and grateful for all of God’s blessings,” added Assaly, who was the recipient of the Nashwa A. H. Taher Scholarship fund at AUC.

While at AUC, Assaly was an active member of Al Quds club and a member of AIESEC, one of the world’s largest youth organizations. Her participation in extracurricular activities helped her acquire many skills that immensely impacted her professional career. “AUC had a great impact on m life,” she said, “I acquired communication skills, which helped me feel more confident in dealing with people from different cultures and backgrounds, and I learned the importance of team work, which I applied greatly to my work.”

In December 2011, Assaly got married and moved to Montreal. Within the last two years, Assaly learned French, received her permanent residency and is planning to pursue her MBA and enter law school at McGill University. “I would like to thank Mrs. Nashwa for granting me the opportunity to study at AUC. Although I faced several challenges in finding a suitable job after graduation, I never gave up and I was always proud to say that I was awarded a scholarship at AUC,” added Assaly.

The Nashwa A. H. Taher Scholarship, awarded to female students from the Arab world, supports AUC’s mission to provide distinctive opportunities for gifted women to excel and impact their personal and professional lives. Additional scholarship programs at AUC that support education for Arab women are the Queen Rania Al-Abdullah ’91 Fellowship and the Arab Women’s Professional Program. They all aim to elevate the role of women in the Arab world and promote gender equality.