Ancient Traditions and Their New Meaning in Today’s World 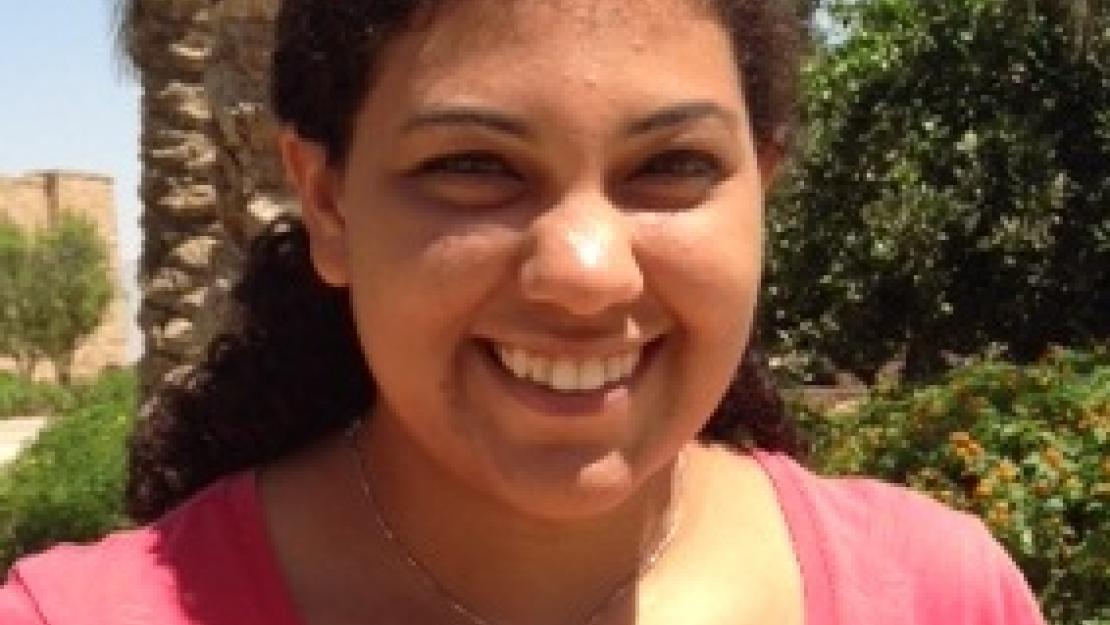 Her passion for ancient Egypt started in childhood; she challenged all constraints and decided that this was the future she wanted to pursue. Maryan Sobhy, the first recipient of the Selz Foundation Fellowship in Egyptology, has decided to delve into the religious rituals and culture of ancient Egypt to understand their manifestations in contemporary Egypt.

"When I was studying Egyptology during my undergraduate studies at AUC, it drew my attention to the similarities between our religious rituals and ancient Egyptians, and how this is reflected in our culture today," explained Sobhy, who conducted research on different topics related to Egyptology but found herself most interested in how ancient religious concepts are integrated into religion today. "We have taken the religious rituals from the past and given them a new meaning," she added. "I conducted a research study on the concept of hell in ancient Egypt and in today's concept of hell. I would like to work more on that and other culturally transmitted concepts that we still have today."

During her quest to interpret and understand ancient Egypt, Sobhy has gained a lot of skills along the way. The most important of all is the ability to think critically and interpret the different theories and ideologies of various Egyptologists. "There is no such thing as a right theory or a right interpretation when it comes to understanding the Egyptian culture," said Sobhy, who believes that one of the main advantages of an AUC education is that it teaches you to think outside the box, to challenge and to refute the theories that are not fully supported.

Sobhy acquired her bachelor's degree in Egyptology and business administration from AUC, earning a grade-point average of 3.8 out of 4.0. During her undergraduate studies, Sobhy received the Ahmed Fakhry Award in Egyptology, a cash award given to the most outstanding junior majoring in Egyptology. As a senior, she won the Samiha El Barkouky Award in Egyptology for her academic excellence. "I have learned a lot from my professors who are considered the best professors specializing in Egyptology." According to Sobhy, AUC invites visiting professors from different universities around the world to teach interesting topics in Egyptology, which she believed was great exposure for her and her colleagues who have a thirst for knowledge in their field.

"Among the most important opportunities that were presented to me at AUC was the chance to enter the work-study program, which allowed me to work in the AUC University Archives on the preservation of photos." Sobhy's Egyptology professors also presented her with the opportunity to volunteer in the registration department at the Egyptian museum, which gave her good experience in the field of museum work.

"The Selz Foundation Fellowship has given me a chance to take my first step in pursuing a career in Egyptology and it has allowed me to get the most benefit from the professors who have been teaching me during my undergrad years and will continue to teach me in my master's degree," she said. "I'm grateful for this opportunity because it means a lot to get such support and encouragement."

The Egyptology unit at AUC covers all aspects of ancient Egyptian civilization, from language and religion to art, architecture and social structure. Studying Egyptology at AUC includes site visits as well as hands-on experience in museums or at sites. The program aims at preparing students for careers in the science of Egyptology and on the preservation and management of Egypt's material heritage. In addition to the Selz Foundation Fellowship in Egyptology, AUC named the Zahi Hawass Endowed Research Fund, which was made possible by a number of generous individuals in honor of Egyptologist Zahi Hawass. The Zahi Hawass Endowed Research Fund supports hands-on research activities, including excavations, conferences, visits to foreign museum collections and sites, and other related activities of Egyptology graduate students.