How My AUC Experience Cemented my Commitment to Support the University 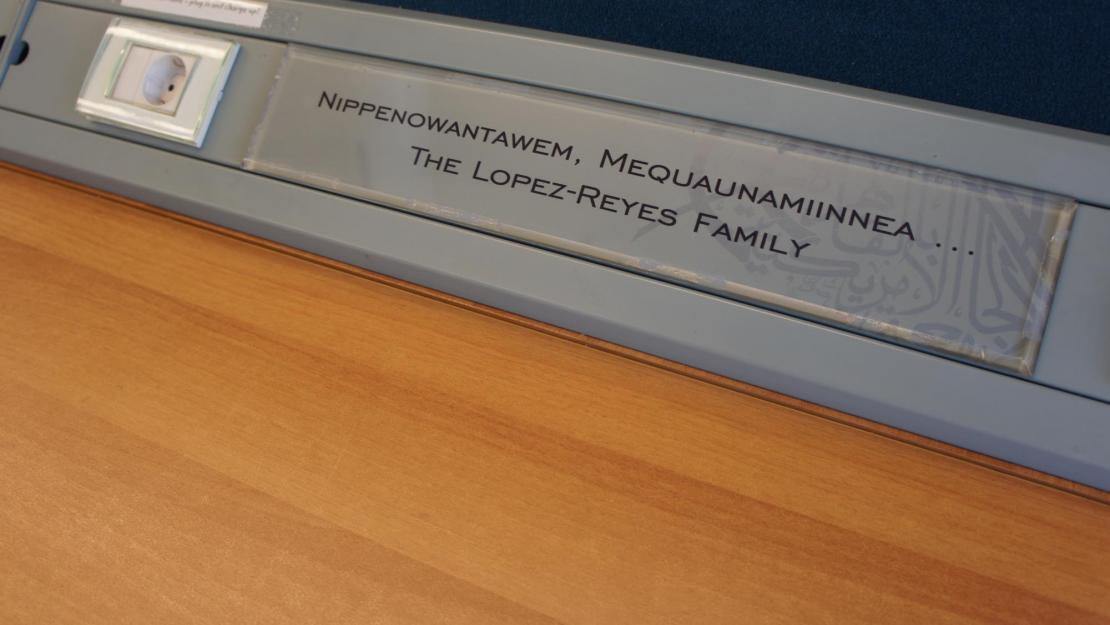 Named Space in the AUC Library

Testimony from former study-abroad student, Eduardo J. Lopez-Reyes, who came to study Arabic at AUC in 2005 and 2006. Lopez-Reyes has supported AUC's third annual Benefit Dinner under the theme AUC: Inspiring Women, and has named a study table at the AUC Library and a seat at the Bassily Auditorium at AUC New Cairo. He is also now serving as a committee member in the alumni association of the North American tri-state area.

I believe epiphanies serve a fundamental purpose in life. They are markers on the map toward fulfilling our God-given purpose. When “two roads” diverge “in a yellow wood” and you make a seemingly small decision, you may later realize how incredibly substantive that choice was based on how it changed you and brought you closer to that raison d’être.

My time at the American University in Cairo (AUC) served as one of those epiphanies, not only because of the affection I developed for Egypt but also for the love I developed for the Arabic language and the universe it opened for me. The American University in Cairo impacted my worldview, acuminating my understanding of the country and region in political study, thought, and work. During my time at AUC, I developed a stronger appreciation for past experiences —learning the importance of preserving and nurturing ties, not just across national, ethnic, and religious boundaries but also across time.

I support AUC because I want to be a part of the University’s stature and growth. I want to leave a mark on the University’s history to commemorate my time there, the friendships and bonds it cultivated, and the upbringing that guided me to it. A contribution to the University that bears our family name serves as a tribute to that family’s hard work, sacrifice, and commitment to education. Education is a paramount endeavor in our family and the knowledge of languages and cultures is vital to it. These elements intersect puissantly at AUC. My family and I support AUC because we want to nurture a partnership with the institution in our lifetime that will endure with our posterity. We want to help sustain these qualities.

Our inscription at the AUC Library table, “Nippenowantawem, Mequaunamiinnea,” is also carved into a monolith that stands outside the library at the University of Rhode Island, another institution in our family’s academic path. The words are: “phonetic renderings of phrases in the Narragansett language recorded by Roger Williams in, A Key Into the Language of America. It means: “I Am of Another Language, Remember Me.”