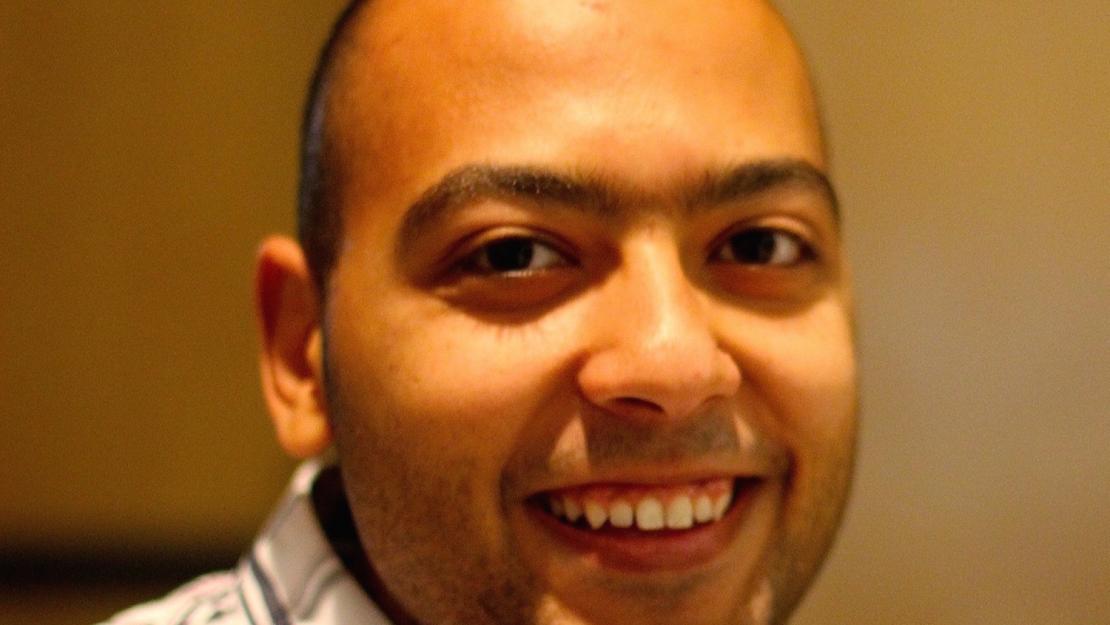 Karim Ali ’07, Shell Endowed Scholarship alumnus and postdoctorate researcher at Technische Universität Darmstadt (UT) in Germany, has studied his way around the globe, completing advanced degrees in computer science and earning international recognition for his achievements.

Among his various scholarships and publications, his most recent award demonstrates his intellect and tenacity. At the 2014 European Conference on Object-Oriented Programming, the leading international conference for object technology, he was the recipient of the Distinguished Artifact Award for his paper, “Constructing Call Graphs of Scala Programs.” Ali traces his success, however, back to his undergraduate years at AUC.

According to Ali, the quality of education and diversity of the student body at AUC were formative components of his experience as a computer science major. “Getting my bachelor’s degree at AUC helped me advance further in academia and made it easier for me to adapt to living abroad while I was doing my master’s followed by my PhD.” Without the opportunity to attend AUC on a Shell scholarship, his career trajectory would not have included graduate studies.

In reflecting on his undergraduate experience as an AUCian, Ali emphasizes the importance of extracurricular activities in the formation of a well-rounded student and person, acknowledging that “student life is not only about getting high grades.” At AUC, he was a member of the Help Club, assisting in the Ramadan Tamween Packages project, the database administrator for the Arab Youth Development Conference, and the academic head of the Association for Computer Machinery chapter at AUC. In retrospect, he says, “participating in those activities shaped my personality greatly. There, I learned how to care for my community, help the less fortunate, and participate in a lot of fruitful discussions.” Despite his involvement on campus, Ali regrets not being more engaged. “Honestly, I wish I was more active in extracurricular activities at AUC because I think I didn’t give it its fair share of my time. That’s definitely one thing I’d do differently if I had the chance.”

According to Ali, the value of community engagement and extracurricular involvement does not abate upon graduation. He was elected president of the University of Waterloo Egyptian Student Association in 2010, where he led a board of four elected executives in event planning, providing services like notarized translation services and liaising with the consulate regarding study leave renewals. While in Canada for his master’s degree and PhD, he was an active member of the Egyptian and Waterloo communities.

His simultaneous intensive research work and heavy community involvement stand as testaments to the global, progressive education he received at AUC. According to Ali, “the most important lessons I learned at AUC were how to deal with diversity, present myself, think for myself, take action rather than just talk, and think about the big picture.” Such a learning environment, in his opinion, can have a transformative effect on its students. “AUC is a beacon of hope in our region that clearly testifies to what our youth could achieve given the right environment.” As Ali rises in the difficult and important field of computer science, he continues to attribute his ability to think critically and live purposefully to his years as an undergraduate at AUC.