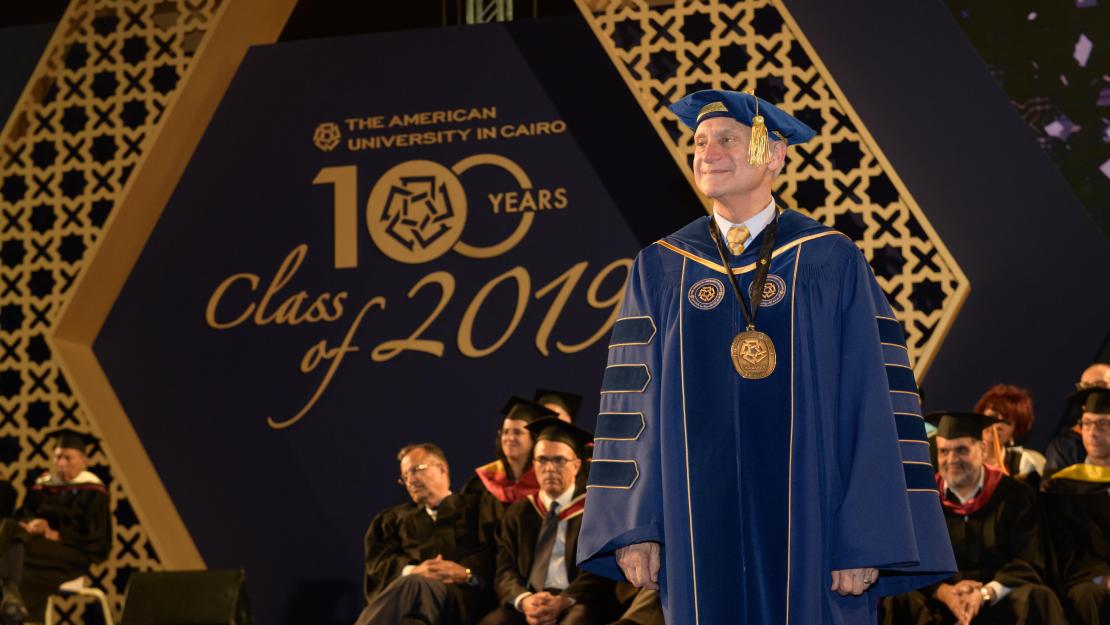 Nada Hussein Habib had no idea she was about to be offered a full scholarship to AUC on live TV. As the highest performing thanawiya amma student of 2018, she was invited to appear on the Maakom Mona Elshazly show, prepared to talk about her accomplishments and future goals. Little did she know, AUC President Francis Ricciardone had orchestrated the whole thing — from tracking her down to getting her on the show — and was waiting for the right moment to break the news.

“The crowd went wild,” Ricciardone says, laughing as he recalled the moment. “And she accepted, of course.”

This is just one special moment Ricciardone picked out of what he calls his “photo album of memories” that have made his time at AUC worthwhile. As he enters his last few weeks as president of the University, retiring in June 2021, he says he’s grateful for every chat, laugh and interaction he’s had with AUC’s most prized possession: its people.