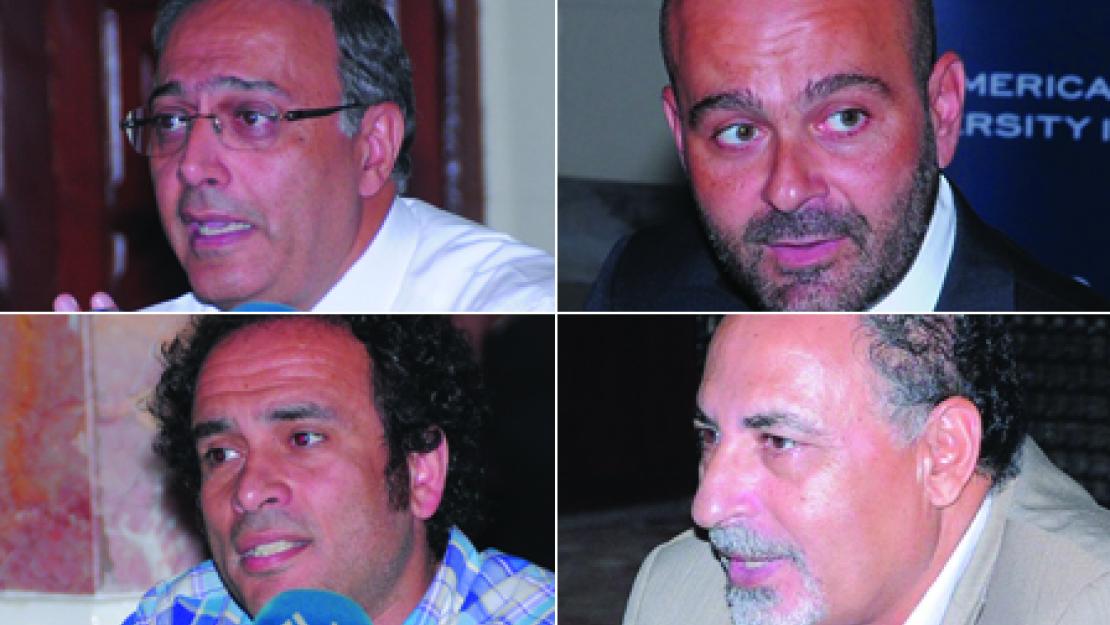 Egypt’s new constitution does not go far enough to protect freedoms and ensure balance of power among various branches of government, according to a panel of faculty experts dissecting the current draft of Egypt’s next constitution. Speaking at a media roundtable on Monday, faculty warned that the constitution was only the beginning. The development of laws, enforcement capabilities and institutions would be critical to any long-term positive change, asserted the panel.

In the next few months, the new draft of the Egyptian constitution currently being debated by a 50-member committee will be voted on by referendum. The new constitution, Egypt’s second since the January 25 Revolution, will replace the 2012 constitution, which was the source of controversy at the time.

After highlighting that constitutions around the world have been drafted in many cases at times of struggle and without “fully inclusive committees,” Amr Shalakany, professor of law, pointed out that this draft contains key “regressions” from previous drafts. The military and the judiciary have been afforded a great expansion of powers in the proposed amendments, according to Shalakany. “There is an expansion in the authority of the state council and the Supreme Constitutional Court in a worrying way,” Shalakany said. “After two years and half of a revolution, we still need a different judicial system.”

One of the major concerns raised during the roundtable was the need for a constitution that would establish a clearly defined civil state. “If we want a civil state, we should be clear about it, not stand in the middle,” explained Said Sadek, affiliate professor of sociology.

Similarly, Mustapha Al Sayyid, adjunct professor of political science, raised concerns about the need to have a constitution that demarcates between religious and political spheres. Citing the role of religious institutions like Al Azhar, Al Sayyid noted, “I believe that Article 4 in the 2012 constitution, which referred all that is related to sharia to Al Azhar, means putting Al Azhar over all powers. It is known that judges are the most capable of explaining the principles of sharia, and we never had any court ruling against sharia. Al Azhar should not be pulled into any political conflicts.”

Faculty members also noted the importance of drafting a constitution that would preserve civil liberties for all Egyptians. Amr Hamzawy, professor of public policy, stressed how articles on freedom of expression and belief, which were highly criticized in the 2012 constitution, need to be modified. “We can’t limit the right to belief to the three monotheistic religions and neglect the rest,” he said, adding that civil liberties should be extended not only for religious minorities, but also women and children.

Hamzawy also stressed the necessity of a right to information. “Freedom of information is the basic right for citizens and should be highlighted in the constitution,” he said. “State and private institutions should be obligated to provide information to the people.”

But other professors noted that these civil liberties often fail to become a reality. “Many constitutions are like poetry with brilliant articles on human rights, but with a bad record of abuse,” Sadek said. He argued that in order to ensure that the state preserves these rights, a mechanism for accountability needs to be established. Sadek suggested that an ombuds office should be created that is legally binding to the government.

Hamzawy also raised concerns about the 50-member committee’s lack of discussion about the imbalance between military and civilian powers. “Regulations over the security institutions and the monitoring role of the legislative and the executive powers are once again absent from the discussions,” he said.

Faculty members noted that in order to address the issue of the balance of power, changes need to be made to electoral procedures and appointments. Hamzawy pointed out that in the past couple of years, elected bodies have been marginalized in favor of the appointed ones. Moreover, Al Sayyid indicated how the 2012 constitution, which allowed the president to appoint the prime minister, led to conflict. “To avoid conflict between the president and the majority in parliament,” Al Sayyid said, “the parliamentary majority should be allowed to choose a prime minister.”

Al Sayyid also took issue with not only the appointment process, but the electoral procedure as well. He believes that there are key problems with the single-member voting system, which allows only one seat for legislative members competing in their districts. He argued that this system encourages religion, money and kinship to control the elections. “This system is going to cause future political unrest,” he said.

To watch the first part of the media roundtable,click here.

To watch the second part of the media roundtable,click here.