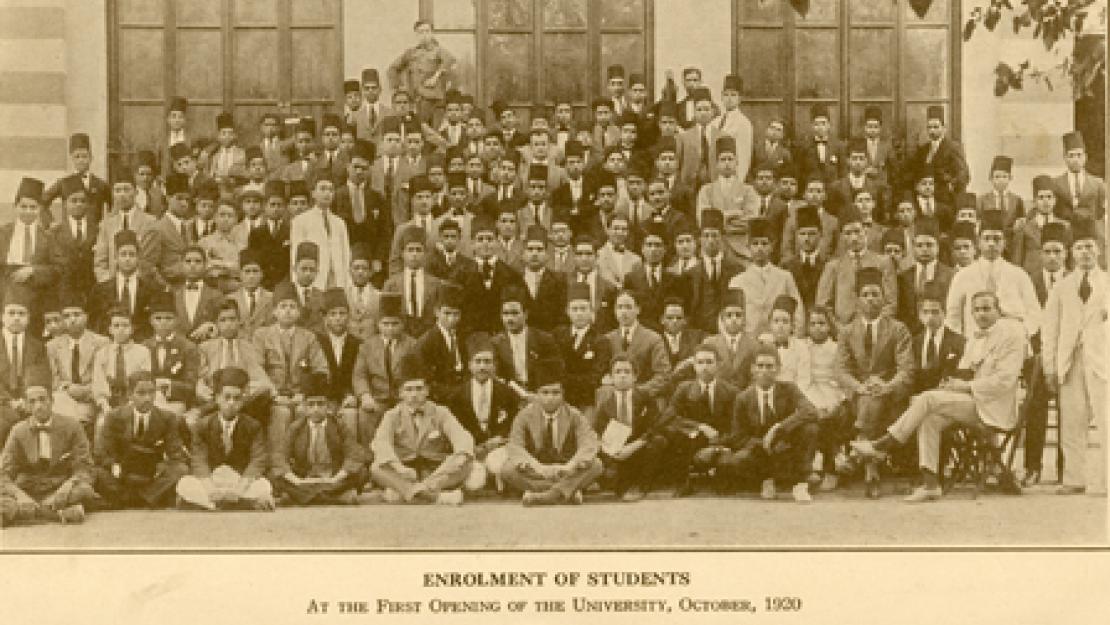 The academic program and study body grew steadily over the years. In 1921 - 1922, the number of students rose from less than 150 to 200, and a third year of studies was added to the curriculum. By Fall 1922, the College of Arts and Sciences expanded to a four-year program, with the final year in the arts section equivalent to a sophomore year at an American college. In June 1923, AUC held its first commencement, granting diplomas to 20 graduates.

In the 1920s, students were graded on character traits such as obedience, diligence, punctuality, cheerfulness, personal appearance, honesty, initiative, generosity and companionship. The rating was made twice a year to help students improve their personalities in preparation for success in life. As Charles Watson, AUC's first president, noted in the commencement address of June 1925: "The American University at Cairo has, from the beginning, laid a unique emphasis on character training in education. Our education is directed not merely to the student's head and intellect, but also to his heart and moral character. ... It becomes a duty, therefore, to see that moral training shall go hand in hand with scholarship in all our process of education."