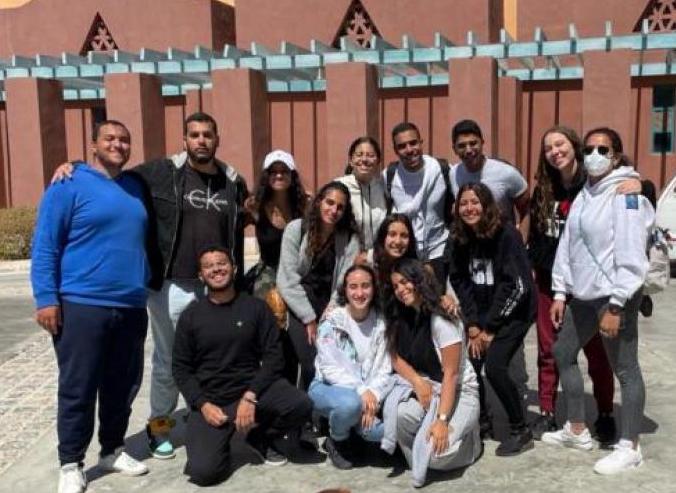 For the 11th consecutive year, Cairo International Model United Nations at The American University in Cairo (AUC) has received the Outstanding Delegation Award, the most prestigious recognition in the New York-based National Model United Nations. The delegation also went over and above, with six out of eight Position Paper Awards and two Best Delegation Awards for a total of nine awards. CIMUN received these awards with a smaller team this year in the virtual edition of the conference.

"As usual, CIMUN never fails us," said Walid Kazziha, professor of political science and faculty adviser for CIMUN and the Cairo International Model Arab League since 2012. "In the best tradition of previous generations of students from AUC, our team this year continued the excellent work. Once more, they made us all proud."

He added, "As their faculty adviser, I’m particularly indebted to them for their relentless efforts to achieve the best results in what they do, despite the difficult times we are going through.”