A Behind-the-Scenes Look at the Emergency Management Team 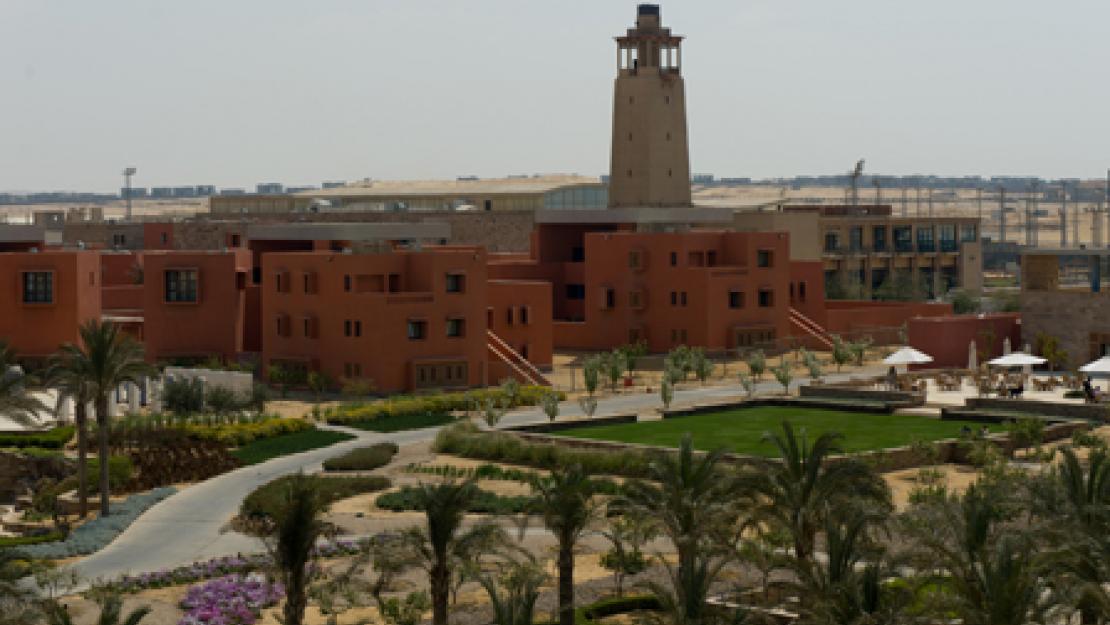 From water shortages to civil unrest, AUC has faced several emergencies in the past couple of years. During such crucial times, the response has to be immediate and well-informed. Behind every decision taken is the Emergency Management Team (EMT), made up of 16 members from the University cabinet and other senior administrators. The team evaluates and assesses events or activities that disrupt or have the potential to disrupt the operation of the University. Ultimately, the views of the EMT are provided to the AUC president for her final consideration and decision.

“Any large organization needs to have in place a structure that allows it to assess risks and to consider approaches to responding to a risk,” said Brian MacDougall, executive vice president for administration and finance and EMT chair. “It is very common for universities to have emergency management teams so they can prepare for any type of risk, and to allow for debate and discussion about particular elements associated with an event.”

When the EMT faces a situation that could potentially disrupt University operations, a meeting is arranged among all members to evaluate the information they know about the situation, whether it is a water shortage on campus or a protest that may disrupt transportation routes. “We always have to sift out rumor from fact,” MacDougall said. “The University community is looking for timely and accurate information.”

The top priority for the EMT is the safety and security of members of the AUC community, explained MacDougall. Decisions about campus closures, for example, are based on an assessment of whether members of the community are at risk if they are asked to commute. Sometimes, as was the case with protests over the summer, the problem was about operating the transportation system given the extensive road closures.

Before any decision is taken, the EMT assembles all information regarding the issue at hand, utilizing both internal and external sources of information, including contacts with relevant local authorities. Once the EMT has assessed the evidence about an event, they create a plan. This plan is formed with input from several actors in the University community, including figures like the senior director of transportation, the director of environmental health and safety, and the director of security.

During the meeting, oftentimes Dr. Mohamed Amin, head of medical services, contributes to the planning process by giving insight into what potential medical risks may arise. “When EMT is faced with an emergency, we have a full medical emergency plan and contingency plans if needed,” Amin said. “We also provide extra shifts in the campus that needs coverage, and sometimes make available extra ambulances through contacting hospitals. An example of that was the ambulatory clinic that we provided during the January 25 Revolution in the downtown campus.”

AUC has had to deal with several situations that most universities do not have to face. Due to civil unrest, the EMT has had to closely monitor the streets and roads to ensure that AUC’s 17 transportation routes can operate safely. “To make sure that nobody from our community faces any trouble or problems going home or coming to campus, sometimes we change the pick-up points to another pick-up point that is safer, or assign security guards at the Tahrir pick-up point to secure our community from any crimes that may occur there,” said Mokhtar Ragab, director of security.

But because of the unpredictable nature of some of these emergencies, the EMT has had to learn how to adapt to any sudden changes. “Your plan of ‘now’ may change very quickly,” MacDougall said, recalling that on the third day of the January 2011 protests, the EMT had met in order to decide if the University would still be able to operate. “We were feeling very prepared for possible events that might happen over the weekend, and we had decided to send out communications to the University community using email,” MacDougall said.

Later that night, MacDougall received a call from AUC’s chief technology officer, Nagwa Nicola, who told him that Egypt was going to be “unplugged.” The EMT quickly changed its plans about how to communicate with the University community, turning to phone trees and landline communications, since emailing was no longer a possibility.

EMT’s adaptability is possible because, according to MacDougall, “the team works well together.” Members of the EMT meet regularly, sometimes on a daily basis, during severe emergencies like this past summer’s civil unrest. They are constantly assessing and reassessing their plans, mindful of incorporating community feedback.