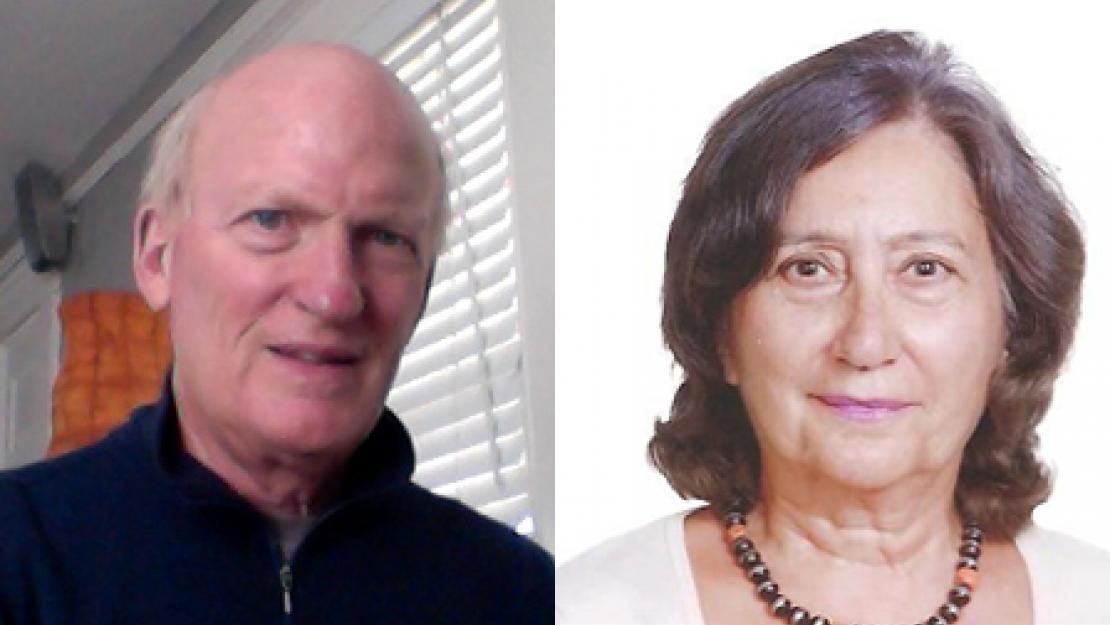 Ferial Ghazoul, chair of the Department of English and Comparative Literature, and John Verlenden, writing instructor at the Department of Rhetoric and Composition, have won the University of Arkansas Arabic Translation Award. They received the award in recognition of their collection, Chronicles of Majnun Layla and Selected Poems of Qassim Haddad. Ghazoul and Verlenden’s manuscript will be published by Syracuse University Press. The translators and poet will also split a prize of $10,000. The award recognized Ghazoul and Verlenden’s translation of works by Qassim Haddad, a poet from Bahrain whose reworking of the Majnun wa Layla poem and other stories has led to international recognition.Ghazoul noted the importance of the award in the literary world. “The award is an international recognition of poetry as a valuable literary genre and of the role of translation in globalizing regional cultures,” she said. “It highlights the success and importance of collaborative work between scholars and creative writers. Above all, it puts AUC faculty’s contributions on the map of contemporary world literature.” Verlenden hopes that this translation of Haddad’s work will help readers gain a deeper understanding of storytelling and literature. “I hope literary readers and scholars will look further into Qassim Haddad’s work, with pleasure,” he said. “I hope readers will be entranced all over again by his retelling of the ancient Majnun wa Layla story with all his postmodern arguments and caveats. The work is, among other things, a showcase of oral historiography and its analyses. With Haddad, however, the intellectual always serves the passionate and the beautiful.” Ghazoul also noted the importance of translating Haddad’s work. “I have faith that readers will be able to enjoy and learn from our translation the ways a poet can capture our most intimate human longings and suffering, and how compelling poetry can cross borders and transport its audience beyond local settings,” she said. The two faculty members have been translating as a team since 1995. Their first project, Quartet of Joy by Muhammad Afifi Matar, also won the University of Arkansas Arabic Translation Award in 1997. “Winning the award for the second time meant that, after 16 years, our talents and dedication can still amount to something,” Verlenden said. The team also translated the Naguib Mahfouz award-winning novel, Rama and the Dragon by Edwar Al-Kharrat (AUC Press, 2002). In addition, they have submitted a series of poems by Saadi Youssef and Qassim Haddad to Banipal, the prominent London-based magazine for Arabic literature translated to English. In addition to teaching at the University, Verlenden writes fiction, nonfiction and poetry. Ghazoul is the editor of Alif: Journal of Comparative Politics, a peer-reviewed interdisciplinary journal at AUC on critical scholarship, published annually in Arabic, English and French. She is currently working on an issue dedicated to new comparative approaches to Middle Eastern literature. The University of Arkansas Arabic Translation Award is granted by the King Fahd Center for Middle East Studies, under the J. William Fulbright College of Arts & Sciences, University of Arkansas. The translation effort was greatly enhanced in 2010 by a generous grant from the National Endowment for the Humanities.