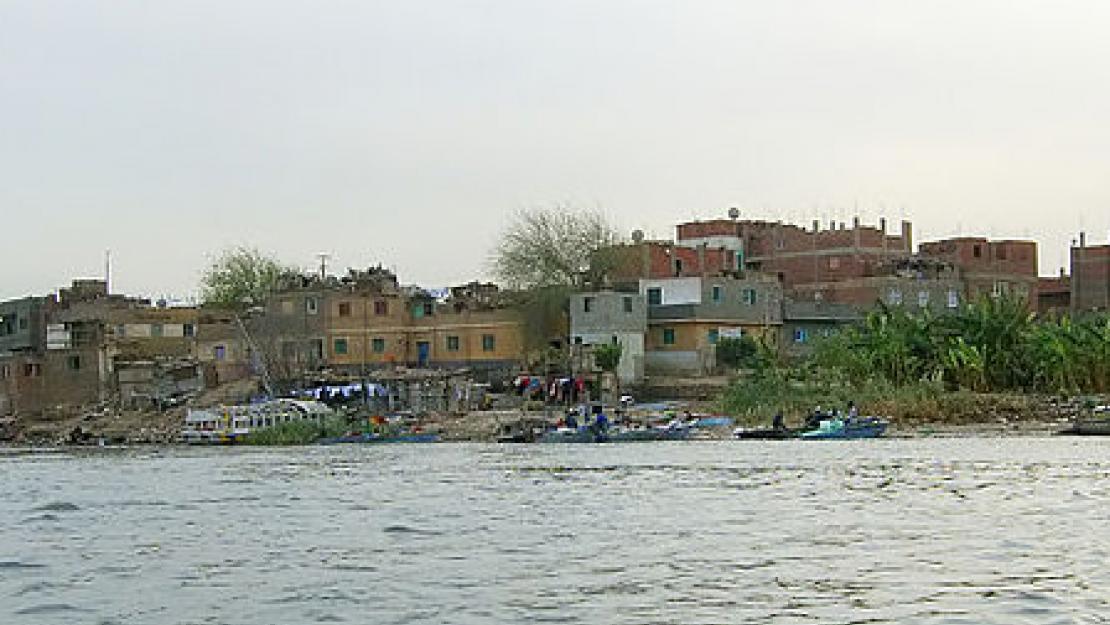 One of the common misconceptions about informal settlements is that all residents are poor and uneducated. While there are predominantly low-income people residing in these settlements, there are also middle and higher-income inhabitants whose resources could be harnessed to help the community.
“Different community members could contribute different things, as diverse resources are needed,” said Salma El-Sayeh, a graduate of AUC’s Master of Arts in community psychology who conducted a study of Masaken Geziret Al-Dahab, an informal area in Giza. El-Sayeh conducted interviews with representatives from community-based organizations, governmental offices, informal groups and one political party. “There are small community-based groups with limited resources, and there are influential community leaders, including factory owners. The better-off residents could support financially, while others could dedicate time or technical knowledge.”
Nearly 63 percent of greater Cairo’s population, or an estimated 11 million citizens, are living in informal settlements, making it Egypt’s main mode of urbanization. While there are a number of governmental, charitable and civil society organizations working to address this issue, informal settlements continue to expand, as interventions have been unsustainable, disempowering and small scale. Taking an active stance to address this problem, El-Sayeh proposed community coalitions as an alternative method –– based on a community psychology model –– for working in informal settlements. “Community coalitions would involve the primary stakeholders in the community and draw from resources that may already exist,” she explained. “This approach acknowledges that settlements aren’t going anywhere and brings together NGOs, families and the private sector in these areas to develop sustainable solutions. Community coalitions are more empowering because the initiatives come from the people, rather than being imposed by the government or a big donor.”
The main problem, El-Sayeh explained, is that when NGOs do intervene in settlements, these interventions are not sustainable because the programs are usually not large enough to make a real impact in residents’ lives. In addition, when funding for a project ends, the program disappears, without leaving a structure in place for residents to continue benefiting from the intervention. Government efforts are also fraught, as the preferred government policy is to compel residents of informal settlements to move into public housing in remote areas. This option is not attractive, and in many cases not even offered, meaning that these settlements are here to stay and that successful interventions must focus on maintaining and improving them.
“In these informal settlements,” El-Sayeh noted, “many people are living in unhealthy neighborhoods with poor access to sunlight, ventilation, formal education or emergency medical services. There is also a stigma associated with informal settlements. Residents are seen as criminal or aggressive. Meanwhile, there is a predominance of charity in these areas rather than NGOs, meaning that people are given handouts rather than mechanisms and tools needed to enhance their self-reliance.”
Informal settlements are also not all alike in how developed they are or what problems they are facing. “Usually, the infrastructure is bad in informal settlements, but sometimes this is not the case, and residents may wish to focus on problems aside from infrastructure,” El-Sayeh affirmed. “In Masaken Geziret Al-Dahab, community members I spoke to said they would like community coalitions to focus on raising employment and curbing drug addiction. Through these groups, the residents themselves identify their main concerns.” The potential for collaboration and grassroots development in informal settlements has not been realized for a number of factors, aside from unrealistic government policies and incomplete NGO interventions. El-Sayeh found that political differences were a primary concern for residents when she asked if they would be interested in joining a community coalition. “Political affiliations are keeping people apart,” she said. “People said they wouldn’t join if members of certain political parties were involved, or they would leave if they felt that their rivals were dominating the coalition. Another issue is competition between the largest families, as there are usually large families in these areas , each of which would want to maintain its dominance by claiming credit for a coalition’s efforts. Community members are worried that the most powerful families would monopolize coalitions.”
To tackle these concerns, El Sayeh suggested a number of safeguards, including strict bylaws, rotating leadership and transparent decision-making processes. “Although it is less empowering, a coalition would likely be more successful if an external convener is involved to ensure neutrality and participation by a diverse set of stakeholders who may have opposing views,” she recommended. “If the convener is perceived as impartial, this could facilitate the pooling of more resources, especially community members with technical expertise.” El-Sayeh also noted the importance of reaching out to marginalized community members, including youth and women.
El-Sayeh presented the results of her study last summer at the biennial conference of the Society for Community Research and Action in the United States. Ten other members of the AUC community, including faculty members, undergraduate and graduate students, and alumni presented at the conference, making AUC the largest international delegation.