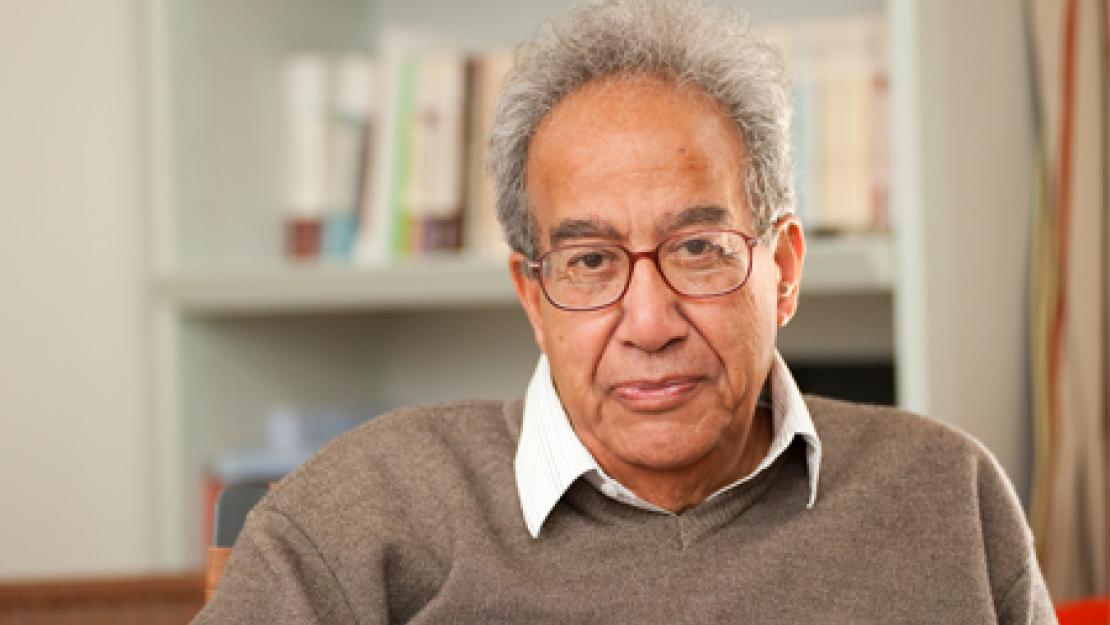 Professor Emeritus Galal Amin, a member of AUC’s Department of Economics for 44 years, has been awarded the prestigious Medal of Sciences and Arts of the First Class for his lifelong achievement and prolific body of work in the social sciences.

“It is a great pleasure to win this award,” said Amin, “especially because I have respect for those who were awarded along with me and feel that I am in very good company, and the award was given by a president who enjoys popularity and respect. In the years before the revolution, this was not the case, and awards were not always given to those who were deserving, so it is meaningful to win this medal now.”

Amin was awarded along with 12 other prominent writers, artists and intellectuals. The honorees were announced by President Adly Mansour on Saturday, December 14.

Amin received an LLB from the Faculty of Law, Cairo University in 1955, and an MSc and PhD from the London School of Economics in 1961 and 1964, respectively. Prior to joining AUC in 1979, he was a visiting professor of economics at Ain Shams University and the University of California, Los Angeles, and was economic adviser to the Kuwait Fund for Economic Development.

He has authored many books in both Arabic and English on economic, social and political issues in Egypt and the Arab world, including Whatever Happened to the Egyptians (AUC Press, 2000) Whatever Else Happened to the Egyptians (AUC Press, 2004), The Illusion of Progress in the Arab World: A Critique of Western Misconstruction (AUC Press, 2006) and The Philosophy of Economics (Dar al Shorouq, 2008). In August 2013, Amin was awarded the State Appreciation Award in Social Sciences, which is presented by the Supreme Council of Cultural Affairs to distinguished social scientists. In 2010, Amin received the Sultan Bin Al Owais Cultural Foundation Award in recognition of his contributions to economics, politics, community and culture. He is also the recipient of the Award for Economics from the Kuwait Foundation for the Advancement of Science; the Order of Merit for the Sciences and Arts from the President of Egypt; and the Egyptian State Prize for Economics. He is a member of the Egyptian Economic Society, the Egyptian Society for Human Rights and the Arab Society for Human Rights, and he serves on the board of the Arab Society of Economic Research.