Friedlander to Speak on Rumi and Sufism Today, Documentary Featured 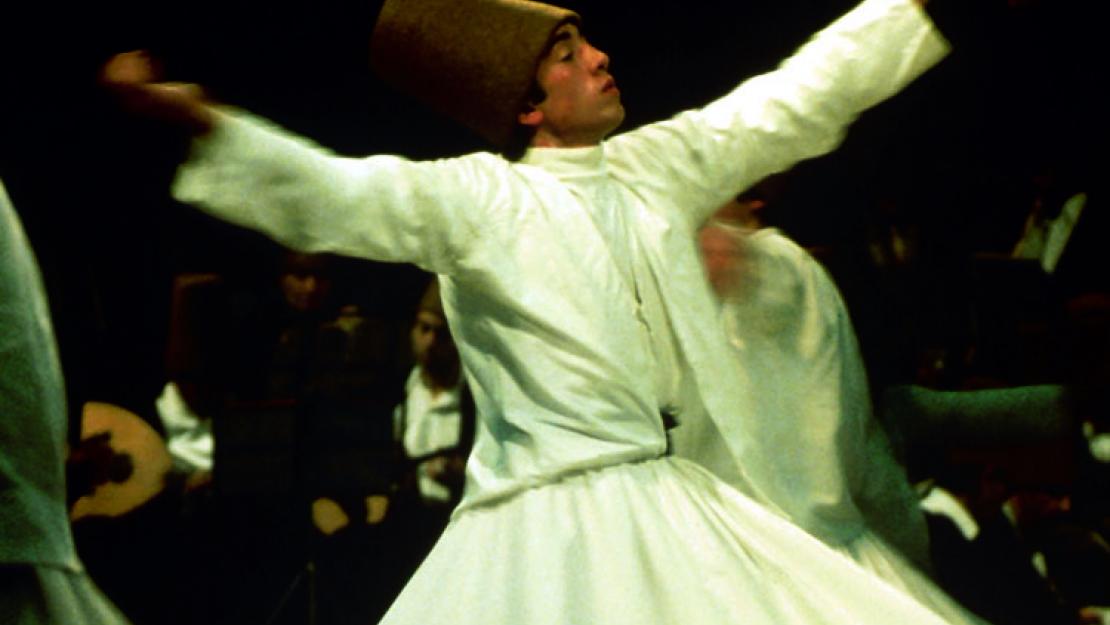 Shems Friedlander, professor of practice in the Department of Journalism and Mass Communication and director of The Photographic Gallery, will be delivering a lecture today, Wednesday, May 7, titled “Rumi and Sufism.” The lecture will be held at 7 pm in Oriental Hall, AUC Tahrir Square, and will be followed by a screening of the documentary film Rumi: The Wings of Love, directed by Friedlander. “The lecture will discuss Rumi's thoughts, his poetry and the Sufi Order that emerged from him called ‘The Whirling Dervishes’ and its relation to the condition of world society today,” Friedlander explained. The Rumi: The Wings of Love documentary, for which Friedlander received the Sony Video Filmmaker Award, gives viewers a rare look inside the whirling ceremony of today’s Mevlevi dervishes and features interviews with Sheikh Abu Bakr Siraj ad-Din (Martin Lings), Islamic philosopher and author Seyyed Hossein Nasr, Nubian musician Hamza Al Din, as well as several others. A Q & A session will follow the movie screening. With a career spanning more than 30 years, Friedlander is an award-winning photographer, graphic designer, documentary filmmaker, painter, poet and educator. He is the author of nine books including Rumi: The Hidden Treasure, Jalaluddin Rumi, The Whirling Dervishes, Ninety-Nine Names of Allah and Submission: Sayings of the Prophet Muhammad. His book, When You Hear Hoofbeats, Think of a Zebra, considered a Sufi classic, was translated and published in Turkish last summer. He has received more than 30 awards, and in 2013 he was selected by the Royal Islamic Strategic Studies Centre as one of the world’s 500 most influential Muslims. With photographs and paintings exhibited worldwide, Friedlander is currently preparing paintings and drawings for an exhibition in Dubai in the fall of 2014. In addition, his photographs on the dervishes of Turkey have become documentary classics and have been exhibited in New York, Cairo, Dubai and London. In addition to his artwork, Friedlander’s documentary films have been shown at film festivals in the United States, at the Musee de l’Homme in Paris and at AUC. Most recently, his documentary film titled Faisal: Legacy of a King premiered at the BAFTA Theatre in London and was featured in the 2012 Chagrin Documentary Film Festival. The film is the first, full-fledged documentary on King Faisal of Saudi Arabia, and includes interviews with historians, scholars, family members, diplomats and former U.S. Secretary of State Henry Kissinger. The lecture and documentary screening are part of the School of Global Affairs and Public Policy’s Public Policy Lecture Series.