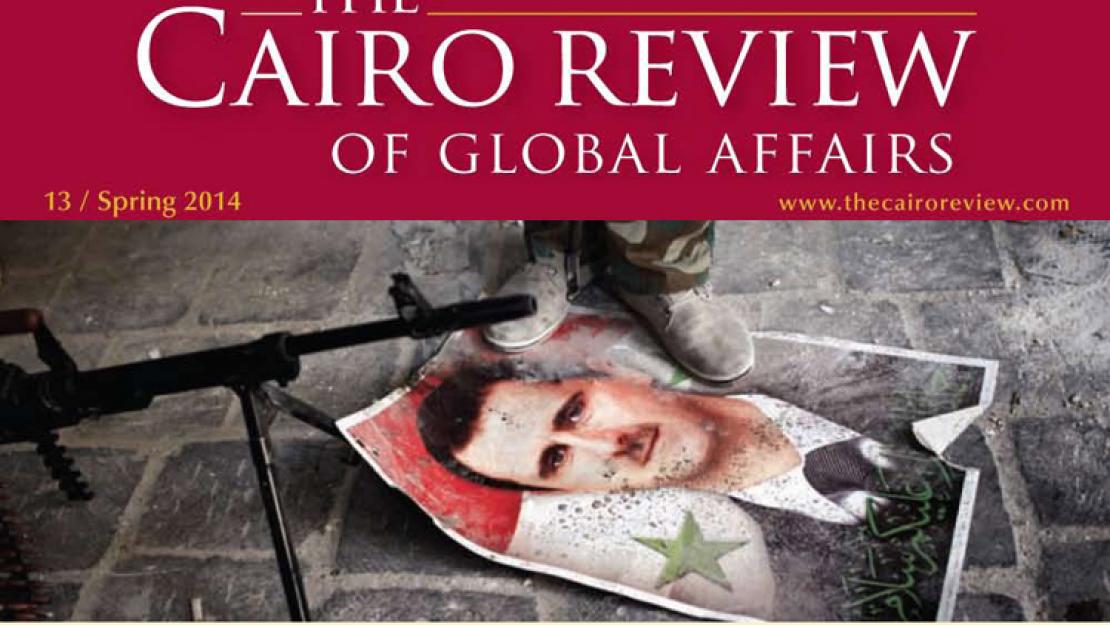 Syrian poet Adonis, winner of the 2011 Goethe Prize for literature, said in an interview with The Cairo Review of Global Affairs that the Arab Spring in Syria lacked true revolutionary spirit and that without a foreign invasion, President Bashar Al-Assad will likely remain in power. Adonis faulted the armed uprising as “a movement to change power” that is helping destroy the country. The interview with Adonis is part of the Special Report: Struggle in the Arab World in the Spring 2014 edition of The Cairo Review of Global Affairs, the School of Global Affairs and Public Policy’s quarterly journal. “The Syrian people didn’t really participate in what happened,” Adonis said. “There weren’t big protests. And armed men took over [the revolution]. Which gave justification to the regime. A revolution in [Syria] can’t be carried out with Turks. Or people from Pakistan. The people must carry out their own revolution. The people only partially protested. But they weren’t filled with revolutionary spirit.” Adonis, the pen name of Ali Ahmad Said Esber, 84, who lives in exile in a suburb of Paris, said that protests swept the region in 2011 because “the Arab people needed to free themselves. They expressed this innate need for freedom.” When the protesters faced the Al-Assad regime, he said, “time was needed to make it fall, and without violence.” The armed uprising is now “a movement to change power. And it doesn’t deserve having the country destroyed over it,” he said. “There is lots of despair in the Arab world,” Adonis added. “And I think what’s happening in Syria, among those being destructive, it’s an act of despair. This ferocity, this delight in being destructive, comes from despair, not hope. The regime will not fall, unfortunately. It will remain. If there isn’t an invasion from foreign countries, it will stay. And if there is an invasion, like in Iraq, it will be catastrophic.” The Special Report: Struggle in the Arab World also contains essays on the region by a host of experts, including Marwan Muasher of the Carnegie Endowment for International Peace; Rachid Ghannouchi, president of the Ennahda Movement in Tunisia; Tarek Osman, author of Egypt on the Brink: From Nasser to Mubarak; Rami G. Khouri, director of the Issam Fares Institute for Public Policy and International Affairs at the American University of Beirut; James Manyika and Susan Lund of the McKinsey Global Institute; and Nader Hashemi, director of the Center for Middle East Studies, University of Denver. To read the Special Report: Struggle in the Arab World,click here.