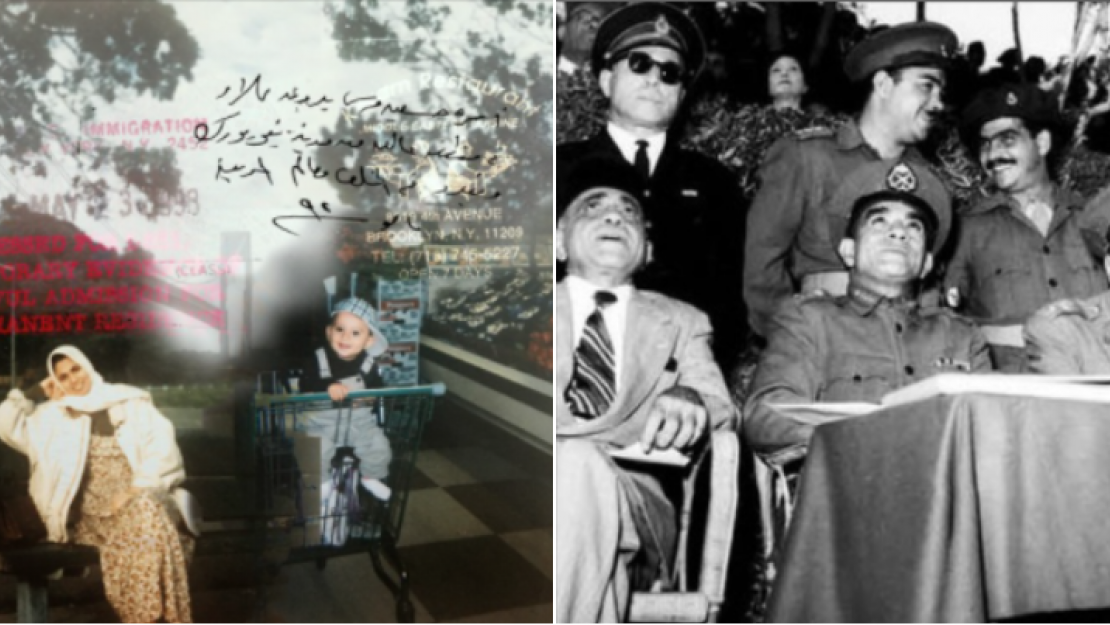 Journalism and mass communication students Noran Morsi and Mohamed Youssef took some personal family stories to the mainstage with podcasts they submitted to the Broadcast Education Association's On-Location Creative Competition. And those stories got them to the final round.

“I’m very excited about it,” Morsi added. “It’s really gratifying to be recognized for something I’m proud of.”

Both students drew inspiration for their podcasts from the audio production course taught by Kim Fox, professor of practice. “It's exciting to expose my JRMC students to audio journalism and all of the layers that it entails,” Fox said. “

A New Perspective on Arab-Americans

Morsi’s piece, “From Cairo to Brooklyn: The Arab American Experience,” tells the story of her aunt and cousin who have been living in the United States for more than 20 years, taking listeners through the experiences of Arab-Americans. The story starts with her aunt’s initial move to the country and goes through major events that greatly impacted the lives of Arab Americans like the attacks of September 11 and the election of U.S. President Donald Trump.

“I’ve always been fascinated by my family that lives in the United States and how they would nonchalantly mention stories that they went through because of their Arab-American identity that were really different from my experience in Egypt,” Morsi said.

Morsi also included insight from Iraqi-American playwright Heather Raffo, who spoke about her own experience as an Arab-American and discussed some shared experiences.

“I really enjoyed the process of putting all my interviews together in one cohesive feature,” Morsi said. “I had two-hour-long interviews from my main interviewees... and a 20-minute interview from Raffo, all of which I had to condense down to a 10-minute documentary. So while it was the most difficult and challenging part of the project, it was the most enjoyable because I really felt like I was piecing together something great.”

Morsi added that with her story, she hopes to offer a different perspective of Arab-Americans, one that's more nuanced.

“Many stories on Arab Americans... either center on extreme hardship or extreme cohesion with the American population,” she said. “What I learned from interviewing my family members is that there’s a lot of nuance in how Arab Americans feel about their identity. You can be grateful and recognize the positives of the place you grew up in while also criticizing all the fatal faults it might have.”

A Moment in Time

Youssef’s piece, “I Wish Something Happens and He Goes…” stayed within Egypt but took listeners back to the Gamal Abdel Nasser era.

“I decided to do this interview with my great aunt,” he said. “Her educational experience was extremely interesting, and it unfolded memorable narratives around Egyptian education in the 1950s and 1960s, which was also intertwined with Egyptian politics.”

Also studying history, Youssef said the most enjoyable part in putting together this project was seeing how historical events coalesced with his own family’s stories.

“I wanted to share this narrative with other people and humanize the mainstream events we often hear about. I feel it’s very valuable to see this kind of primary source expand alongside historical narratives,” he said.

The winners of the BEA competition will be announced on October 24. You can check out the full list of finalists here.