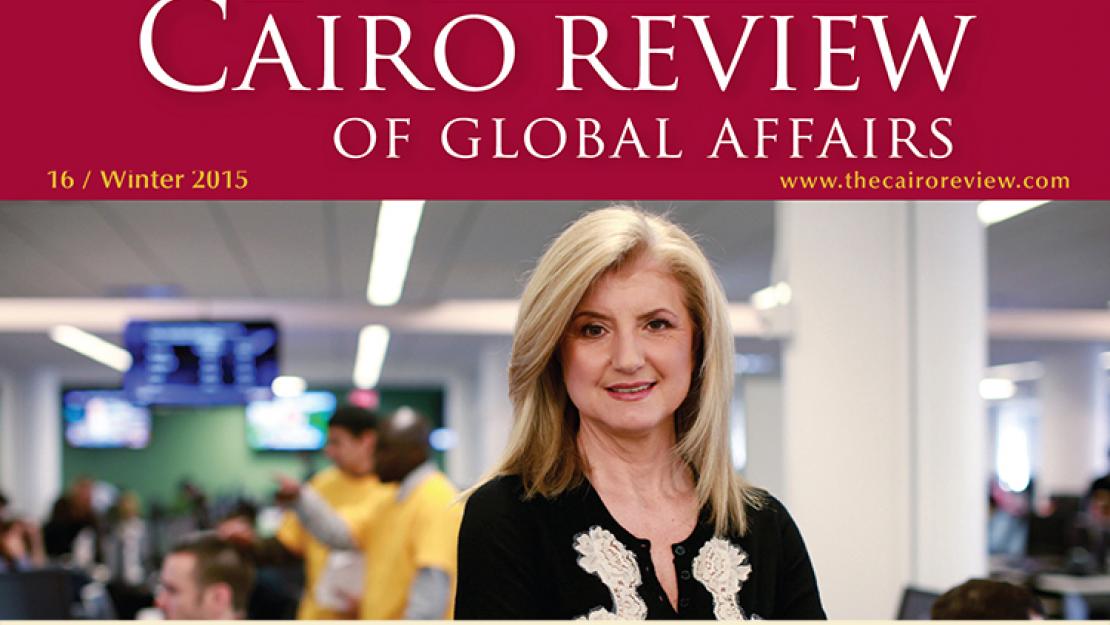 Arianna Huffington, president and editor-in-chief of Huffington Post Media Group, says in an interview with the Cairo Review of Global Affairs that the Huffington Post will launch an Arabic edition in May as part of its goal to keep expanding. The Cairo Review Interview appears in the Cairo Review’s Winter 2015 issue, which features “Special Report: Media in the Online Age.” Huffington says that HuffPost in Arabic will provide balanced coverage of the Middle East. “It’s a great opportunity both to tell the story of all the problems and the crises, but also to tell all the positive stories and good things in the Arab World, which so often are lost in the coverage of the violence and the crises.” Huffington credits AOL’s acquisition of HuffPost in 2011 for enabling the news and blog site to dramatically accelerate its growth through international editions—most recently in Greece and India, for a total of 13 to date—and also the creation of a video streaming service, HuffPost Live. Huffington, who co-founded HuffPost 10 years ago this May, dismisses concerns that digital technology will lead to the demise of quality media. “We really are living in a golden age of journalism for news consumers,” she said. “The truth is that there are going to be more and more great digital players, sites that create more engagement in ways that are good for all of us.” The latest Cairo Review issue also includes essays by numerous media experts, including: Dan Gillmor, founding director of the Knight Center for Digital Media Entrepreneurship at Arizona State University; Christopher B. Daly, author of Covering America: A Narrative History of a Nation’s Journalism; Brant Houston, professor at the University of Illinois at Urbana-Champaign; Joel Simon, executive director of the Committee to Protect Journalists; and Naomi Sakr, author of Transformations in Egyptian Journalism. On other topics, GAPP Dean and former Egyptian Foreign Minister Nabil Fahmy authors “Arab World on the Precipice” proposing steps out of the Middle East crisis; and Magda Shahin, director of the Prince Alwaleed Bin Talal Bin Abdul Aziz Alsaud Center for American Studies and Research, writes about U.S. foreign policy in the region in “Barack Obama’s Lost Promise.” The Winter 2015 issue also contains a profile of AUC Provost Mahmoud El-Gamal. To read “Special Report: Media in the Online Age” and the full Winter 2015 issue, visitwww.thecairoreview.com.