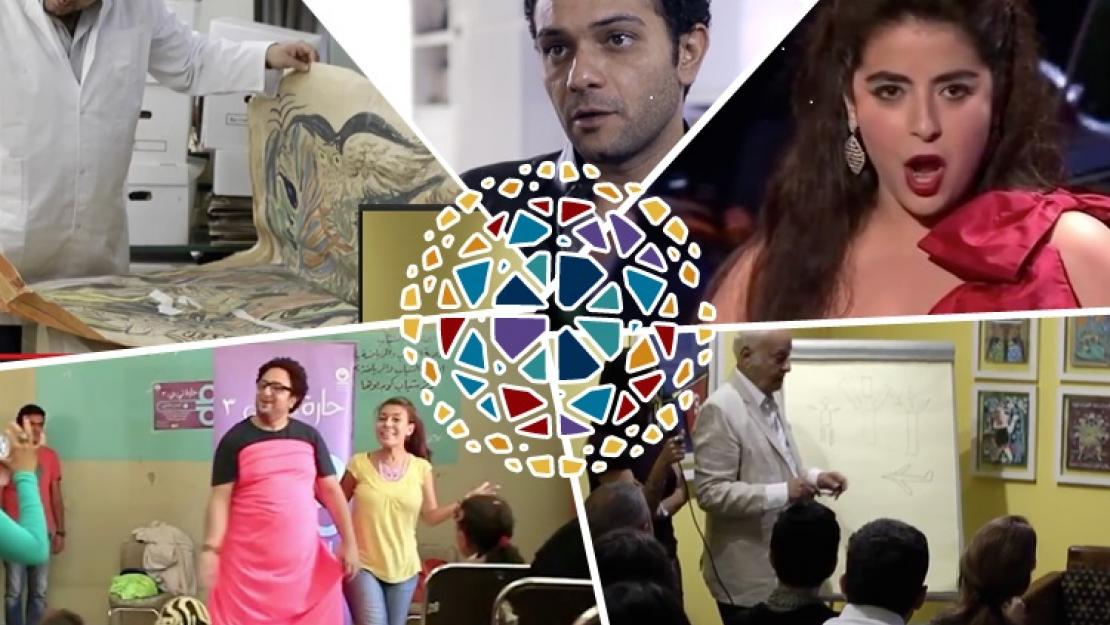 At the fourth annual benefit dinner held in New York City under the theme of AUC: Elevating Arts, the University raised more than $450,000, with net proceeds being used to support student scholarships.

The event also honored three alumni who are champions of arts and culture, and who share a commitment to enhancing innovation, creativity and cultural heritage. These are Shafik Gabr ’73, chair and managing director of the ARTOC Group for Investment and Development, who received the Global Impact Award, as well as Distinguished Alumni Award recipients Azza Kamel ’83, founder and director of Alwan wa Awtar NGO, and Monica Hanna ’04, ’07, award-winning Egyptian archaeologist.

"The benefit dinner is an opportunity to showcase for a U.S. audience the kind of vibrant and active students and faculty we see on campus everyday," said President Lisa Anderson. "The honorees, who are all alumni, exemplify the spirit of AUC and a commitment to all aspects of art, from its use as a voice for underprivileged children to the preservation of Egyptian heritage."

An international business leader, philanthropist and one of the world’s leading collectors of Orientalist art, Gabr established East-West: The Art of Dialogue initiative of the Shafik Gabr Foundation, which sponsors exchange programs between young and mid-career Middle Eastern and Western leaders in the arts, science, sports, media, as well as social and business entrepreneurship.

Gabr, who previously received the Distinguished Alumni Award from AUC, is ranked by The Middle Eastmagazine and ArabianBusiness.com among the world’s most influential Arabs, and has received the Meridian Global Citizen Award and the Middle East Institute’s Visionary Award in 2014. Paying tribute to his alma mater, he has named the Malak Gabr Arts Theater at the AUC Center for the Arts, ARTOC Sports Court, Mohamed Shafik Gabr Department of Economics and Mohamed Shafik Gabr Lecture Hall. He has also recently established the Aly Boraie-Adel Gabr Endowed Career Certificate in the School of Continuing Education.

Throughout her career, Kamel has been striving to improve the lives of vulnerable children in Egypt, helping them realize their potential through experiential learning and using art as a tool for social development. “The importance of arts and culture cannot be undermined, for it opens up a whole new world of possibilities,” she affirmed. “Art is a very strong tool for social development; it nourishes the soul and is a good medium for self-expression.”

Kamel’s work at Alwan wa Awtar (Colors and Strings) has received international recognition, including the UN Women’s Guild Award (2008) and the U.S. administration’s Coming Up Taller Award (2009), which recognizes “exemplary arts and humanities programs [that] foster young people’s intellectual and creative development.” In 2013, Alwan wa Awtar won the Pan African Award for Entrepreneurship in Education, and Kamel has been recently granted the Takreem Award for Innovation in Education. In 2009, she became an Ashoka fellow, joining a group of pioneering social entrepreneurs who work to find innovative solutions to social problems.

Happy to be recognized by AUC, she noted, “It is a great honor for me, for the University has played a pivotal role in shaping the person I am today, and for that I am very grateful,” she said.

Hanna has been active for many years in exposing the consistent looting and destruction of archaeological sites and monuments. She has been instrumental in protecting many sites, including the Egyptian Museum during the January 25 Revolution. She has also participated in surveying the damage to the Museum of Islamic Art and the Egyptian National Library and Archives after the January 24, 2014 bombing of the Cairo Security Directorate. Hanna was recently recognized by the New York-based Saving Antiquities for Everyone (SAFE) nonprofit organization for her outstanding achievements in raising public awareness of Egypt’s endangered cultural heritage and the devastating consequences of the illicit antiquities trade in the country. She was presented with the 2014 SAFE Beacon Award and voted one of Egypt Today’s seven People of the Year in 2013. She is also a recipient of AUC’s Distinguished Young Alumni Award in 2014.

“It means a lot to me to be chosen to represent arts and culture; it is important to show that AUC has become an expertise center in the field of Egyptology,” said Hanna, who graduated from the University with a bachelor’s in Egyptology and a master’s in teaching English as a foreign language. “The intrinsic value of art and culture is very important to the current development of Egyptian society. It not only has effects on our social values and dynamics, but also has a strong role in economy and development.”