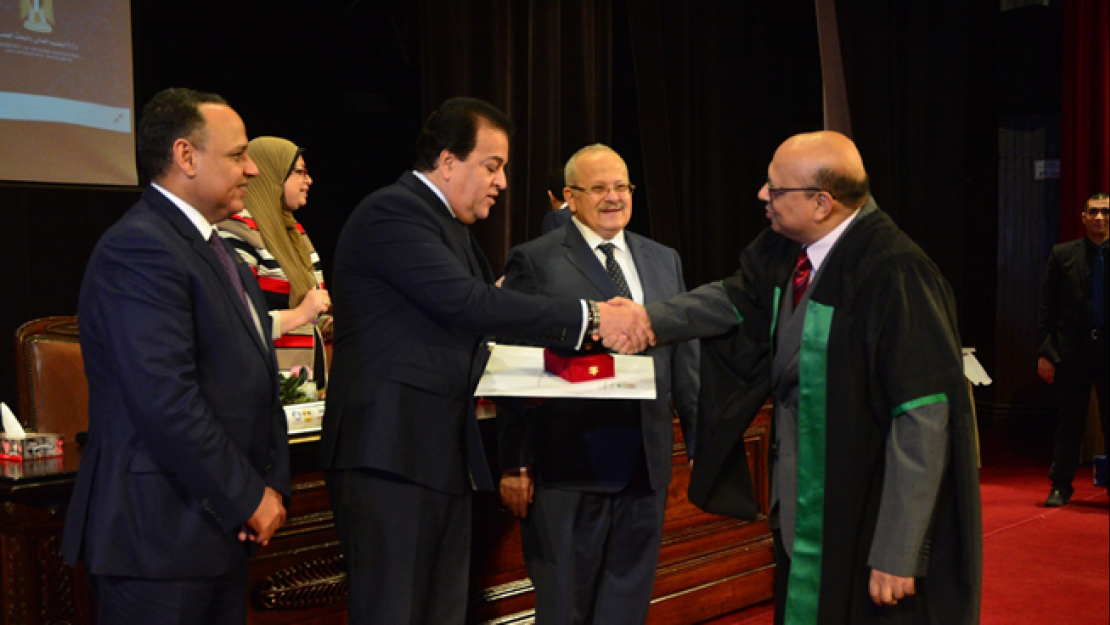 Adel Awad, professor in the Department of Physics, received the Medal of Sciences and Arts of first class from the Minister of Higher Education and Scientific Research Khaled Abdel Ghaffar. The award honors scientists who have research contributions of high caliber over several years.

"It is a pleasure to receive the Medal of Sciences and Arts of first class from the Minister of Higher Education in a celebration that has been organized by the Academy of Scientific Research and Technology," Awad said. "This event follows my State Award of Excellence in Basic Sciences 2018 that I received a year and a half ago. I really hope that our institutions keep this nice tradition and improve on it in the future."

Awad's research focuses on trying to understand dark matter and dark energy as sources of matter and energy in our universe.

"These two components of matter and energy constitute more than 95% of the total matter and energy budget of our universe, and yet we do not know their physical origins and their constituents," he said. "Recent cosmological observations provided us with strong evidence that dark energy is the source of the accelerating expansion of our universe that we observe today. Furthermore, dark energy is what stabilizes large scale structures such as galaxies and clusters of galaxies."

At the center of his research in this field are two alternatives to explaining the new matter and energy components, one within the realm of General Relativity and the other more radical, which explains this phenomenon using a gravitational theory beyond that of General Relativity.

Awad is among a number of physicists who explore both alternatives and try to understand dark energy through constructing cosmological models based on gravitational theories beyond that of General Relativity.