Mark Turnage Vice Chair of Board of Trustees 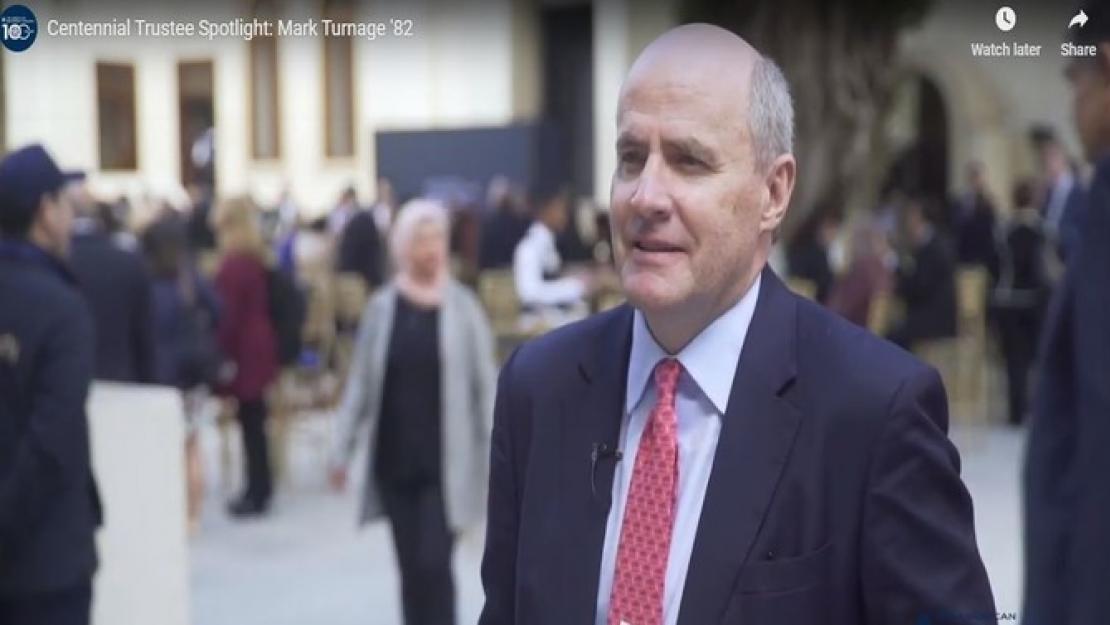 AUC’s Board of Trustees has elected Mark Turnage (ALU ’82), CEO of DarkOwl, as its vice chair. Turnage will serve alongside Vice Chair David Tirrell, Ross McCollum-William H. Corcoran Professor of Chemistry and Chemical Engineering and the Carl and Shirley Larson Provostial Chair at the California Institute of Technology.

“I very much value Mark’s intelligence, judgment and commitment, as do his fellow trustees,” said Richard Bartlett, chairman of the Board of Trustees. “His election to serve as a vice chair will allow him to focus in greater detail on a wider range of issues at the University. This added engagement will undoubtedly be of great benefit to the board and to the University as a whole.”

Turnage studied at AUC during his junior year abroad in 1980. At the end of the year, he decided to remain at AUC and work on his Arabic, and ended up staying at AUC for three years. “My experience as a student at AUC was great,” said Turnage, during AUC’s centennial celebrations. “The impact it had on me was tremendous. … I became introduced to Egypt and to the broader Arab world, and … I’ve stayed involved in the region since. So when I was asked to join the Board of Trustees, I was really happy to come back to an institution that I think has contributed to Egypt and to the students tremendously.” Watch Turnage during AUC’s centennial celebrations.

Turnage currently leads Dark Owl, a Denver, Colorado-based company that provides a darknet threat intelligence platform to allow companies and organizations to understand and mitigate their own digital risks. He previously served as CEO and vice chair of OpSec Security Group, which provides technological solutions to fight counterfeighting and to protect brands online. He is also senior adviser to the Colorado Impact Fund and a technology adviser to the Blackstone Entrepreneurs Network. Previously, he was a consultant with McKinsey & Company as well as a practicing attorney with Davis Graham & Stubbs. A private investor in technology, software and manufacturing startup companies, he serves on various corporate and nonprofit boards.