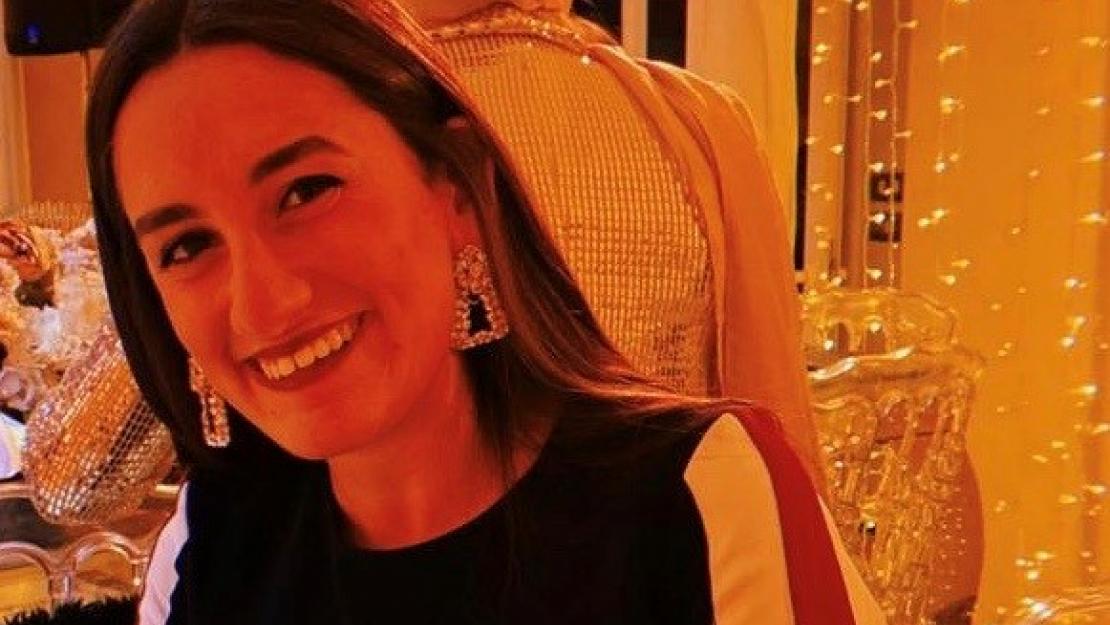 My article is a manifestation of an underrated travel experience that is often overlooked and ignored. We tend to take our everyday rides for granted, but this travel piece is about giving this ride the attention it deserves, and more than it anything, it is about giving our beloved Cairo and its people the attention they deserve as well. It is about examining Cairo’s many facades, its contrasts and its people’s paradoxes too!

I believe many people can strongly relate to this piece, especially those who are confined to a bus for more than three hours a day, and if not, then perhaps this piece may invite them to give their rides the share of attention and query they deserve, both internally and externally.

The following article was written by Dina Dabbous as part of the Travel Writing course taught by Richard Hoath, senior instructor II in the Department of Rhetoric and Composition.

This is a trip that I know everything about. This trip has taught me what traveling really is all about. Growing up, I used to think traveling is a term granted to any place that required a plane ticket to get to. A few years later, I learned that traveling is still possible if I take a three or four-hour car ride to another city, and which usually required a beach for it to qualify as a travel experience. But today, just a few days away from finishing my degree and graduating, I realize an unconventional yet unforgettable form of travel that I have been overlooking, and that is traveling within Cairo: a privilege I had since 2016 and that I thought was a curse when it turned out to only be a blessing.

I spent the past three years traveling every day from the 6th of October City to New Cairo to go to AUC. My first impression as I was told the beloved Ring Road was going to be my everyday route was: I must be cursed! For me to take a 90-minute road (at best) two times a day, four times a week and sometimes more, while still be asked to ace my courses and maintaining the very basic social life of a college student … How could this be humanly possible? But eventually, I realized how much of an eye-opener this trip has been. Not less than any other travel experience, the Ring Road and the bus ride on it, has taught me more than I ever thought it would. I used to think there was no way a bus ride on the Ring Road would give the same effect as a trip in the desert for example, but then today, I realize that even if the context may be different, the experience is just as overwhelming. Bus rides have their own people, their own moments and their own stories, and the Ring Road has its own secrets and wonders too! 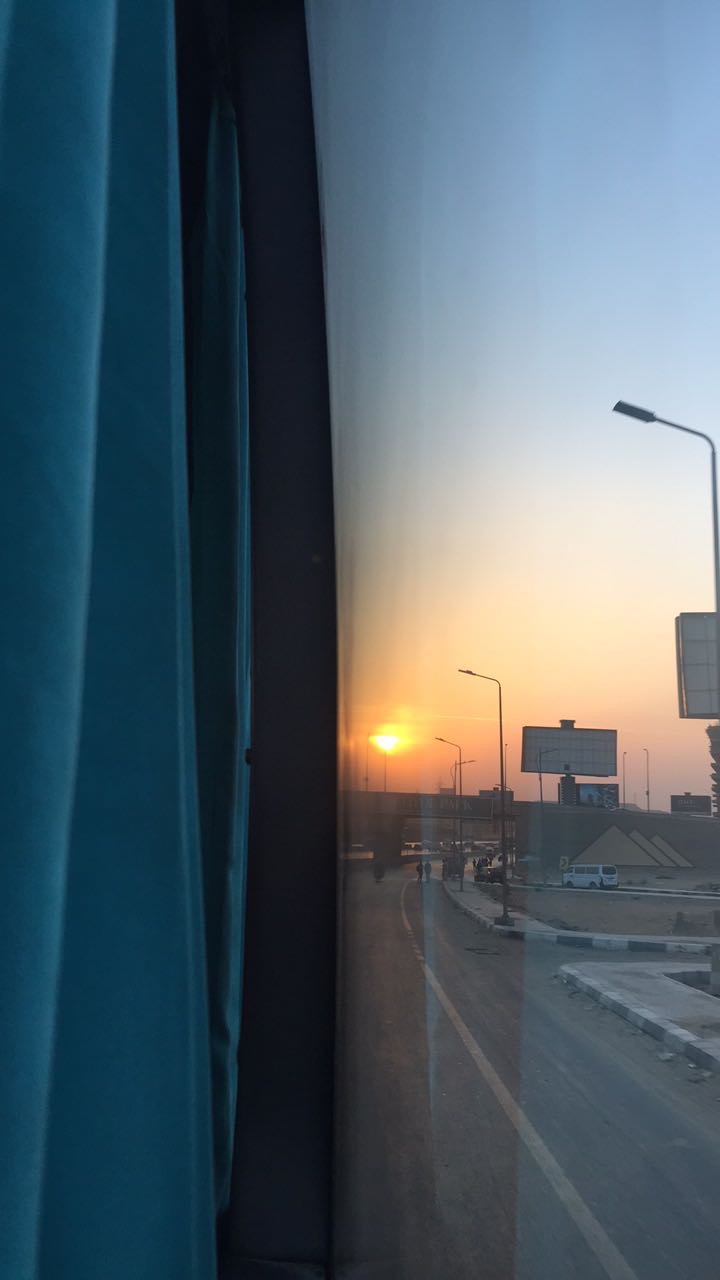 During my very early trips, the ride used to be very much people-oriented, I was still experiencing the thrill of a freshman in a cosmopolitan University and that technically spent most of the time on the bus and hence, I felt the responsibility of getting to know the people I take such rides with every day. Honestly, I have encountered some of the most fascinating stories I may have ever heard on this ride. It was like a minimized version of University there. You could notice the group of cool kids, sitting at the back, of course. You could notice the music maniac, the one who always had screaming headphones even if we’re separated by a good number of rows! The love birds were there too, and the depressed couple, a few rows back. The ones I most enjoyed examining were the teachers’ pets, the ones that would go to the extent of waking the professor up from a much-needed nap after a long day, only to tell them how much they enjoyed today’s class, all in the hope of an A-, perhaps? I would overhear the pleading student and the short-tempered professor, and I would smile, as I watched the cars crazily drive around the bus. Yet, the world happening outside of that bus ride was just as overwhelming as the world inside of it.

Every day, I would learn a new part of the Ring Road, a new part of a true, undisguised Cairo. This ride reminds me of a walk in a museum; you only get a glimpse of different eras, different times and different people all in the confine of the very same walls. The Ring Road was nothing less.

One thing I have grown to genuinely appreciate is the meaningful and wholesome conversations one may have on one bus ride. I was lucky enough to have many throughout the early years of college. I remember sitting next to a quiet girl who had a nice smile, and ended up sleeping on my lap at the end of the ride. She told me about her hectic life, her double-faced self, how she wished she would live the low-key life she wants, but how she works as an actress at night and tries to maintain whatever is left of her student life in the morning. And as I would drift into my own thoughts reflecting on such stories, we would drive past the big multinational companies’ headquarters, the globalization square as I may call it, then only a few kilometers after, I’d notice the tip one of the Giza Pyramids, the palm trees, the prestigious villas and gated communities on the road.

I remember being squeezed in between a sleeping girl and on the other side a guy who carried nothing but a guitar. Not a backpack, not a laptop, just a guitar. He was one of the friendliest people I have ever met. He reminded me of how easy and effortless conversing with others should be. He opened up about how he had left his parents’ house the other day and is crashing at a friend of his, just because his parents were not supportive of what he has always wanted to do — music. Speaking of music, I remember that part of the road when I would almost always hear a mahragan playing around, complemented by the noise of the crazy cars and people shouting all over the place! The buildings get darker, and dirtier, the road gets bumpier – literally – and even people’s driving becomes crazier and traffic becomes louder! The only thing one would notice is just how poverty and misery are the rulers of this area. Known as El Mariouteya, this area is among the poorest and most dangerous ones in Cairo.

Yet in the midst of this struggle, I could still see how beautifully Egyptians have tried to express their pain through art; they have created the mahraganat, also known as shaabi music always playing around this area, and they have taken the walls of the bare red brick walls to draw gigantic murals that have taken me literally years to notice. The mural of a mother and her daughter, that of a golden eagle, and many others that attempt to add a glimpse of beauty to all the darkness that Cairo is in this area.

More on music, I remember meeting my music soul-mate on that bus ride. We shared nothing but a few words and an earphone, only to build one of the deepest connections I’ve ever had with anyone. It’s amazing how you could meet someone with your exact taste in music only a few chairs away from you! But right after Mariouteya, and right after my musical experience there and on the bus, I could eventually notice greenery in the middle of the basic buildings; just when you think you can’t be more surprised at the contrasts you could encounter in Cairo, agricultural lands start to appear! How ironic is it to see a field of berseem and a donkey in the midst of all this modernity? Turns out there’s a little Cairene countryside right in the heart of the city!

On my road to exploring Cairo and the Cairenes, I remember meeting my sorrow-mate on that bus too: a girl I knew nothing about until she jumped that chair in between and asked me if I was okay because I was crying right after my break-up. She’s my best friend until this day. But the saddest fact was growing up, and seeing people getting more and more distant, more distracted with their phones, and then their Airpods and then their Netflix series. It has only made me feel sorry for the freshmen missing out on making genuine friends brought together by the common complaint of the catastrophe, that is the Ring Road. But the silver lining of this gradually growing distance was that it gave me the opportunity to look outside of the window more than just being carried away with the inside, and only throughout my senior year that I have started to notice the wonders of the Ring Road, as ironic as it may sound. My favorite part of the road was when the king, that is the Nile, appears and puts all the noise, all the ugliness at rest. the Nile represents a rupture, a binary fission, one that cannot go unnoticed.

Right at the Nile banks, your eyes will not be able to ignore this meeting of rural vs. urban. On one side, you can see the agricultural lands, the simple Egyptians in galabeyas, and the one-floor little houses, while on the other side, it is the famous Maadi, the one and only. The fancy, the luxurious, the heart of business, you can instantly see the gigantic winches and heavy-lifters, and among them, the almost skyscrapers of big companies, and on the banks of the same Nile, you can see the super fancy boats and platforms. Only in Cairo could you find such instant contrasts.

My daily bus ride for the past three years has been just as meaningful as any other experience I’ve had, if not more. In fact, it has been more interesting for me because I was rediscovering the city I’ve lived all my life in, but only confined in specific areas within.

The Ring Road has given me the experience of a lifetime; just knowing that the people of the bus are just as different, just as diverse, and just as confused as the city surrounding that bus. Knowing that each seat of that bus carried a different story was visualized right before my eyes as I decided to look outside of the window and see how that road is nothing but a trip into contrasts and confusions too.

How can one not call this a true travel experience? Because after all, what is travel all about, if not about the diversities of people and places and how they touch us?