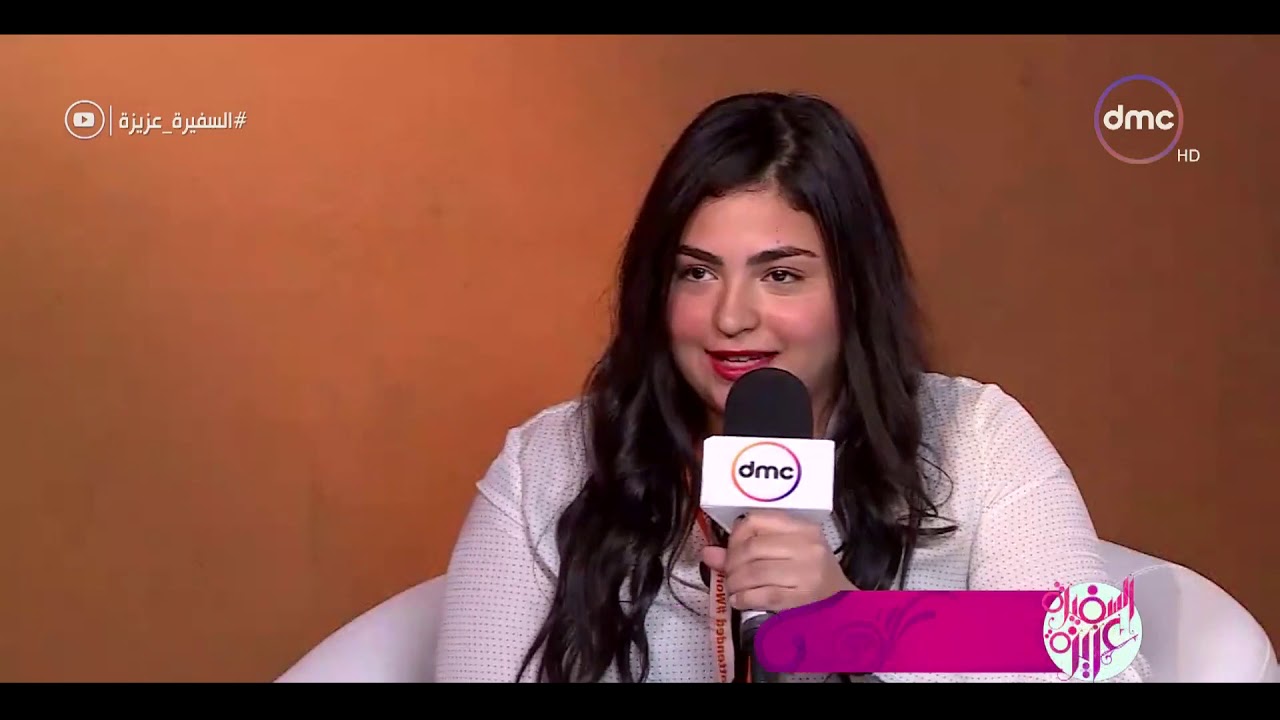 A number of AUC students and faculty members attended this year's World Youth Forum (WYF) in Sharm El-Sheikh, where they were able to engage in dialogue with and discuss solutions to the world's most pressing issues with heads of states and government, international young leaders, inspiring youth in various fields, prominent international figures and youth groups from around the world. 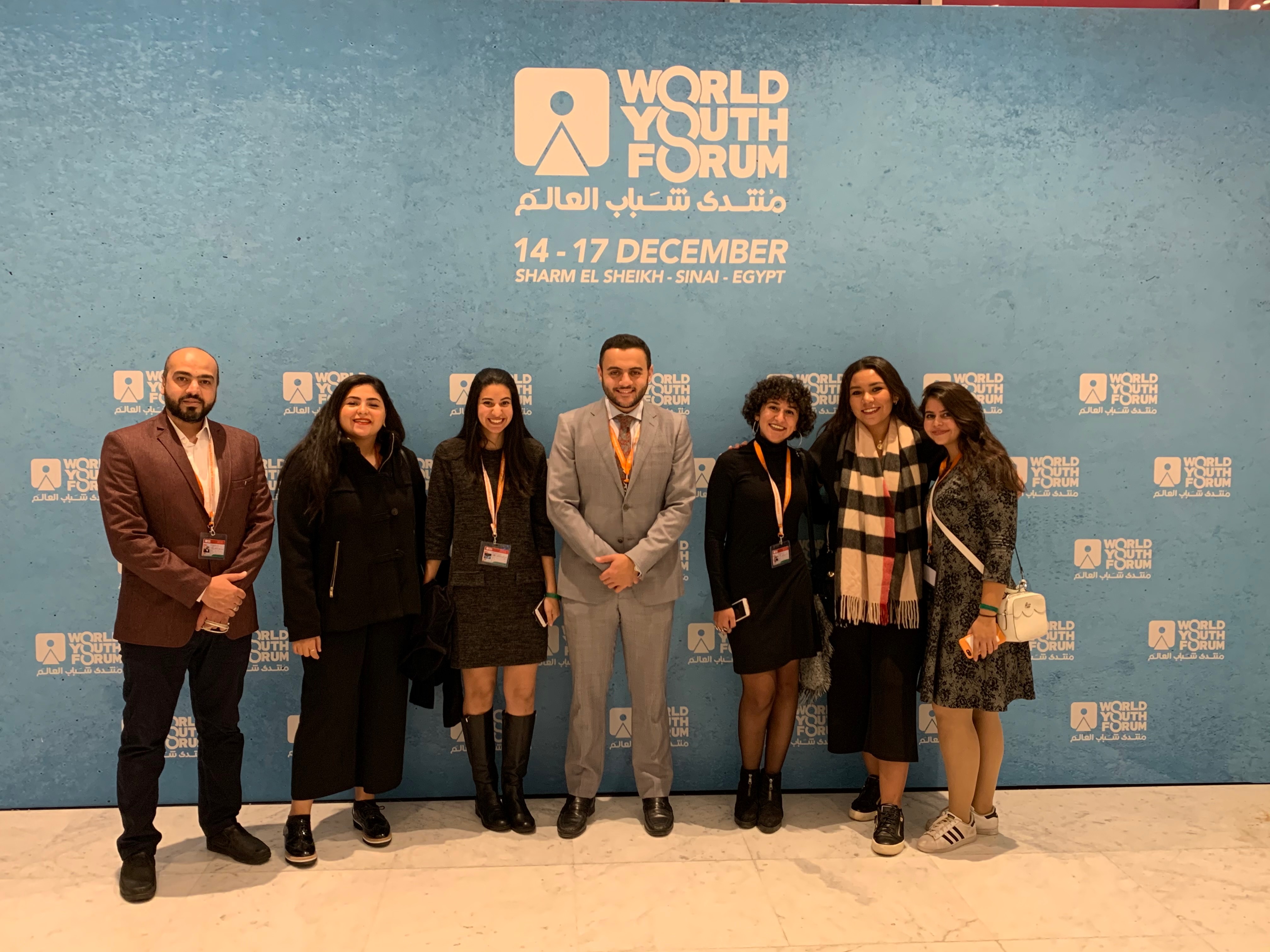 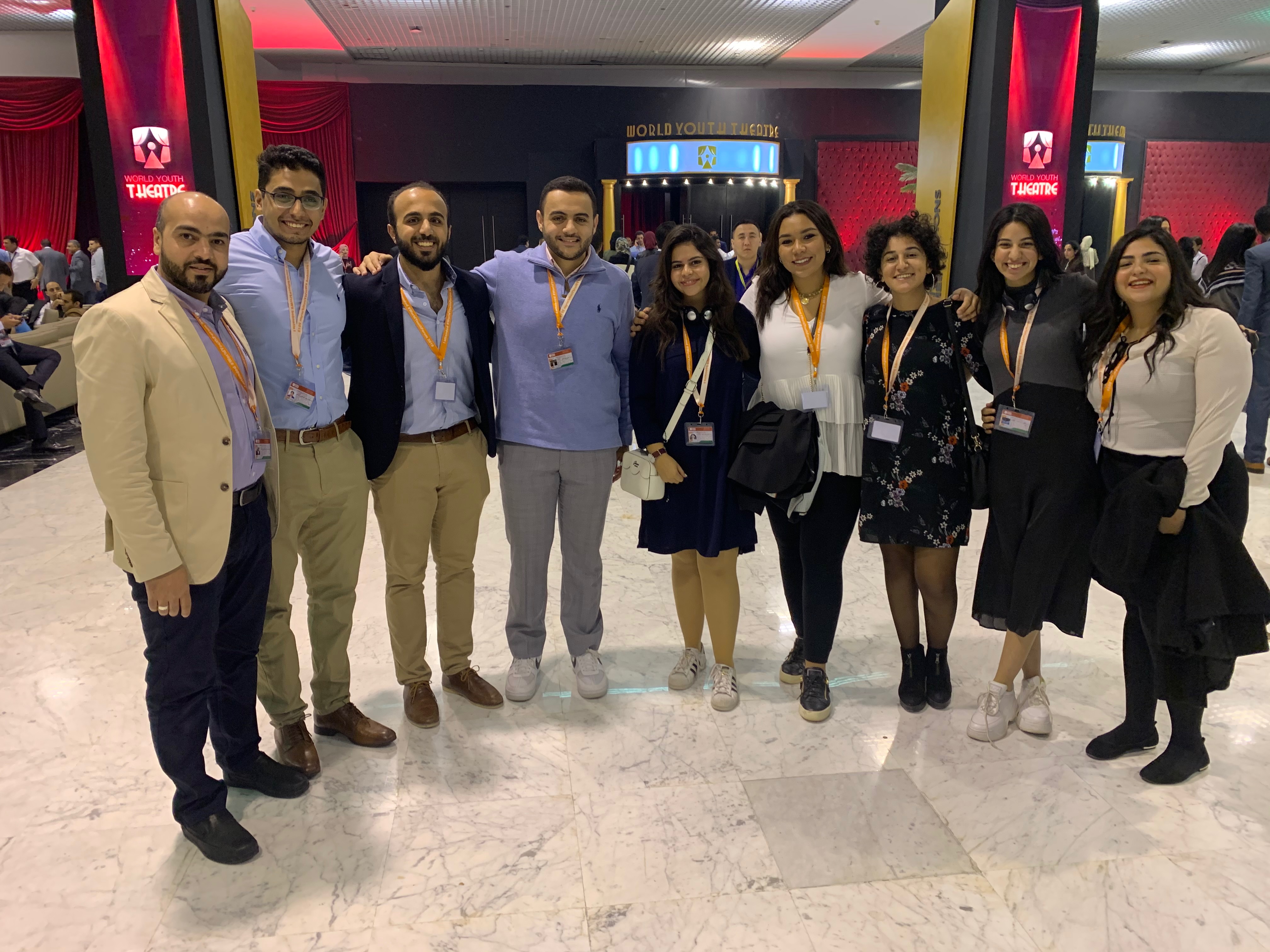 "Being part of such an experience has been an opportunity of great exposure," said student Engy Hani. "We had the privilege of networking with a huge number of youth from different backgrounds and cultures. Integrating such diversity in the workshops we have attended that hammered on plenty of different topics was a very enriching experience as well."

Echoing the same sentiment, student Mostafa Said noted, "It was a new experience for me. Going as a part of an AUC delegation certainly gave me a wider view of the youth scene in Egypt. The workshops gave a good overview of multiple topics, and the organization was outstanding."

Model Union for the Mediterranean

In addition, each year, the World Youth Forum features a simulation of a prominent intergovernmental organization. While the 2017 and 2018 editions respectively modeled the UN Security Council and the African Union, the 2019 WYF modeled the Union for the Mediterranean (UfM), an intergovernmental institution that brings together the 28 European Union member states and 15 Mediterranean countries to foster multilateral dialogue and cooperation. The WYF Model UfM (MUfM) tackled two topics: mitigating the impact of climate change and promotion of business development through youth employment.

The MUfM brought together 90 delegates from youth around the globe to represent their assigned countries. The delegations spent two days drafting the respective declarations for each topic, after which the televised Model Ministerial Conference was held over a second set of two days with the purpose of adopting the provisions of the drafted declaration. Egypt's President Abdel Fattah El-Sisi attended the second day of the conference, in addition to Prime Minister Mostafa Madbouly, Foreign Minister Sameh Shoukry and other high-profile diplomatic figures.

Youssef Sabek, a finance major graduating this fall with minors in mathematics and economics and who is currently the graduate adviser of AUC's Cairo International Model United Nations, represented the Arab Republic of Egypt during the conference. As the ‘host country,’ Sabek was in charge of reading out the declaration on the second day to the audience. The primary solutions that the MUfM reached for business development through youth employment included the establishment of Mediterranean-based youth business hubs, creation of an Artificial Intelligence Center based in Egypt's New Alamein City to foster multilateral cooperation and knowledge sharing across appropriate industries from different areas in the Mediterranean. MUfM Director Mahmoud Bassiouny informed the delegates that President Abdel Fattah El-Sisi was impressed by the New Alamein City proposal to the point that he asked for it to be implemented in real life.

"Sharing and interacting with other Mediterranean youth was an extremely fulfilling experience," said Sabek. "With UfM at the helm, the Mediterranean region, particularly the emerging markets within, has the potential to tap into a massive pool of resources and prospective growth. Playing a role in this growth was particularly gratifying to me, [particularly] my reciting of the declaration on the topic of business development in front of President El-Sisi. At large, the World Youth Forum is a can't-miss event. The networking and learning opportunities that I found there were highly encouraging."

AUC faculty were also active participants at the World Youth Forum. Mervat Abou Oaf '88, '02, professor of practice in the Department of Journalism and Mass Communication, was a guest of honor and speaker at the forum’s theatre affairs.

“I am honored to have been participating in the WYF since its first edition in 2017, and in various domains, but frankly, it has always been a thrill to bump into so many AUC students and dear graduates who are now occupying leading positions in various fields; most of them are also participating in sessions and talks. This is simply priceless; our pride and joy!," said Abou Oaf.

Adel El-Adawy, assistant professor at AUC's Middle East Studies Center, spoke at the main panel, discussing the current challenges for international peace and security. Egypt's President Abdel Fattah El-Sisi and the Egyptian Cabinet attended the panel, together with youth from around the world. The panel also included many distinguished speakers, including Egypt’s Foreign Minister Sameh Shoukry, Secretary-General of the Arab League Ahmed Aboul Gheit and Secretary-General of the Organisation of Islamic Cooperation Yousef Al-Othaimeen. "It is a true honor to represent Egyptian youth and AUC at such a high-level," El-Adawy said. 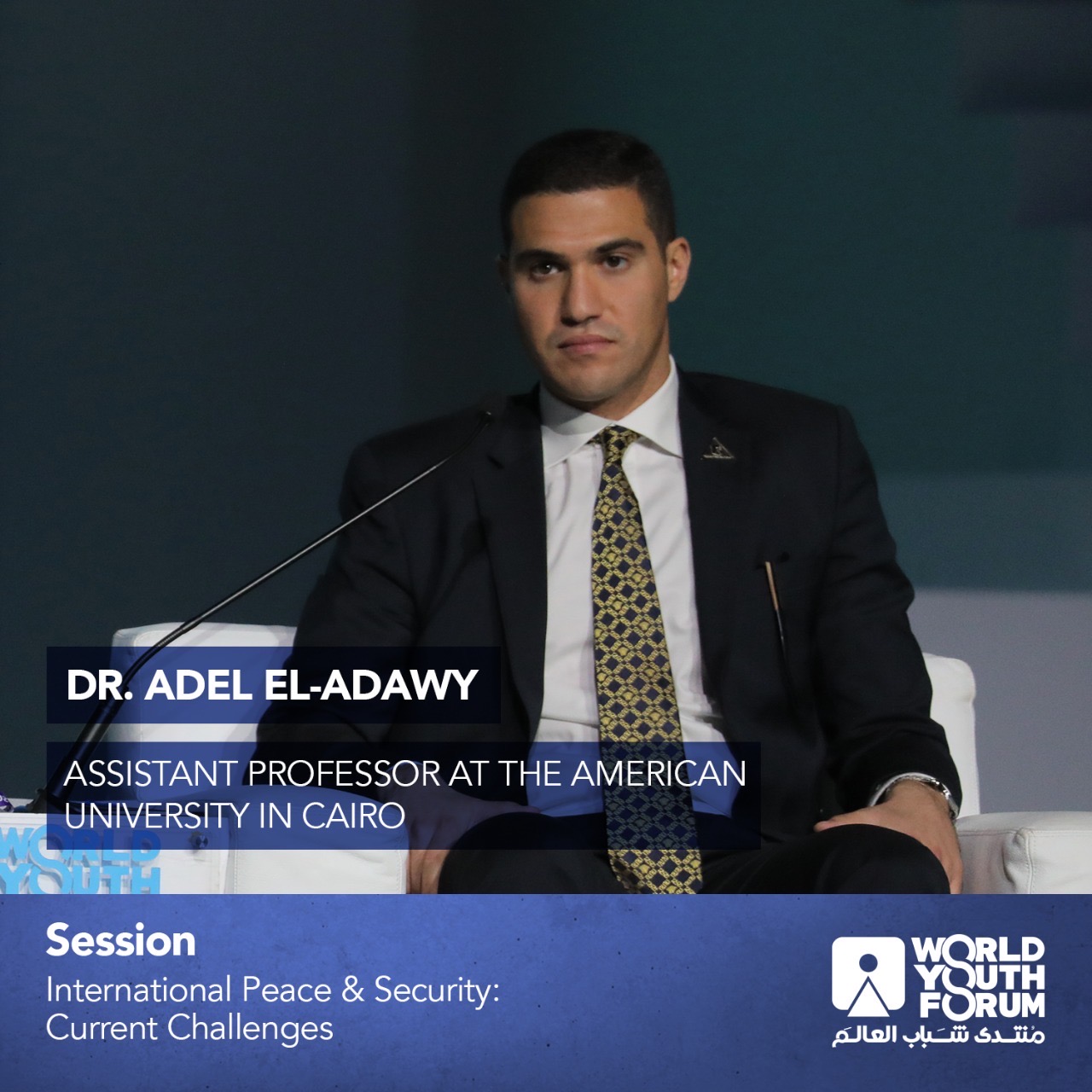 AUC Venture Lab participated for the second time in the World Youth Forum. The V-Lab team conducted a workshop titled Steps to Successful Business Launch as part of the WYF Labs, an initiative held to support entrepreneurship for the first time in the forum's third edition. The workshop featured design thinking methods and validation techniques for startups and was attended by more than 30 international entrepreneurs.

Throughout the rest of the forum, the V-Lab startups were also under the spotlight. Aeye Tech, Doctoorum, Lemon Spaces, MerQ and Orcas exhibited as part of Startup Vein, the forum's startup exhibition, where they networked with the forum's attendees.

The founder behind the Fintech Fall'18 graduate startup XPay also gave a workshop on the FinTech sector at WYF Labs and ZeroPrime Technologies, the recycling startup, showcased a revamped version of Can Bank at WYF's Freedom.e.

During the closing ceremony, Agora, the Cycle 11 graduate startup that empowers children to explore the world around them and learn from it through Augmented Reality, was awarded by Egypt's President Abdel Fattah El-Sisi for winning Africa's number one mobile app in the Africa App Launchpad Cup. 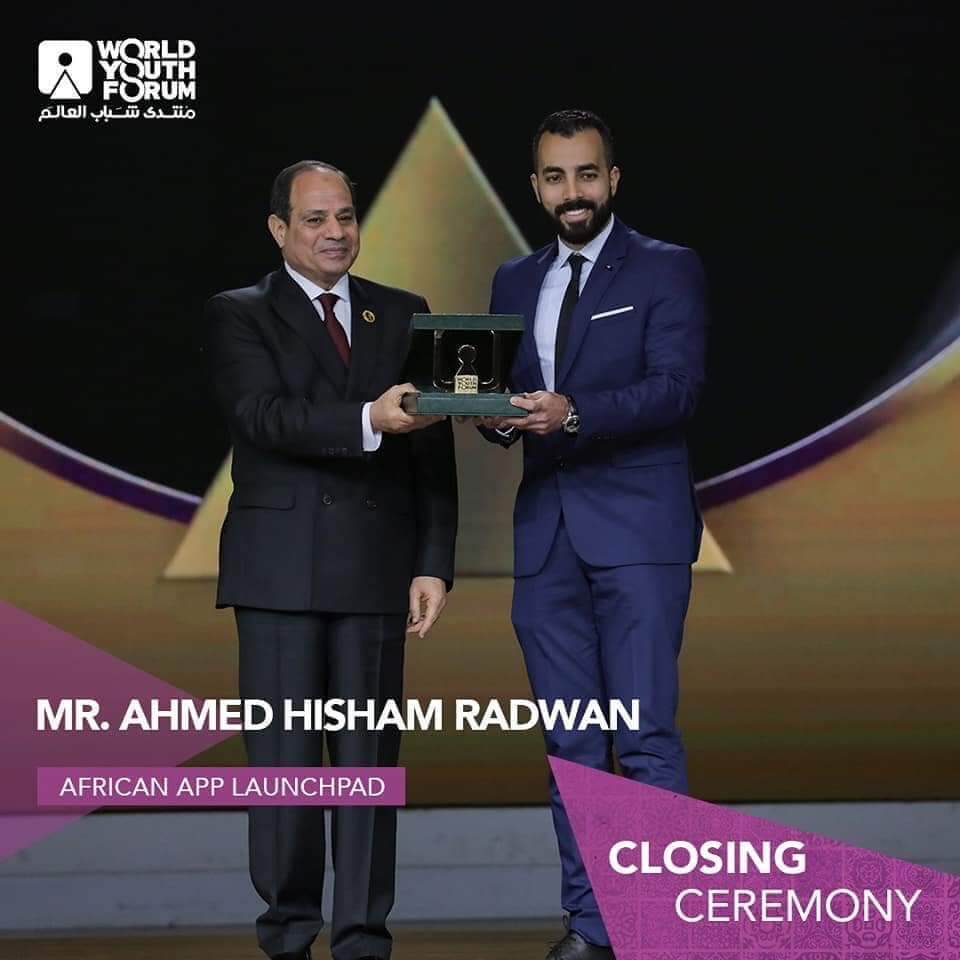