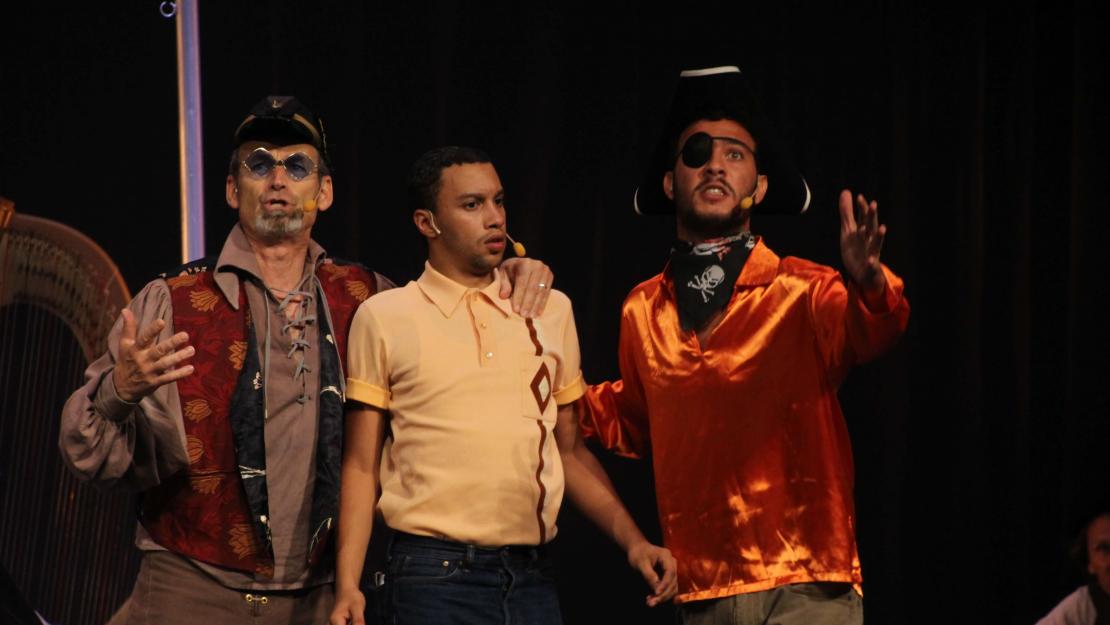 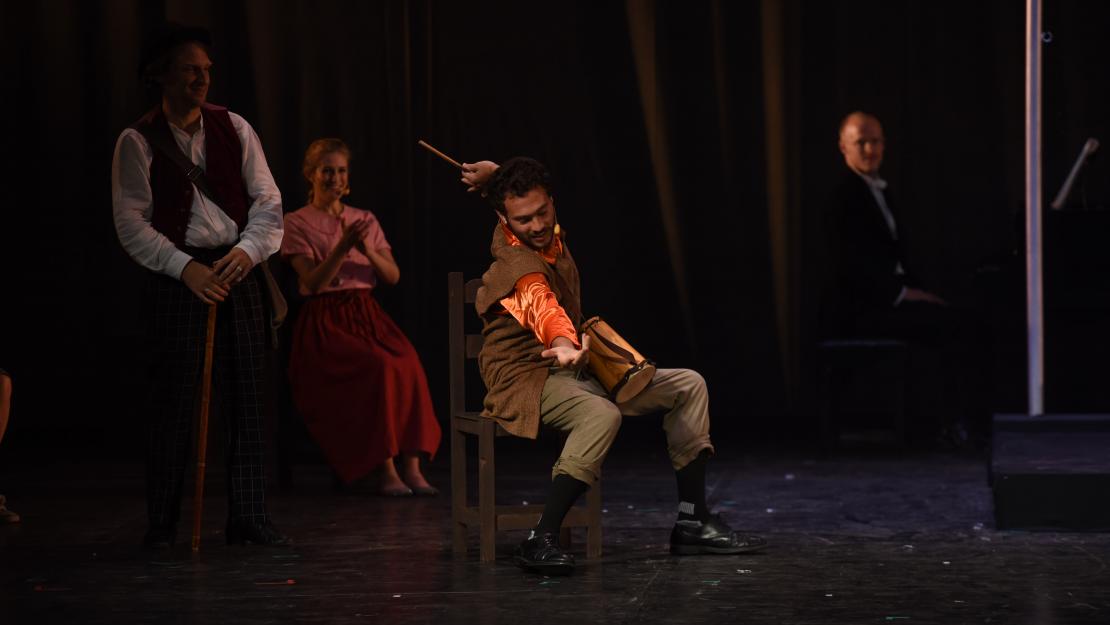 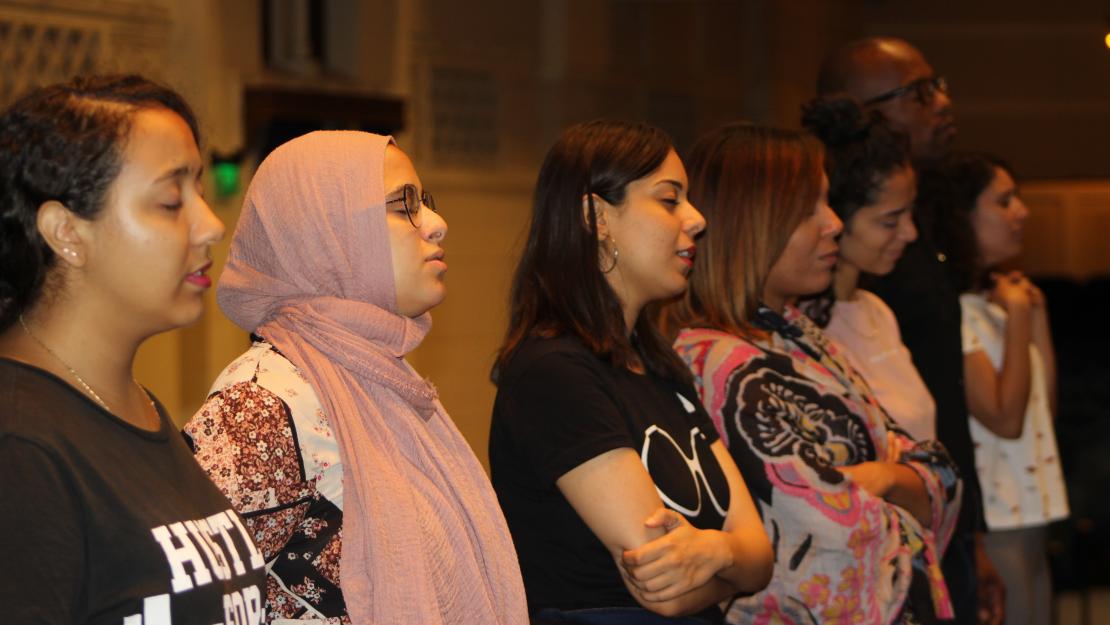 AUC theatre students were involved in over 20 different plays and workshops brought to Cairo from around the world as part of the 26th annual Cairo International Festival for Contemporary and Experimental Theatre. Students majoring and minoring in theatre volunteered their time to help translate, organize workshops and volunteer both behind the scenes and on stage at one of largest theatre festivals in the region.

Senior Ali El Shourbagy's experience took an unexpected turn when he ended up performing in a supporting role in the American musical The Fantasticks, which was brought to Cairo from the U.S. through sponsorship by the U.S. Embassy. El Shourbagy was working as a volunteer backstage for the production when one of the main actors got sick during dress rehearsals. The director and cast recognized his talent and asked El Shourbagy to join the company in the role of Mortimer. He performed at the Cairo Opera House and then traveled to Alexandria to perform with the company and fellow theatre students Laila Ghoneim and Yara Adel Mohamed, who worked backstage on the production.

Other students were involved in workshops and masterclasses in addition to supporting the many other plays from Uganda, France, Switzerland, Saudia Arabia, Syria, Brazil, Portugal, Bulgaria, South Africa and Egypt. Students gained first-hand knowledge about touring productions, performance techniques and theatre traditions from around the world as they represented AUC.