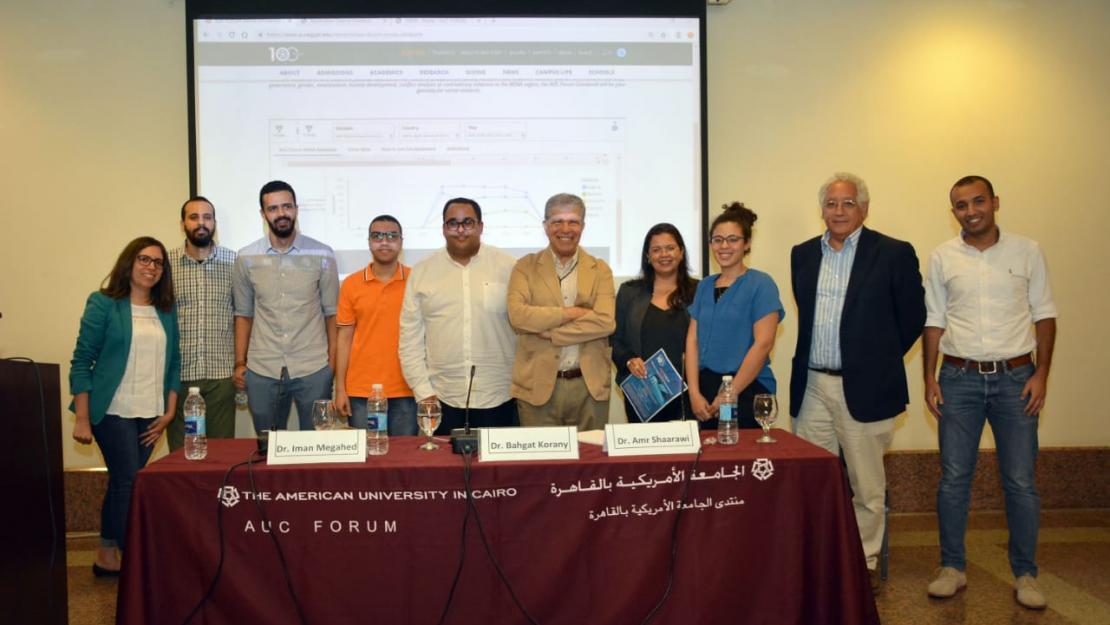 The American University in Cairo (AUC) launched this week the AUC Forum Data Bank, the first-of-its-kind in the region, which provides a unique space for researchers, scholars and students to view and interact with essential data on 25 countries in the Middle East over a 50-year span. “This is a convenient location for students, researchers and the general public to see, analyze and interpret data,” said Bahgat Korany, director of the AUC Forum and professor of international relations at AUC. “Also, AUC is home to the central bank of data on the Middle East, and that is how we can be a present figure in the region.”

With 35 indicators covering topics such as governance, human development, economics and gender, the bank incorporates data from the world’s largest and most credible international organizations, such as the World Bank. The bank includes 25 countries and 48 years of data, spanning from 1970 to 2018. Users are able to choose a combination of indicators, countries and years to be presented in tables and graphs, allowing for cross-country comparison. The project started when Korany found the urgent need to compile and centralize the profuse data gathered on the region over several years, particularly with the Middle East being at the center of news and research over the past few decades due to rapid and significant political, economic and social change.

This project comes at a time when data is becoming an increasingly essential tool in different fields of work, including journalism and social sciences.

“Data is the order of the 21st century,” Megahed said. “It is the most powerful commodity today.”

For researchers, this bank not only provides a wide variety of data in one location, but gives them the ability to reach substantive conclusions by visualizing and analyzing trends.

“We always have people commenting on the Middle East,” Korany said. “This will give people the chance to support their claims.”

The creators of the data bank look at the project as a stepping stone even more than an achievement. For them, making AUC a center for global research is a priority.

“The more data we have and organize, the more competitive we become,” Megahed said.

They plan on updating the data bank each year and hope to expand the type of information it includes to encompass different changes in the region. “This is just one step that can be taken to higher levels,” Shaarawi said.