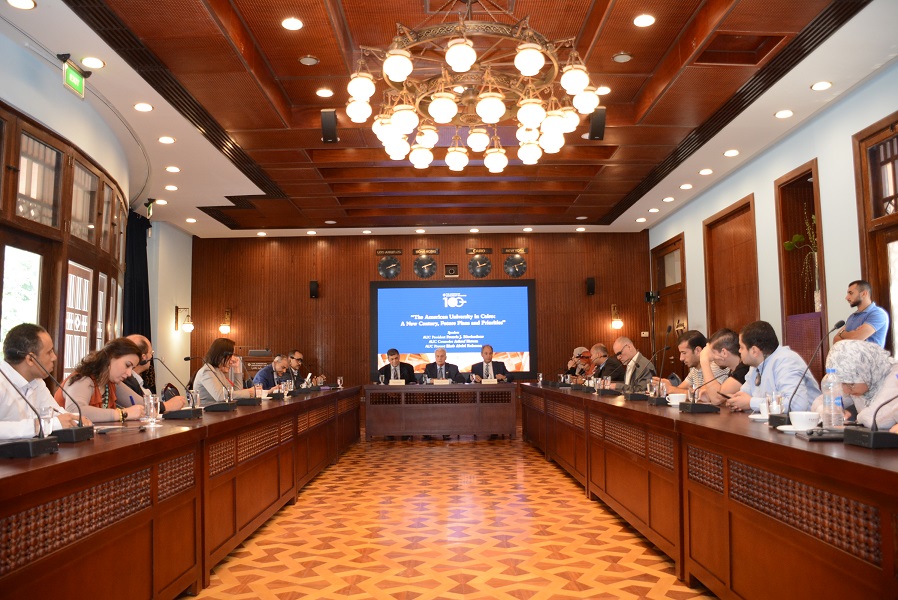 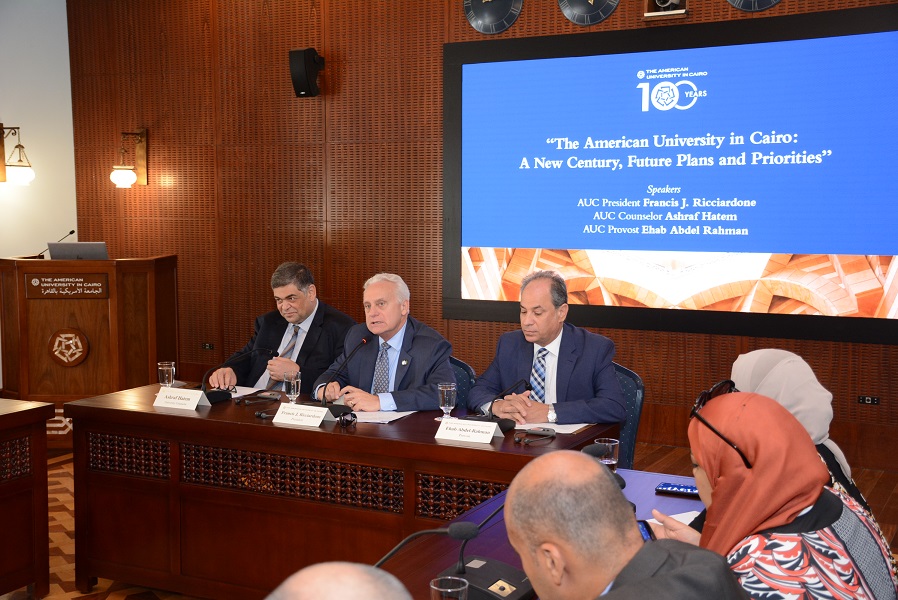 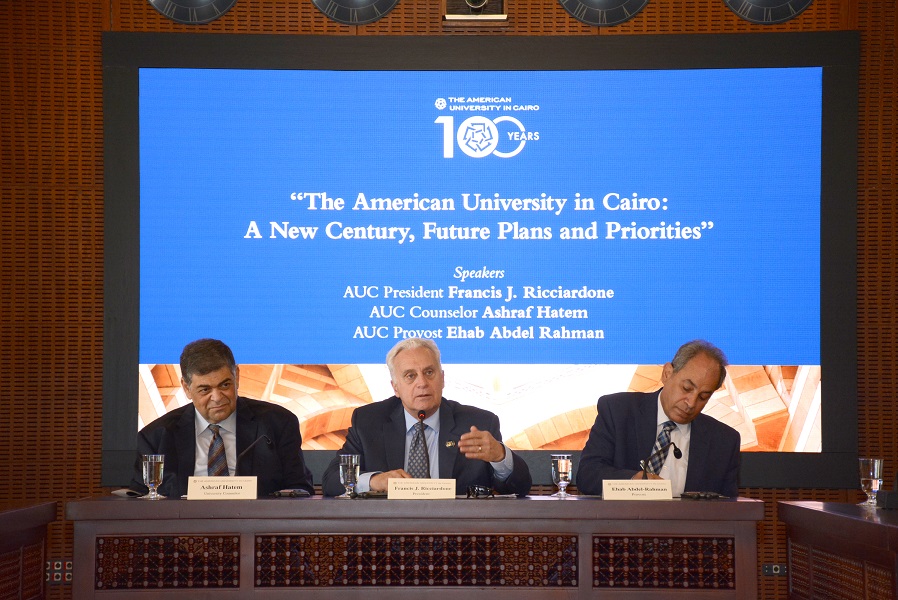 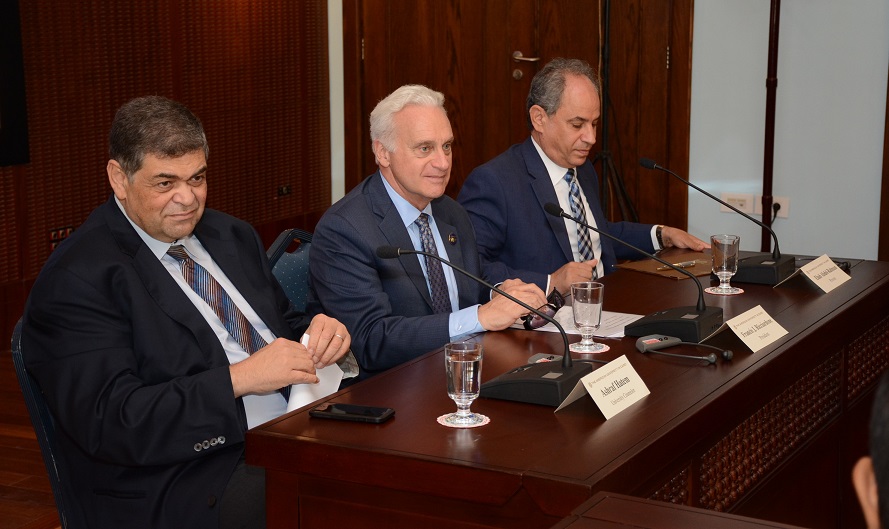 “In our centennial year, I am exceedingly proud of the steps we have taken towards making AUC a true catalyst of collaboration between universities both inside and outside of Egypt. Our achievements reflect our mission of exposing international students to Egypt and preparing Egyptian students for the world,” said Ricciardone.

Ricciardone also stressed that the Ministry of Higher Education wants to invest in Egyptian youth by facilitating collaboration between universities within Egypt and across the world, and that AUC is vital to achieving that vision.

Hatem said that the University is keen on strengthening ties with various national and international educational institutes. He highlighted the importance of the scientific research alliance between AUC, Zewail City of Science and Technology, Nile University and Egypt-Japan University of Science and Technology, saying: “One of the most important aims of the alliance is to support the academic research between the four universities and to enhance the quality and the level of integration in academic research.”

Hatem stressed on the significance of the recent cooperation between AUC and the Ministry of Planning, Monitoring and Administrative Reform. AUC has trained 30 civil servants and government employees, for two months, to prepare for the government's move to the New Administrative Capital. This MOU is part of Vision 2030, a national initiative focused on increasing institutional effectiveness and boosting effective administrative planning. This partnership draws on the executive education programs offered by AUC and King's College London.

Cooperating with Egyptian Universities, Hatem said that AUC has established 11 career development center across different universities, funded by the United States Agency for International Development (USAID). The Centers are part of a plan to establish 20 sustainable UCCDs in 12 Egyptian public universities in Upper Egypt, Delta and Greater Cairo to serve roughly 1 million students at public universities. These centers will also help in bridging the gap between the university educational outcomes and industry needs.

Hatem also noted: “AUC is first and only accredited University in Egypt by the Middle States Commission on Higher Education (MSCHE).” In 2011, AUC became the first University in Egypt to be accredited at the institutional level by the National Authority for Quality Assurance and Accreditation of Education (NAQAAE), a local government organization responsible for establishing quality standards for Egypt's educational institutions.

Abdel Rahman said that AUC’s moving up 25 places compared to last year in the 2020 QS World University Rankings, makes it among the top 1.5 per cent of universities worldwide. “This leap came as a result of several steps taken by the University to advance its educational system. The University has also attracted new international faculty members comprising 75 per cent of its new appointments.”

He emphasized that AUC is an independent non-profit educational institute, funded by aid provided from abroad and that 25 per cent of its students receive full grants- 20 in social sciences studies.

In its efforts to revitalize AUC as an educational and cultural hub for the public and become Egypt’s leading summer destination for people looking to gain personal and professional advancement, Abdel Rahman explained that the University offered Summer at AUC program. Through this program, 15 students from prominent U.S. universities — including Columbia, Princeton and Emory — came to AUC to pursue Islamic Studies in a four-week program taught by world-class faculty in the heart of Cairo.