From AUC to Sheffield: Paules Zakhary '18 — A NASA Scientist in the Making 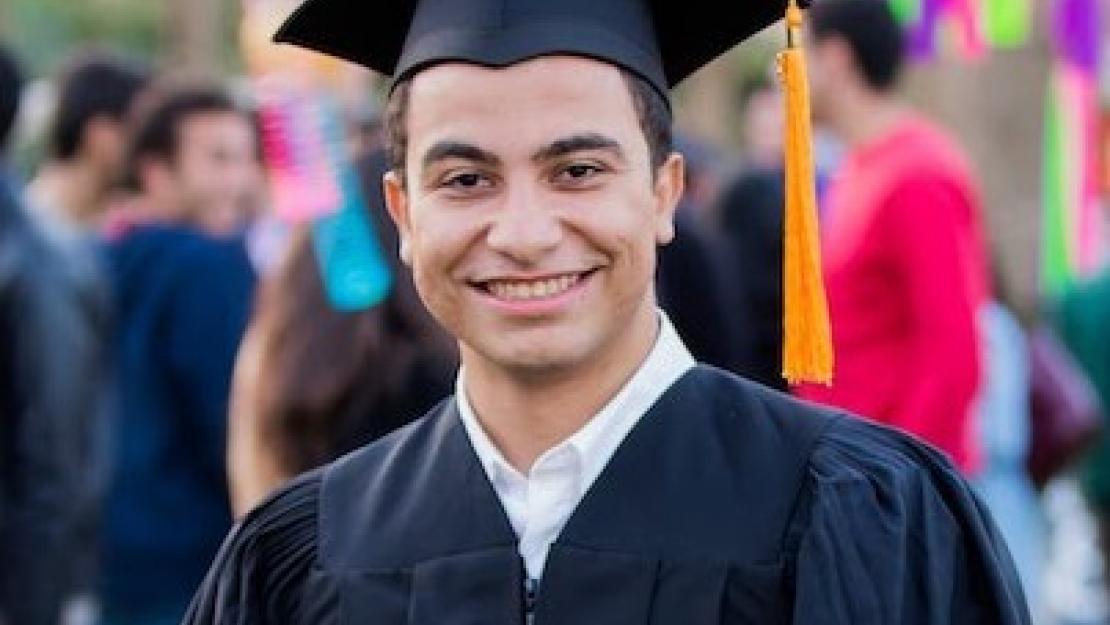 "After being granted my bachelor’s degree in physics with high honors from the American University in Cairo, Egypt, I applied for five masters programs in the UK — all of which I was accepted onto,” said Paules Zakhary ’18 in his interview with the University of Sheffield, where he is completing his master’s degree in physics, studying dark matter.

Originally from El-Balyana town in Sohag governorate, Zakhary was one of five students in the inaugural class of Misr El Kheir STEM Scholars, which provides full-tuition scholarships to five exceptional students from Upper Egypt to pursue their undergraduate studies at the University, paving the way for them to make their dreams come to life. Read here more on scholarships at AUC.

"Studying at AUC, one of the most prestigious institutes in the country, really paved the way to get involved in the world of physics. As I began to delve into actual research, I was helplessly attracted to the intricacies involved in investigating any phenomenon. During my undergraduate studies, I had the opportunity to learn from and do research with some brilliant professors," said Zakhary. "In summer 2017, I had a life-changing experience, working as a visiting undergraduate research fellow at Harvard University where I worked to design a scalable laser safety system to be installed in Prof. Gabrielse’s labs, mainly in Northwestern, and partially in Harvard and CERN. This wouldn't have been possible without the support I received from the AUC and Misr El Kheir Foundation, and it definitely eased my transition to get accepted at Sheffield where I work on material screening to define tolerable rates from background sources which would allow a clear detection of the dark matter most theoretically-supported candidate, Weakly Interacting Massive Particle (WIMP). These WIMPs may be able to explain dark matter, which exists in theory, but so far no experiments have detected conclusive evidence of it."

As a physics student at AUC, Zakhary previously told News@AUC:

“One of my biggest dreams is to work for NASA, which I cannot reach without an accredited bachelor’s degree. Studying at AUC will pave the way to NASA. Here, I am taking the first step toward my dream.”

Looking forward to an even brighter future, Zakhary expressed in his interview with the University of Sheffield his wish to pursue his PhD as part of the international LZ Dark Matter Experiment at one of the prestigious schools in the United, States, "hopefully Stanford," he aspired.

Learn here how to support scholarships and fellowships at AUC.