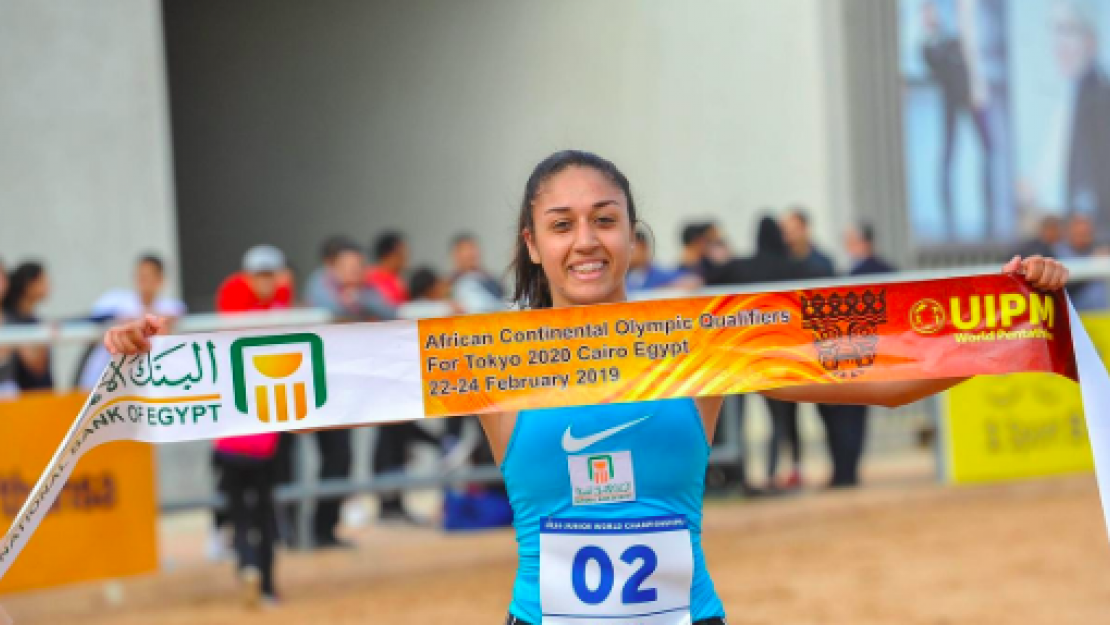 Haydy Morsy, an AUC sophomore and pentathlete, won first place at the 2019 Pentathlon African Championships last month, qualifying her for the 2020 Summer Olympics in Tokyo. Morsy competed in 2016 Rio Olympics, where she came in 33rd place, and the 2014 Nanjing Youth Olympics, where she finished in sixth place. Morsy also won a silver medal in the 2015 Union Internationale de Pentathlon Moderne (UIPM) World Pentathlon Championship, and two silver medals in the 2016 and 2017 UIPM World Pentathlon Championships. Last week, she won a gold medal in the first of four World Cups in the 2019 modern pentathlon season.

Morsy's thoughts on her athletic accomplishments:

"This is my third Olympics in a row, but this time I felt something different something new because it was the first championship in 2019, and I was like, "Wow, what an amazing start for 2019!' This was the first sentence ever I used after winning the gold medal and booked my ticket to Tokyo 2020 as the first Egyptian and foreign athlete ever. [It is] a week after I won another gold medal in World Cup number one held here in my country, which means double gold medals in one week with the support of my family, friends and federation. Hearing the Egyptian anthem two times in two different big championships ... this is the best feeling and start ever! Still waiting for more and more to achieve this year. Being a professional athlete in my sport on one hand, and an AUCian on the other hand, I think is one of the important challenges I did in my life. I know I didn’t go to an easy university, especially with my sport [made of] five different disciplines, but I always believe that an athlete can do anything if he or she wants to do it!"