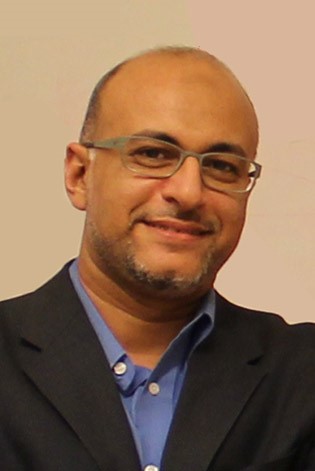 Sherif Abdelmohsen is associate professor of digital media and design computing in architecture at the Department of Architecture, which he joined in 2014, after having worked as an adjunct faculty member since 2012. His responsibilities include developing the computer aided architectural design (CAAD) curriculum within the department as well as managing the digital fabrication laboratory. He teaches design studios and courses related to parametric and generative design: ARCH 473/3522 "Digital Design Studio and Workshop", and ARCH 455/4558 Architectural Design Studio VIII - High Tech.

Abdelmohsen received his PhD degree in architecture from Georgia Institute of Technology in 2011, and participated in design computing research and teaching at both Carnegie Mellon University and Georgia Tech. His PhD thesis topic involved studying the communication of design intent in BIM-enabled architectural practice through an ethnographic study of architectural and AEC firms. He received his MSc and BSc degrees in architectural engineering from Ain Shams University in 2004 and 2000 respectively.

At the professional level, Abdelmohsen has participated in designing several architectural projects including residential buildings, commercial complexes, museums, and exhibitions in Egypt, Saudi Arabia and Germany. He is also a BIM consultant and founder of KRAFT | Studio, and founder of UDAAR, an international company specialized in the efficient management of the built environment using state of the art technology.

Sanguinetti, P. & Abdelmohsen, S. (2007), "On the Strategic Integration of Sketching and Parametric Modeling in Conceptual Design," in Proceedings of the 27th Annual Conference of the Association for Computer Aided Design in Architecture (ACADIA 2007), Halifax, Nova Scotia, Canada, pp. 242-249.