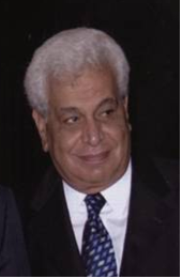 Mikhail consulted for a number of high tech projects while in Canada. He worked on mechanical systems designs, for example, while working for NASA’s space shuttle program.

Mikhail holds a BSc in aeronautical engineering and a BSc in mathematics from Cairo University. His MA degree is in aero-thermodynamics and his PhD is in aerospace engineering from Carleton University, Ottawa, Canada.