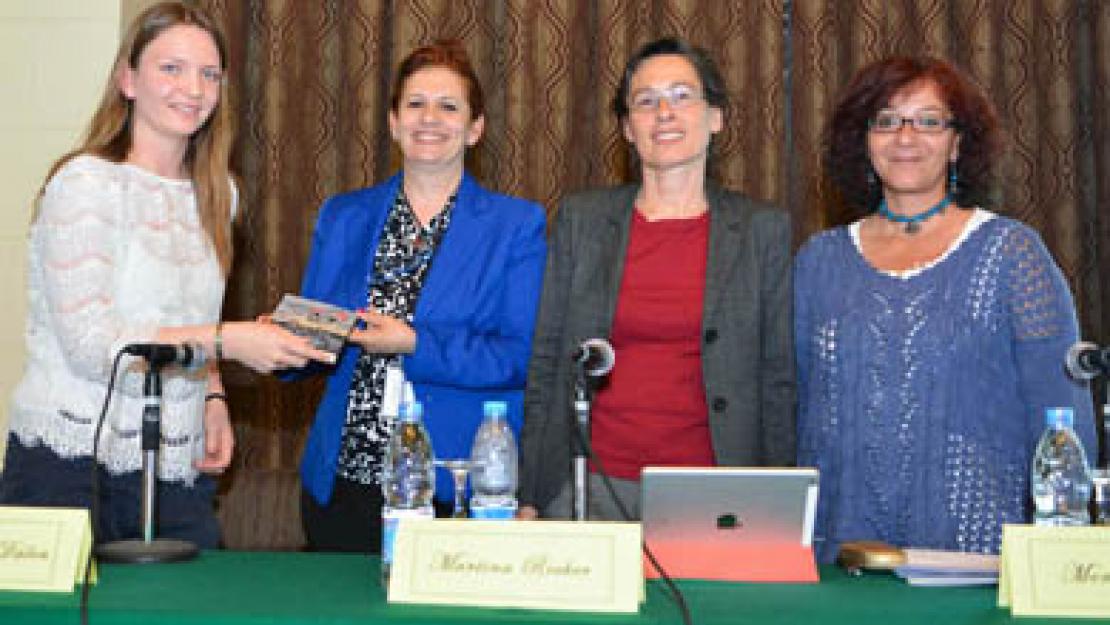 These observations were part of the graduate thesis, “Urban Geographies of Romance: Meeting and Mating in Cairo,” by Elaine Van Dalen ’14, a Middle East studies master’s student and this year’s recipient of the Magda al-Nowaihi Graduate Student Award in Gender Studies, which recognizes student theses that focus on gender issues in any discipline. Van Dalen received the award at the annual ceremony that was held on May 12, 2014.