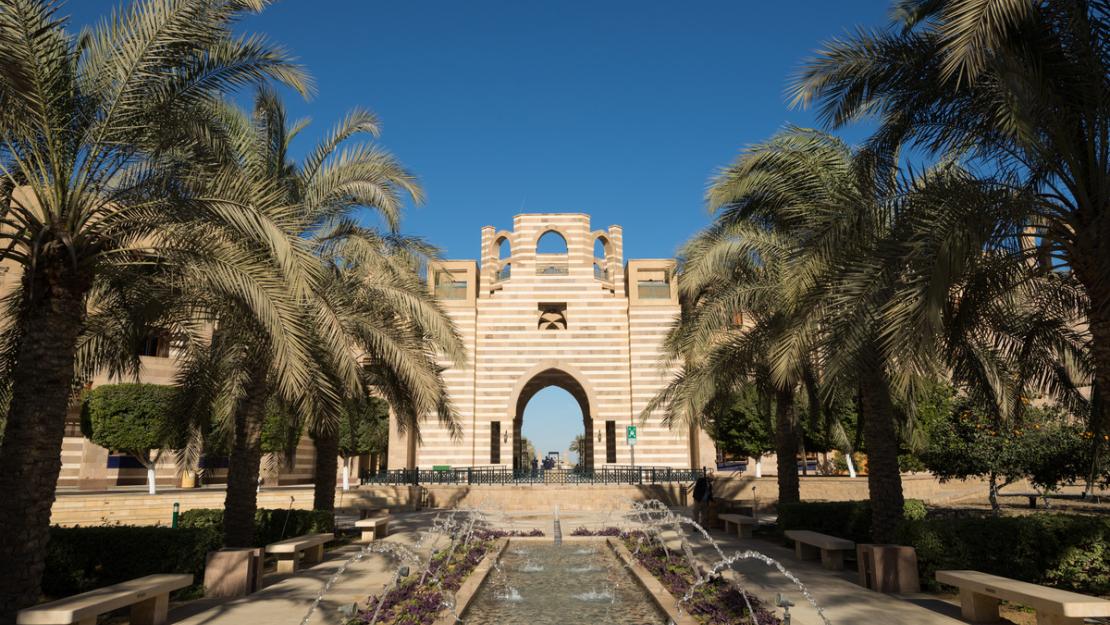 Prepared by graduate students in the Community Psychology program and supported by the Office of Institutional Equity (OIE) and the Office of Strategy Management and Institutional Effectiveness (SMIE), the survey sought to gain an understanding of sexual harassment on campus and gather viewpoints of community members on this crucial topic. The results of last year’s survey helped guide the implementation of AUC’s anti-sexual harassment policies and procedures and a decision to administer the survey annually. It also prompted an awareness campaign around the University’s reporting mechanisms.

We want to continue hearing from you. Be sure to participate in AUC’s anti-sexual harassment survey launching this week.

The survey, sent to 8,849 community members, yielded a 10% response rate, with the highest response rate coming from faculty members (30%). Survey participants were primarily female (67%). Following are highlights of the survey findings.

Survey participants chose the following three behaviors the most when asked to define sexual harassment: physical assault (96%), pressure for sexual favors (93%) and the exposure/hinting at private parts (93%). The three behaviors selected the least were intimidation/humiliation based on sex/sexual orientation (77%), followed by persistent, unwanted romantic attention (74%) and offensive comments on bodies/appearances (73%).

Survey participants selected the following as the top three reasons why someone might sexually harass another person: “the harassers’ desires to show off or impress” (60%), “the increased self-confidence that the harassment generates” (41%) and the desire to humiliate someone (32%) or “to just ‘be funny’” (32%). The bottom three were “AUC has an open environment” (11%), the harassed party is wearing provocative clothing (9%) and the harassed party is behaving in a provocative way” (8%).

When asked if sexual harassment is a problem on campus, 28% of survey participants agreed, 41% disagreed and 33% chose the “neutral” response.

While 65% of survey paticipants reported that they had not experienced sexual harassment on campus or online themselves, some participants reported hearing sexually explicit statements/jokes/remarks (18%), inappropriate bodily staring (17%) or offensive comments about bodies and appearances (17%). Of those who reported experiencing sexual harassment, 59% indicated their harassers were students, while 20% indicated their harassers were faculty members.

Almost all participants — 97% — indicated that they had not engaged in sexual harassment. Those who self-reported as having done so stated that they had stared at bodies (2%), made sexually explicit statements, jokes or remarks (1%) and/or had humiliated or intimidated someone based on their sex or sexual orientation (1%).

Of the respondents who had experienced harassment, 46% reported doing nothing about it, while 21% talked to their friends. Reporting the incident to an AUC employee or office scored 1% across the board — whether it be to the Title IX coordinator, the counseling center, or a faculty or staff member.

When asked what they would like to see happen to harassers, 57% of the participants said “receiving education on sexual harassment,” while 41% wanted the harassers to receive warnings. Another 33% wanted the harassers suspended from AUC. Participants also felt that the most effective steps to combat sexual harassment are implementing penalties (92%), improving the reporting system (93%) and establishing a hotline (86%).

With regard to reporting incidents, 53% of participants thought that those who experienced sexual harassment should go to the dean of students, 45% identified security personnel and 38% said the Title IX coordinator. Perceived obstacles to reporting were lack of assurance of confidentiality (64%), lack of information on where to go or who to report to (60%), fear or retaliation (54%) and stigma (48%).

In response to the survey results, AUC did the following:

Office Awareness: The Office of Institutional Equity launched an initiative to raise awareness about the office’s role and functions. This included presenting through AUC’s Campus Conversation, promoting the University’s various reporting channels and creating a website for the office. After returning to the campus, the OIE staff also increased their physical presence on campus to handle walk-in complaints.

Reporting Channels: In response to the confidentiality concerns from survey participants, the OIE has made an option for anonymous reporting available for reporters who wish to keep their identity anonymous.

Campus-wide Training: The OIE launched and continues to oversee the implementation of the online anti-sexual harassment training. Face-to-face training in Arabic was conducted for several community groups and continues to be a priority for the office.

This year’s survey is launching this week. Be sure to check your email and make your voice heard.

The survey this year asks questions about more subtle forms of sexual harassment, such as calling colleagues pet names. Some questions were also reworked to gauge the community’s understanding of keywords like “consent,” as well an overall awareness of AUC’s anti-sexual harassment campaigns and reporting mechanisms.

To report a complaint, please check the OIE’s reporting channels or contact the Office of Institutional Equity at equity@aucegypt.edu.

For more information on the #AUCSpeakUp initiative, visit the SpeakUp webpage. Learn more about AUC's Anti-Harassment and Non-Discrimination Policy here.