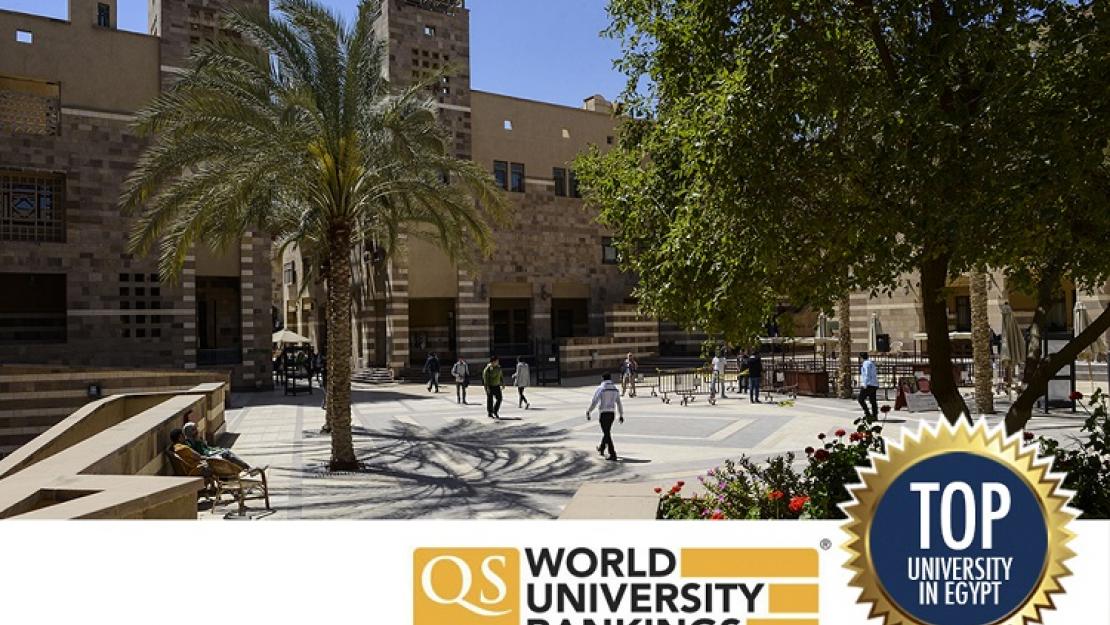 For the third year in a row, Quacquarelli Symonds (QS) ranked AUC the number one University in Egypt and fifth in the Arab region in their 2015 - 2016 World University Ranking.  Taking into account all the indicators of quality, QS gave AUC an overall score of 90/100 in the regional ranking, which puts the University in a very competitive spot compared to other institutions in the Arab world.  AUC was also ranked the third top University in Africa.

The ranking uses nine indicators with different weights that measure reputation, faculty and student quality, and faculty research.  In fact, this year, AUC ranked highest in this global ranking since it began in 2012.

“QS World University Rankings is a reputable university ranking based on a diversified and balanced set of criteria covering performance on the academic, teaching, research and employability fronts,” said Iman Megahed, executive director of data analytics and institutional research. “The ranking provides students, parents and stakeholders with more relevant information than what most other world rankings provide that focus primarily on research output as a key metric for performance.”

In development studies, AUC ranked in the 51 - 100 category among Sciences Po in France, Georgetown University and University of California - Davis. The University also ranked well globally in the arts and humanities category.

AUC recently established a Standing Committee on Academic Rankings to monitor major global rankings and propose strategies to disseminate data about AUC to ranking agencies more effectively. The committee also analyzes the methodologies and criteria different enterprises use in their rankings. Members of the committee include faculty and staff members who have specialized expertise in international accreditation and ranking.

"In a way, I am delighted by the sustained acknowledgment for our quality of education and the strength of the academic programs AUC offers,” said Ehab Abdel-Rahman, vice provost. “Yet, I believe that no formulaic rankings can quite assess and describe the spirit and distinctiveness of any university. Rankings cannot determine which university might be the right match for an individual student.”