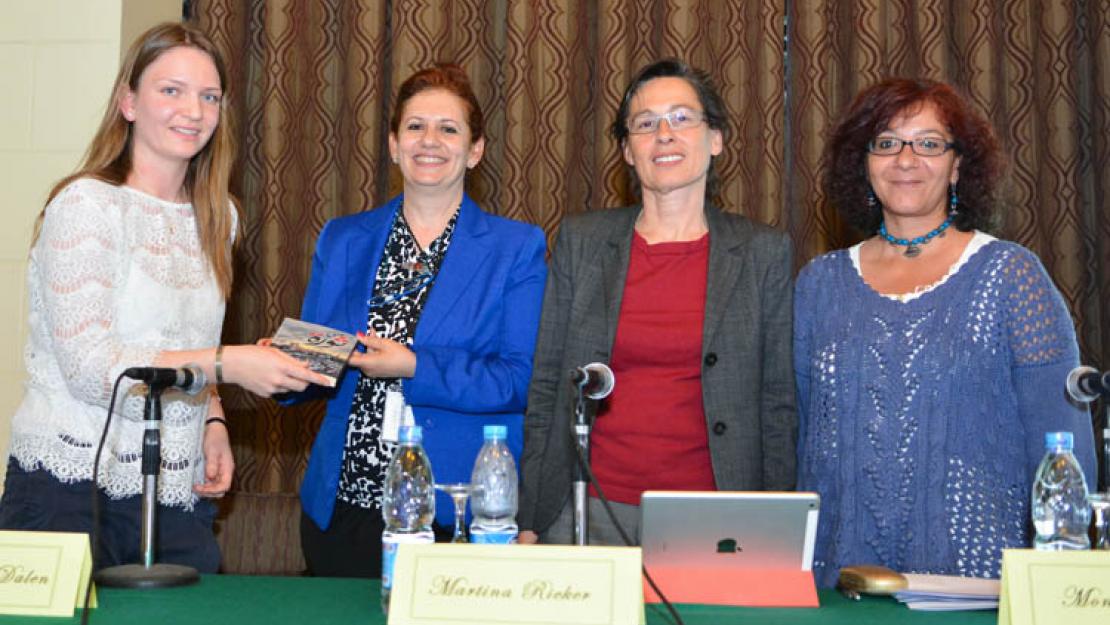 These observations were part of the graduate thesis, “Urban Geographies of Romance: Meeting and Mating in Cairo,” by Elaine Van Dalen ’14, a Middle East studies master’s student and this year’s recipient of the Magda al-Nowaihi Graduate Student Award in Gender Studies, which recognizes student theses that focus on gender issues in any discipline. Van Dalen received the award at the annual ceremony that was held yesterday, May 12.

For more information on the award and past recipients,click here.

Photo caption: Van Dalen (left) receiving her award, in the presence of Laila El Baradei, acting dean of the School of Global Affairs and Public Policy; Martina Rieker, director of the Cynthia Nelson Institute for Gender and Women's Studies; and Mona Prince, Egyptian novelist and keynote speaker at the ceremony held yesterday