Distinguished Alumni of the Year Recognized 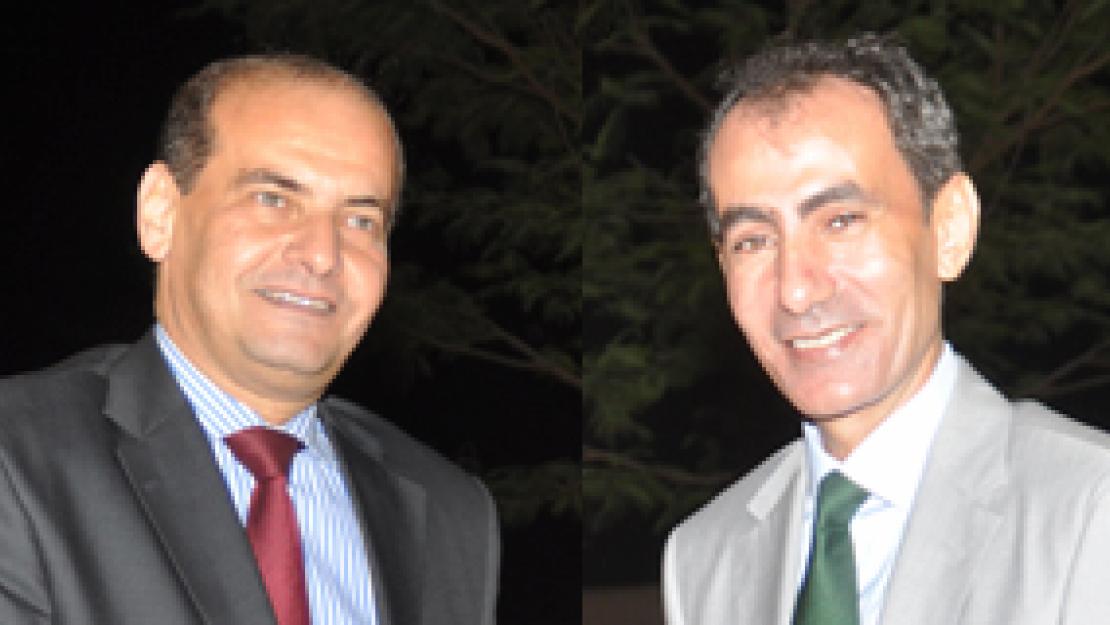 During the annual Alumni Awards Ceremony, four alumni were recognized for their distinctive achievements and exceptional dedication to their careers and communities. They include the following:

Yosri Fouda is editor and presenter of the celebrated talk show Akher Kalam (Last Word), which airs on ONTV. He received his bachelor's in journalism from Cairo University and Master of Arts in television journalism from AUC in 1992.  Fouda was part of the team that established the BBC Arabic service in 1994. From there, he joined the Associated Press TV and the Arab News Network before joining Al-Jazeera news team in London.   In 2003, along with co-author Nick Fielding, Fouda published the acclaimed book on Al-Qaeda, Masterminds of Terror: The Truth Behind the Most Devastating Terrorist Attack the World Has Ever Seen.

Fouda served as chief investigative correspondent and executive producer for Al-Jazeera until 2009, when he left to return to Egypt because he knew, as he put it, “something was stirring.”   He covered the 18 days of the January 25 Revolution on air, and his daily show is said to have been the most highly rated in Egypt, both during and after the revolution. He has hosted public figures from across the political spectrum — from revolutionaries and presidential candidates to artists and government officials. He also moderated the presidential debate in the weeks leading up to Egypt’s historic presidential elections.   In 2005, fellow journalist Hugh Miles said of Yosri Fouda, "This Egyptian sleuth has almost singlehandedly pioneered the Arab tradition of investigative journalism. … He is the sort of man you are very glad decided to work for the forces of good, rather than evil."

Ahmed Tolba is associate professor of marketing at AUC's School of Business. He is also director of El-Khazindar Business Research and Case Center (KCC), the first center in the Middle East and North Africa region that focuses on developing world-class refereed case studies. He was awarded his PhD from The George Washington University in 2006 and his MBA and Bachelor of Science from AUC in 1997 and 2001, respectively.   His research focuses on brand equity, innovation marketing, online marketing, nation branding, social marketing and entrepreneurship. He published in leading academic journals such as the Journal of Product and Brand Management, Journal of Technology Marketing, International Journal of Marketing Studies, Journal of International Business and Cultural Studies, The MENA Journal of Business Case Studies, Business Monthly, Innovations, American Marketing Association, Academy of Marketing Science, Society for Marketing Advances and Academy of Management. He also participated in several conferences including Thought Leaders International Conference on Brand Management, Frontiers in Services Conference and Association for Global Business, among others.

Tolba taught a variety of courses at The George Washington University and AUC at both undergraduate and graduate levels. He conducted various training programs for several institutions, covering the topics of marketing management, marketing research, strategic brand management, marketing strategy, integrated marketing communications and entrepreneurship. He is a key player promoting AUC’s entrepreneurship emphasis, which, he says, is vital to the growth and prosperity of the Egyptian economy, society and future generations.

Ambassador Sameh Aboul-Enein is the deputy assistant foreign minister of Egypt for disarmament and peaceful uses of nuclear energy. He commenced his diplomatic career in 1987 and has served in numerous posts. Most recently, Aboul-Enein was minister plenipotentiary and deputy head of mission of Egypt to the United Kingdom. Earlier, he was director of the United Nations Affairs Department and director of the Specialized Agencies and International Organizations Department at Cairo’s Ministry of Foreign Affairs. From 2002 to 2006, he was alternate representative to the Conference on Disarmament and to United Nations offices, Permanent Mission of Egypt, Geneva. He also served as an adviser to two previous foreign ministers and as a counselor for Arab and Middle East affairs from 2000 to 2002, as well as political officer for Middle East-Israeli/Palestinian Affairs from 1994 to 1996.   Aboul-Enein currently teaches international security and disarmament at AUC, and is a visiting professor at the Diplomatic Academy, University of East Anglia; visiting lecturer and course instructor at the NATO Defense College in Rome and at the British Military Academy in Swindon, United Kingdom; and visiting professor at the Defence Academy of the UK Centre for International Studies and Diplomacy, School of Oriental and African Studies, University of London; and the Diplomatic Academy of Vienna.

He has written and lectured widely in both English and Arabic on international and regional security, as well as conflict resolution and the Middle East Nuclear-Free Zone.

Dowidar holds a Bachelor of Science in telecommunications engineering from Cairo University (1991), a graduate diploma in industrial engineering (1993) and an MBA (2001), both from AUC. He has also participated in senior management executive programs in IMD and London Business School.