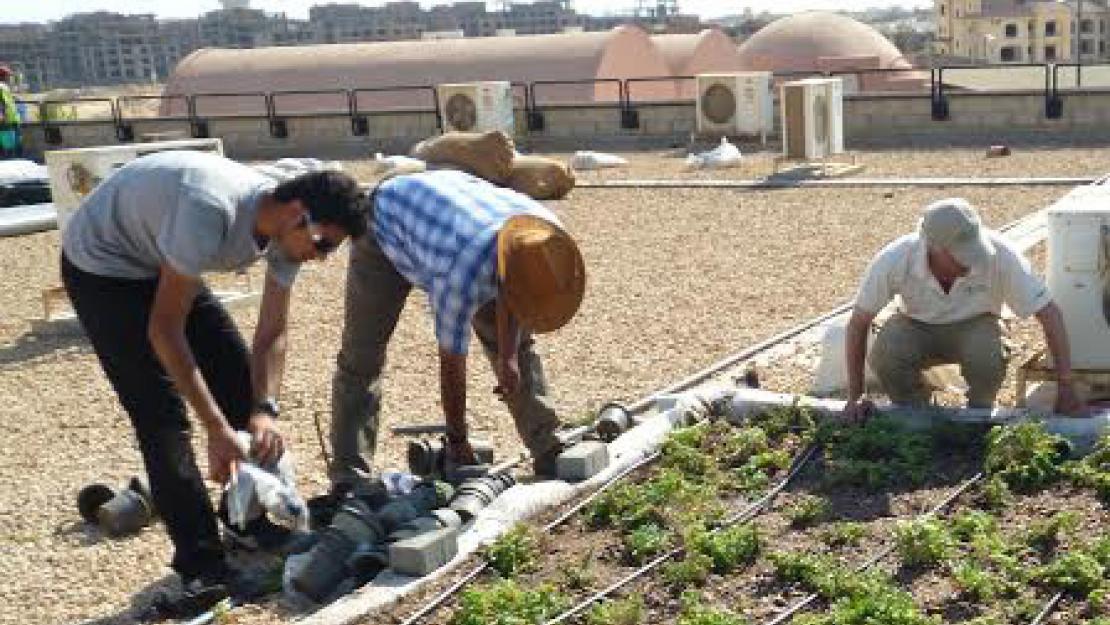 Thirty four years ago, Professor Emeritus Adly Beshay introduced the idea of establishing a desert development center at AUC. In November 1979, a prime ministerial decree allocated 575 feddans of unreclaimed desert in South Tahrir (Beheira governorate) for the development of a research station and training center. Since then, the Desert Development Center (DDC) has served as an applied research and training unit of AUC.

The University and its supporters invested more than $30,000,000 in promoting sustainable development through the work of the DDC in South Tahrir. This investment has resulted in major benefits to the Egyptian people and economy, with more than 12,000 Egyptian farmers, teachers and students having received training in South Tahrir. The DDC also focused on improving the social and economic well-being of people living in desert communities by developing financially and ecologically sustainable rural livelihoods. In addition to training programs, its activities included agricultural and socioeconomic research, community outreach services, desert farming, renewable energy and resource management, as well as the development of desert communities. In addition, the DDC has worked on improving water and soil administration in different parts of Egypt, developing small-holder livestock enterprises and enhancing crop yields, particularly citrus, where the DDC has introduced numerous new varieties in Egypt and promoted a thriving export industry.

“Over the years, the DDC’s biggest research contribution has been the improvement of Egypt’s citrus production,” said Richard Tutwiler, who served as the DDC’s director since 2001 and is the founding director of the Research Institute for a Sustainable Environment. “Citrus is now Egypt’s number one agricultural export commodity and is worth about $1 billion per year. It was not a significant part of the economy 30 years ago. Another major impact of the DDC is on the educational front. An evaluation by the Ministry of International Cooperation cited the DDC training as the best program of its kind in Egypt. We are particularly proud of that.”