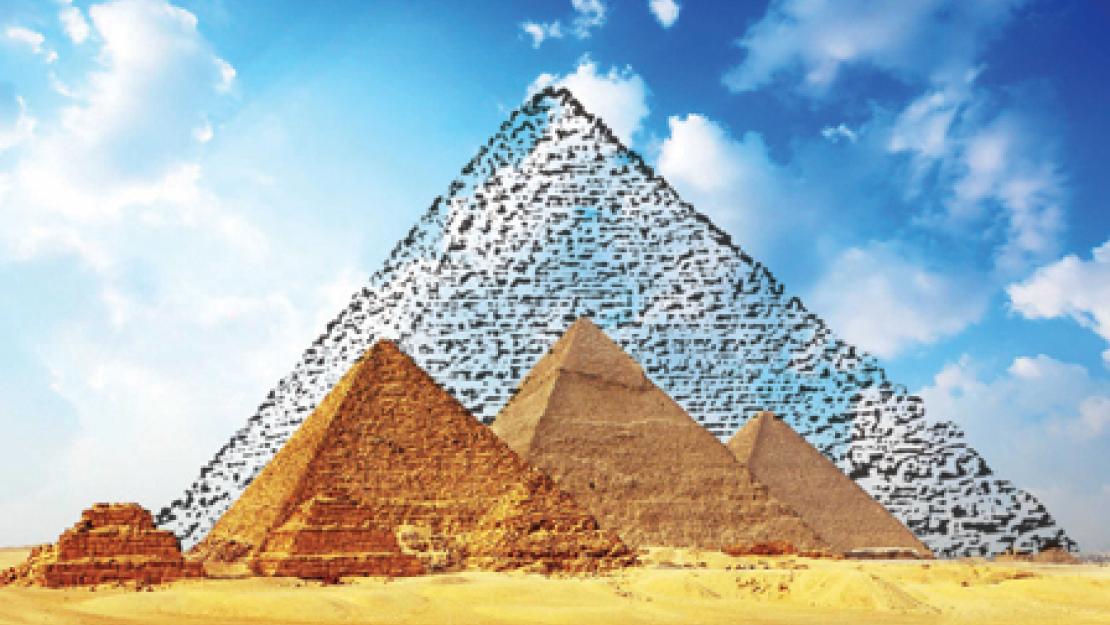 As part of its ongoing efforts to maintain and improve its operational sustainability, AUC has witnessed a one-third reduction in overall energy consumption on the New Cairo campus over the past two years, decreasing the cost of utilities by $2 million, thanks to an energy-saving plan designed and implemented by the University’s sustainability team.

The strategies adopted by the team are highlighted in Carbon Footprint 2.0, a report that measures the University’s carbon footprint, which is the annual total of carbon dioxide (CO2) and other significant greenhouse gases emitted into the atmosphere as a result of daily activities and campus operations. AUC is the first higher education institution in the Middle East and North Africa to conduct such a comprehensive study of its own impact on climate change.

AUC’s net carbon footprint for fiscal year 2012 –– which ran from September 1, 2011 through August 31, 2012 –– is 37,711.85 metric tons of carbon dioxide equivalent, considering only the activities of AUC New Cairo. When the total emissions are divided by the number of full-time equivalent students, the result places AUC’s level of emissions in the company of U.S. schools that are similar in size or climate. AUC emits approximately 6.4 metric tons of carbon dioxide per full-time equivalent student, comparable to U.S. institutions such as the University of Arizona (6.6 metric tons) and Brandeis University in Massachusetts (6.3 metric tons).

“One of the most striking conclusions to be drawn from the report is the positive impact of the University’s energy saving program on carbon emissions,” said Sustainability Director Marc Rauch. “From fiscal year 2011 to fiscal year 2012, the energy savings just from operating the heating, ventilation and air conditioning (HVAC) system more efficiently resulted in 6,542 fewer metric tons of carbon dioxide emissions.”

At the heart of this study is a concern for Egypt’s susceptibility to the effects of global warming. Rising sea levels could displace large numbers of Egypt’s coastal population, while also destroying precious farmland in the Delta. Changes in rainfall from global warming may also affect the flow of the Nile from its source in Ethiopia, leaving not just the agricultural sector, but also all of Egypt, with a dangerous lack of fresh water. “Put simply,” said Rauch, “curbing our carbon emissions, and convincing others to do likewise, will help sustain the long-term viability of Egyptian society.”

With regard to HVAC, as noted above, a University task force embarked on an energy-saving initiative that reduced emissions in this category by 27.5 percent in fiscal year 2012. In terms of lighting and electrical equipment, a team of AUC facilities managers and electrical engineers has installed sensors in all 138 classrooms to turn off the lights automatically whenever these rooms are empty, and is placing thousands of Please Turn Off the Lights signs above light switches in offices, meeting rooms, classrooms and laboratories across the New Cairo campus. The team is also working to reprogram AUC New Cairo’s public lighting system to turn off the University’s 30,000 lights in public and common areas, except when they are needed. As for transportation, the University is encouraging members of the AUC community to commute by bus and allows carpoolers free parking on campus. To decrease water use and increase its availability, AUC’s sustainability team developed a water management strategy over the past year, resulting in a projected 60 percent decrease in water use, along with a nearly 60 percent increase in storage capacity. The strategy included the installation of a new 2,000-cubic meter water tank on campus, changing flush valves in bathrooms, managing the air conditioning system more efficiently and using recycled water to irrigate campus landscaping.

As explained by Ashraf Salloum, the University’s architect, a number of special features were built into the design of AUC’s New Cairo campus to reduce its greenhouse gas emissions and promote sustainability. The utility plant uses natural gas that burns more cleanly than other carbon-based fuels such as oil or diesel. The University also generates a significant percentage of the power needed for the campus using cogeneration, a process whereby the waste heat generated by creating electricity is used to create hot water for heat and domestic hot water. In addition, the efficiency of the irrigation network allows AUC to dispense only 1,500 cubic meters of water per day for the campus landscaping –– less than half of the average for a landscaped area this size. The walls of campus buildings are constructed to regulate heat gain and loss; this reduces air conditioning and heating requirements by up to 50 percent compared to more conventionally constructed buildings. The orientation of the buildings was carefully studied to maximize the availability of daylight in offices and classrooms and, thus, reduce the need for energy-consuming artificial lighting. There are also no conventional dropped ceilings in most classrooms and labs, which reduces the amount of material and maintenance required.

Continuing its efforts to reduce energy expenditure, plans for further emissions reduction are underway. “The carbon footprint report concludes with 20 specific recommendations for further reducing AUC’s carbon footprint,” said Rauch. “These run the gamut from converting the University’s own transportation fleet to run on natural gas (a cleaner burning fuel) to encouraging two-sided copying and printing to reduce paper consumption.”

Released in November 2013, Carbon Footprint 2.0 is the second report of its kind prepared by the Office of Sustainability and the Research Institute for Sustainable Environments (formerly the Desert Development Center). The first report was released in October 2012.