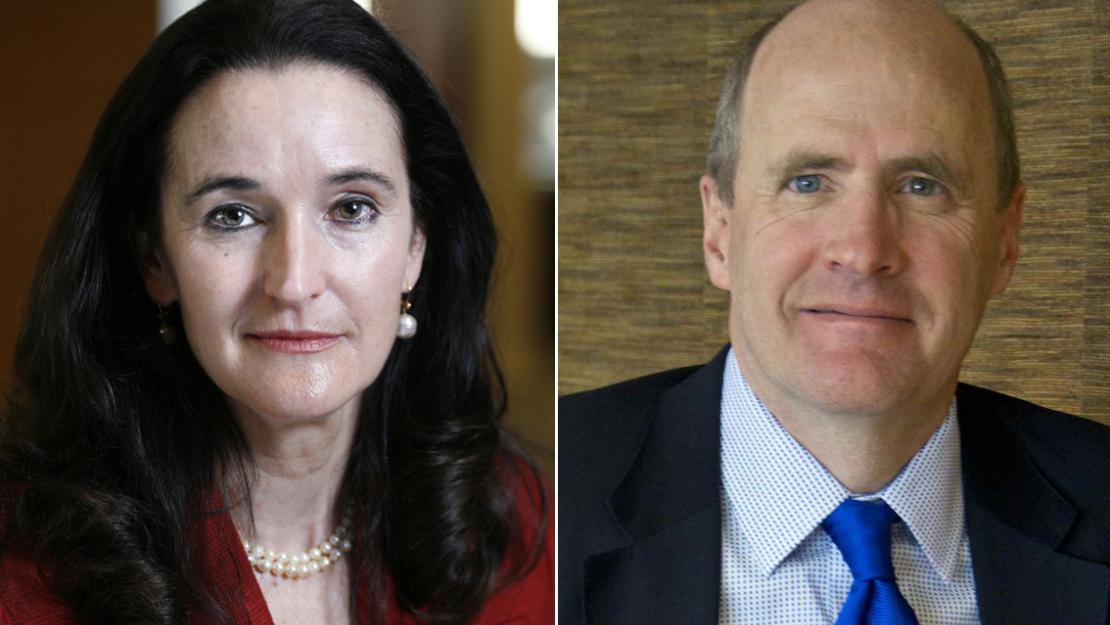 Teresa Barger, co-founder and managing director of Cartica Management, LLC, and Mark Turnage, CEO of OWL Cybersecurity, have both joined the Board of Trustees

Barger co-founded Cartica Management in 2009 as an asset management firm that invests exclusively in emerging market countries, including Egypt. Before establishing Cartica, Barger worked for more than 20 years at the World Bank Group’s International Finance Corporation, making investments in emerging markets companies in nearly every region of the world. Prior to that, she worked at McKinsey & Company.

“I see AUC as an acropolis of excellence in a country struggling on so many fronts,” said Barger. “For me, a chance to be a trustee and contribute to an institution uniquely able to contribute to the unleashing of intellectual horsepower in the region is exciting, and I am grateful for the opportunity.”

Mark Turnage currently leads Owl Cybersecurity, a firm that provides data security systems and detects compromised data through monitoring the darknet. He previously served as CEO and vice chair of OpSec Security Group, which provides technological solutions to fight counterfeighting and to protect brands online. He is also senior adviser to the Colorado Impact Fund and a technology adviser to the Blackstone Entrepreneurs Network. Previously, he was a consultant with McKinsey & Company, as well as a practicing attorney with Davis Graham & Stubbs. A private investor in technology, software and manufacturing startup companies, he serves on various corporate and nonprofit boards.

Turnage studied at AUC during his junior year abroad in 1980. At the end of the year, he decided to remain at AUC and work on his Arabic. He speaks both Spanish and Arabic, and has had numerous business engagements in Egypt. “I admire how AUC has both survived and thrived for such a long period of time, and I strongly believe in the liberal arts core of the University,” said Turnage, who holds a JD from Yale Law School, an MA in philosophy, politics and economics from the University of Oxford and a BA (summa cum laude) in international affairs, African and Middle Eastern studies from the University of Colorado Boulder.

Richard Bartlett, chair of AUC’s Board of Trustees, highlighted how the new members will provide the board with valuable counsel and expertise. “Mark and Teresa are exemplary additions to our board,” said Bartlett. “Both of them studied at AUC and developed an affection for the Middle East, for Egypt and for the University. AUC will be well-served by the talent and integrity demonstrated by their distinguished careers, and I am grateful for their passionate commitment to AUC’s mission.”