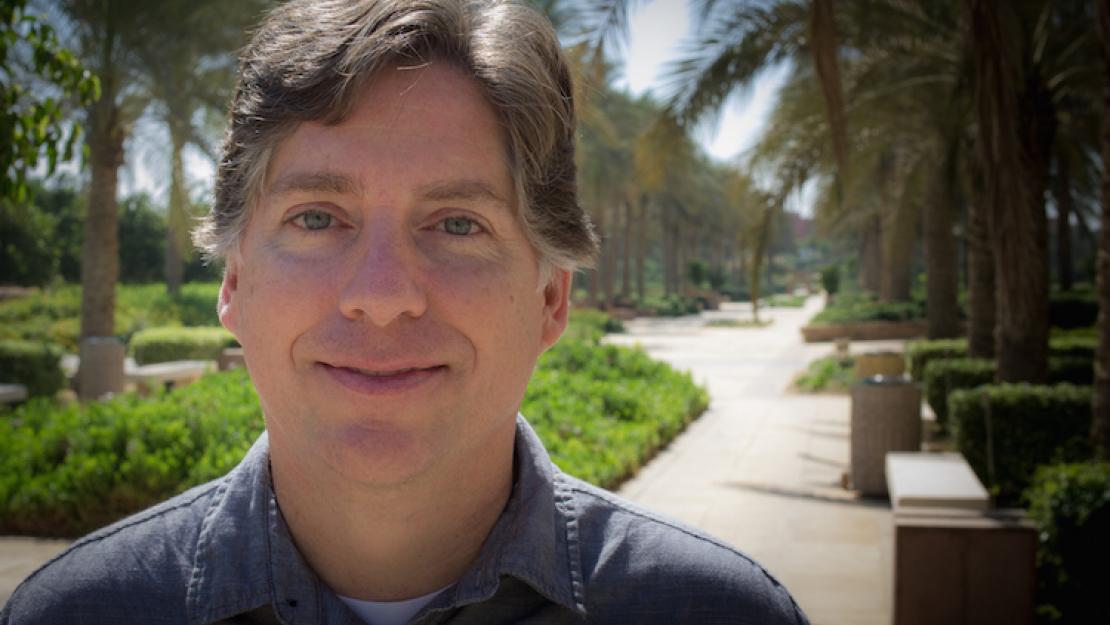 To empower a country, sometimes as much can be done from behind a desk as out in the streets. G.P. Revere, the new AUC registrar, has used his unique knowledge and skills to contribute both policy-related and ground-up development of the region. When he came to AUC last May after spending more than four years at the American University of Afghanistan in Kabul, he saw a chance to use his education background to contribute to the University’s global reputation and inspire other institutions in the region.

“AUC is the leading American University,” Revere said. “It’s the one that people look to internationally, especially in the Arab world, for a successful model.”

One of Revere’s main goals at AUC is to ensure that students are getting information about their course work as early as possible, so they can better plan their academic path and move through their courses more efficiently. “We want to really start to disseminate the information ahead of time and ensure the student is prepared properly, while also making sure that everyone is treated equitably and transparently,” he noted.

Revere emphasized that if the registrar’s office can help students better understand their degree track, they will be in a better position to take full advantage of AUC’s liberal arts, cross-discipline program.  “We can help give them the chance to explore other areas early on in their careers before they get into their major course work,” he said. “Giving students those opportunities is really important to us.”

Revere thinks students will benefit from more open communication between the registrar’s office and students. He is also planning to move away from paper-based forms to online alternatives.  “We want to make more of our services available online so students are able to access them without having to always come into the office, especially our graduate students who are more in evening programs,” he said.

Thinking of other creative ways to create a relationship with students and the AUC community, Revere is contemplating how to involve the Office of the Registrar in the campus-wide Common Reading Program. In fact, he has already read the book, Ahmed Khalid Tawfik's Utopia.  “I like that we have common reader here and would like to get more involved in that,” he said. “It would make the office more accessible and show how we are participating in the students’ lives.”

Revere at the shrine in Mazar-e-Sharif in Afghanistan.

Before coming to AUC, Revere worked at the American University of Afghanistan in Kabul, first in recruitment and administration, eventually becoming the chief of staff.  While at the university, Revere became familiar with AUC because he recognized that it was the best example of a liberal arts, American-style University, which also incorporates Middle Eastern culture and follows the Islamic calendar. “At the American University of Afghanistan, we used a lot of the practices from AUC as a template,” he explained. “We looked at its academic calendar, gender balance and inclusion, catalog, classes and offerings.”

Revere’s main objective at the American University of Afghanistan was to standardize the educational system and bring it up to international standards and to increase the number of females in higher education. He aided the university in moving away from broken educational systems imposed by foreign influences. “We wanted to localize it in the region to give students the benefit of a more culturally sensitive education, while also looking at a liberal arts curriculum to make sure that our program was well-rounded,” he noted.

Encouraged by the ripple effect of providing access to higher education and overall institutional reform, Revere also led the university in recruiting students from underrepresented areas and organizing teacher trainings. “There is a lot of hope, and a lot of people there are committed to seeing the country stabilize, advance and prosper, as well as involving the youth in that process,” he declared.

In much the same way, as the University registrar, Revere believes he has the opportunity to enact reform from an administrative position and build on AUC’s reputation as an “innovative, leading American University,” he affirmed.