AUC Portal Lights Up in Blue for World Autism Day 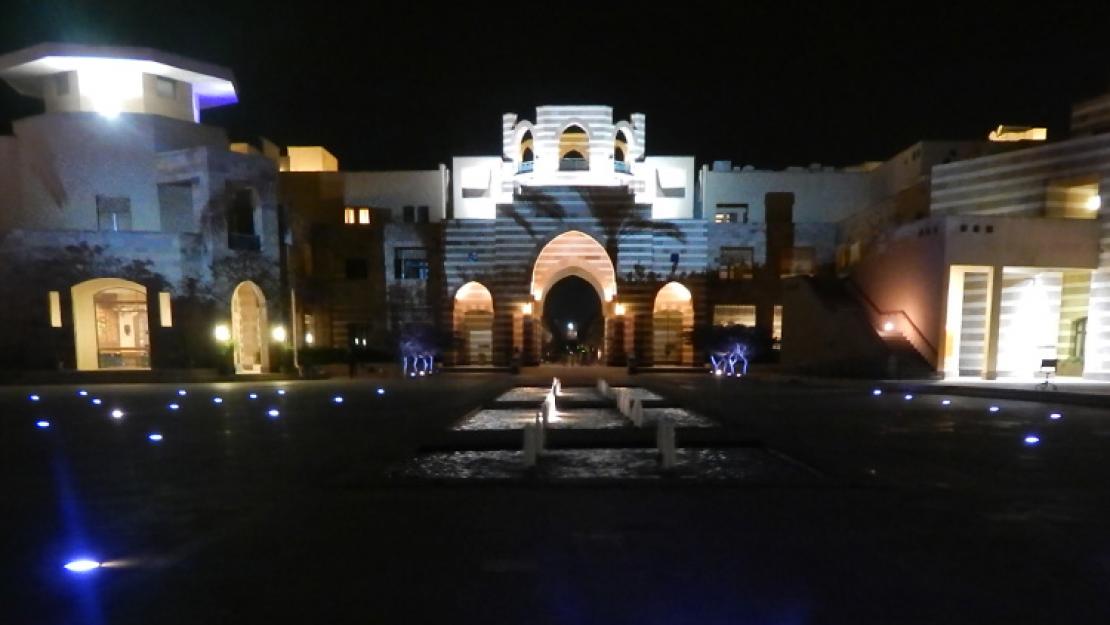 AUC lit up its New Cairo campus portal in blue as part of a worldwide Light It Up Blue campaign for World Autism Awareness Day, which aims to bring awareness to individuals with autism. Another site in Egypt that was also lit up in blue was The Citadel. In previous years, the Cairo Opera House and the pyramids were lit in blue, marking this worldwide event.

“Autism affects a lot of members in Egyptian society, and there are a lot of misconceptions in Egypt about autism,” said Omar Kandil, a public policy graduate student who organized the Light It Up Blue initiative at AUC. “We need to promote more understanding about autism to change perceptions about it.”

Kandil, along with other graduate students in the Nadhmi Auchi Young Arab Leaders Fellowship Program, first established an autism awareness initiative on campus last year with AUC’s Walk for Autism. Kandil hopes to continue the tradition and organize more autism awareness events for the month of April, which is internationally recognized as Autism Awareness Month.

“We are hoping to hold events throughout the month of April and actually establish an autism awareness club at AUC,” Kandil said.

Other AUCians have long been involved in working with autism. Magda Mostafa, associate professor in the Department of Construction and Architectural Engineering, has created the first set of architectural design guidelines for individuals with autism, called the Autism ASPECTSS™ Design Index. She has been invited to speak about her design guidelines tomorrow at the UN Committee on the Rights of Persons with Disabilities.

Mostafa noted the importance of bringing awareness about autism to AUC and Egypt. “Almost one in every 88 children falls in the autism spectrum, so it is much more common than other disorders that people are more aware of,” said Mostafa. “It is a social impairment where people’s difficulties with autism manifest in how they deal with others. So when people are more aware of the disorder and the stigma, there is a higher likelihood that individuals with autism will be included in society.”

This is why Mostafa is excited that higher education institutions like AUC are making efforts to bring awareness to autism. “A lot of organizations work with children who are affected by autism, but one parent told me: ‘It’s like our children disappear when they turn 18,’” Mostafa said. “If we get higher education institutions like AUC more involved with autism issues, then people with autism can feel more included in society throughout their lives, not just as children.”