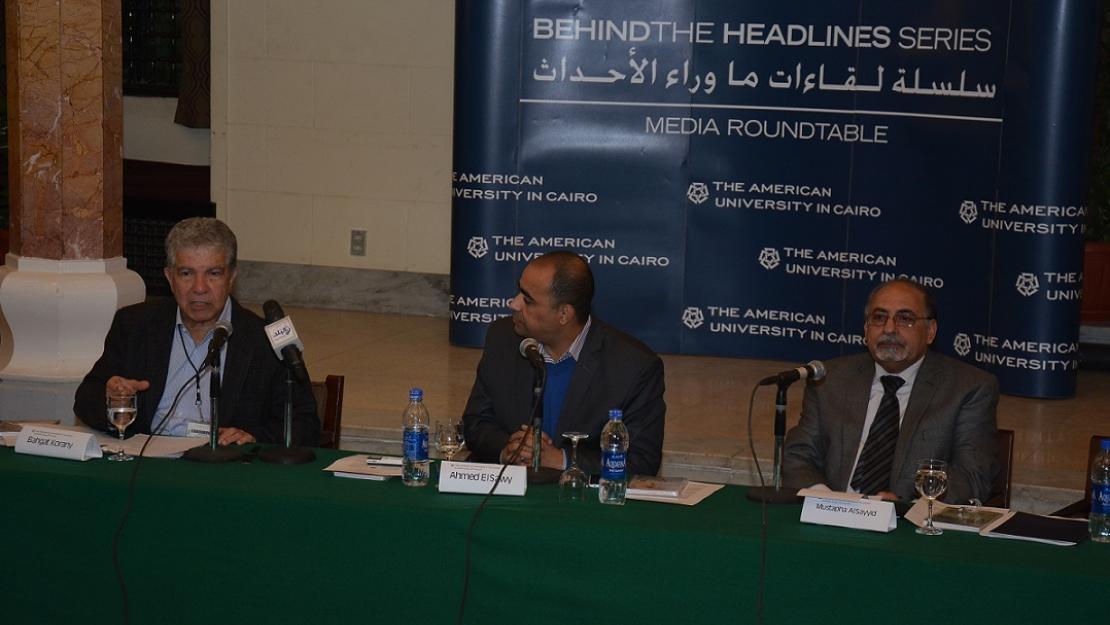 Diplomatic relations between Saudi Arabia and Iran have recently deteriorated due to political differences between Sunni and Shia Muslims. The conflict between both countries escalated after Saudi Arabia, a predominantly Sunni majority country, executed 47 Shia prisoners, including the execution of Shia leader Sheikh Nemr Al Nemr. On the same day of the executions, several attacks were carried out by Shia Muslims at the Saudi Embassy in Tehran, Iran and in parts of Iraq.

“The conflict between Saudi Arabia and Iran is an old one and while it appears to be sectarian, it is, in fact, political,” explained Bahgat El Korany, professor of international relations and director of the AUC Forum. “Relations were amicable since the time of the Shah of Iran, yet there were differences and rivalry that escalated after the Iranian revolution. While 47 Saudi civilians were executed, Iran only protested for one person because Al Nemr was a Shia Muslim, so Iran gave the conflict a sectarian essence.”

Both countries have their points of strengths and weaknesses, noted El Sayyid. “Iran supersedes Saudi Arabia in scientific research and military advancement, and has fared well despite the economic boycott, so the country appears to be in a better position.” On the other hand, he added, “the unemployment rate in Saudi Arabia is lower than Iran, and the Kingdom can still handle the decrease in oil prices better than Iran.”

The support of neighboring Middle Eastern countries is vital for regional stability and to prevent the emergence of a war between both countries. “Egypt, for example, could help in reconciliation efforts between the two countries,” stated Korany. “Egypt has an elite diplomacy and the ability to mentor and guide before a crisis takes place. However, Saudi Arabia needs to provide more transparency in its decision-making process. Since the 1980s, it has changed its policies drastically without providing transparency.”

While the future of the Saudi-Iran conflict is unknown, the hope is to achieve peace. “I hope that decision makers in both countries think in a bilateral way, which could eventually lead to a resolution rather than thinking in a sectarian manner,” said Korany. “I am worried that the more sectarianism is used and repeated in the media as the source of conflict, it would become a reality.”