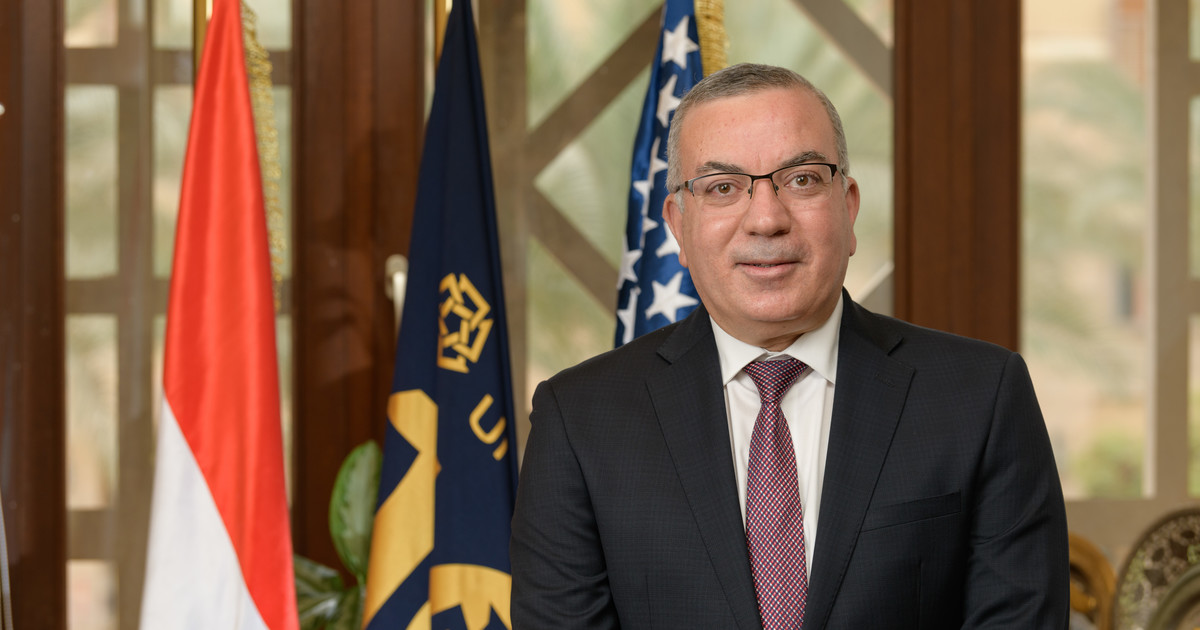 The role of the counselor is typically liaising between Egyptian authorities and the University, including working on continuing to develop good relations between AUC, Egyptian institutions and the Supreme Council for Higher Education.

“My plan is to build on AUC’s excellence, innovation, and community service to further develop our remarkable relationship with the Egyptian Government and to explore even more opportunities for engagement and academic collaboration with peer educational institutions, both in Egypt and globally,” said Hamza. He particularly plans to focus on opportunities where AUC can further contribute to Egypt’s development through research and innovation.

Hamza plans to support all AUC projects and collaborations in education and research along with arts and cultural activities in Egypt and across the region. “My experience as the Chairman of the Cultural Affairs and Missions in the Ministry of Higher Education helped me facilitate faculty affairs and student engagement, which I intend to build on during my time at AUC.” He has also worked to develop international cultural affairs and assisted Egyptian scholarship recipients during their study/research time in the U.S. while he served as the Egyptian Cultural and Educational Counselor in Washington, D.C. “These experiences enable me to seek more collaborative opportunities in education based on the long-standing relationship between the U.S. and Egypt and the great efforts that AUC is doing in the Internationalization of higher education,” he said.

For a century, AUC has built an exquisite culture of leadership, lifelong learning, continuing education and service among its graduates, he added. “AUC continues its legacy and I joined to have the privilege of contributing to this significant legacy and mission, which serves both Egypt and the international community.  With my experience in both the American and Egyptian educational systems, I hope to be able to expand this legacy,” he added.

Hamza also served as the deputy to the secretary-general of the Supreme Council of the Egyptian Universities and Egypt’s cultural attaché in the United States. Prior to that, he was the chairman of the Missions Administration, first undersecretary of state and the chairman of the Sector of Cultural Affairs and Missions at the Ministry of Higher Education and Scientific Research.