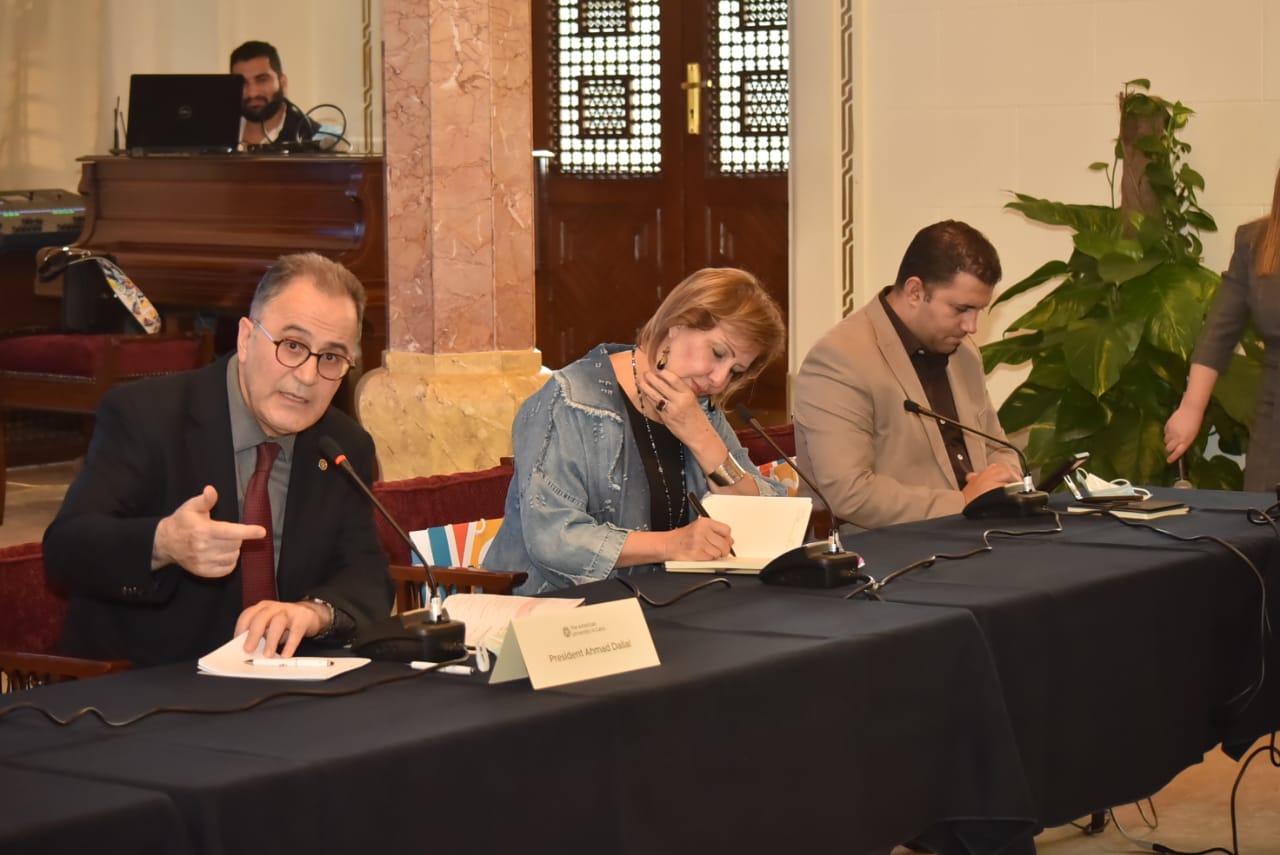 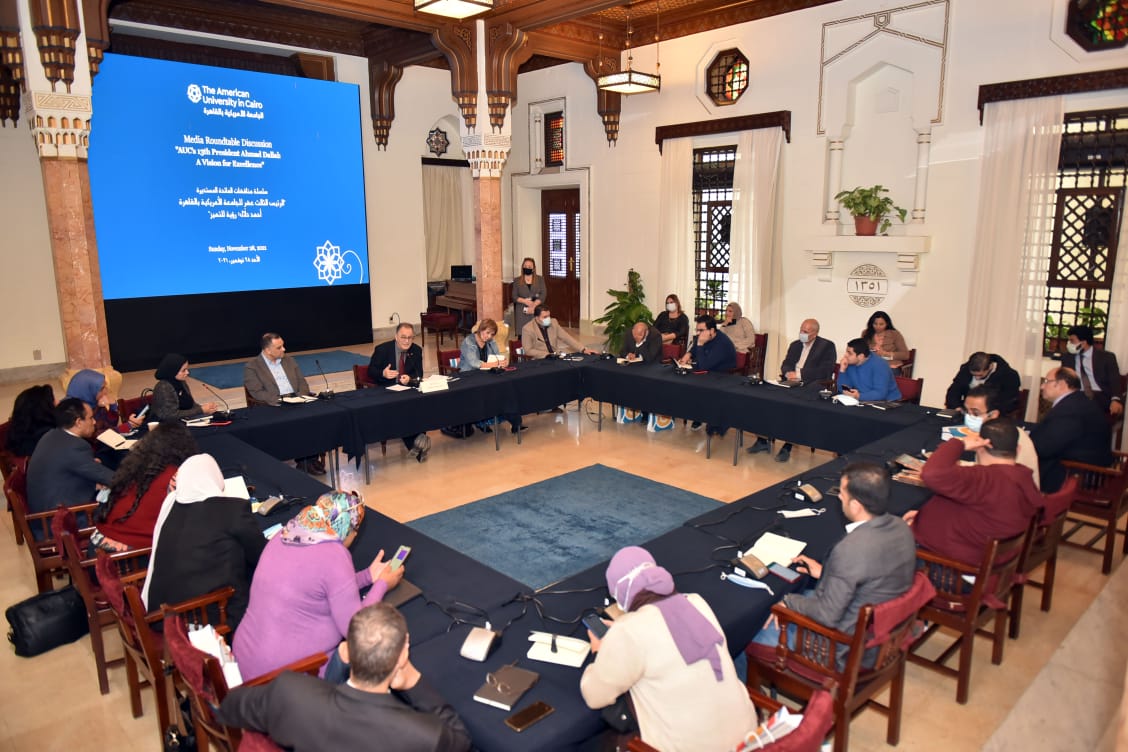 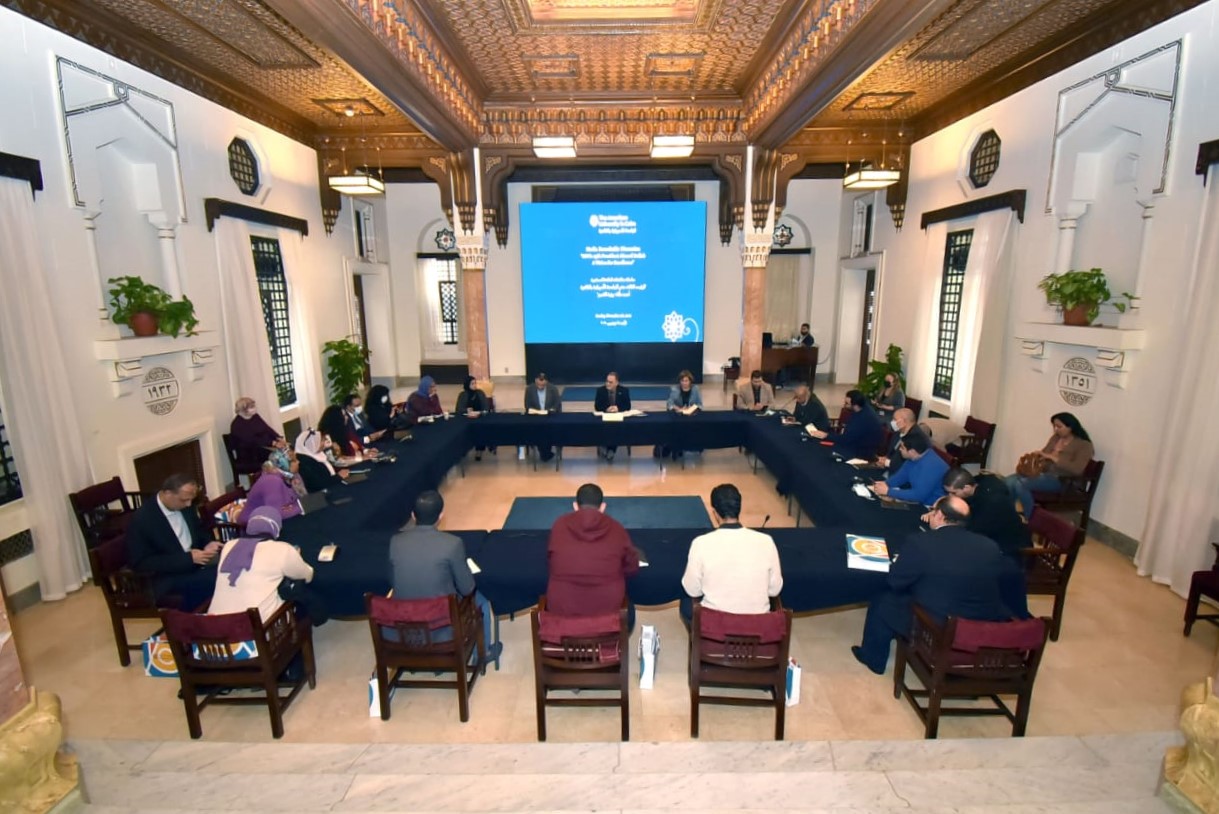 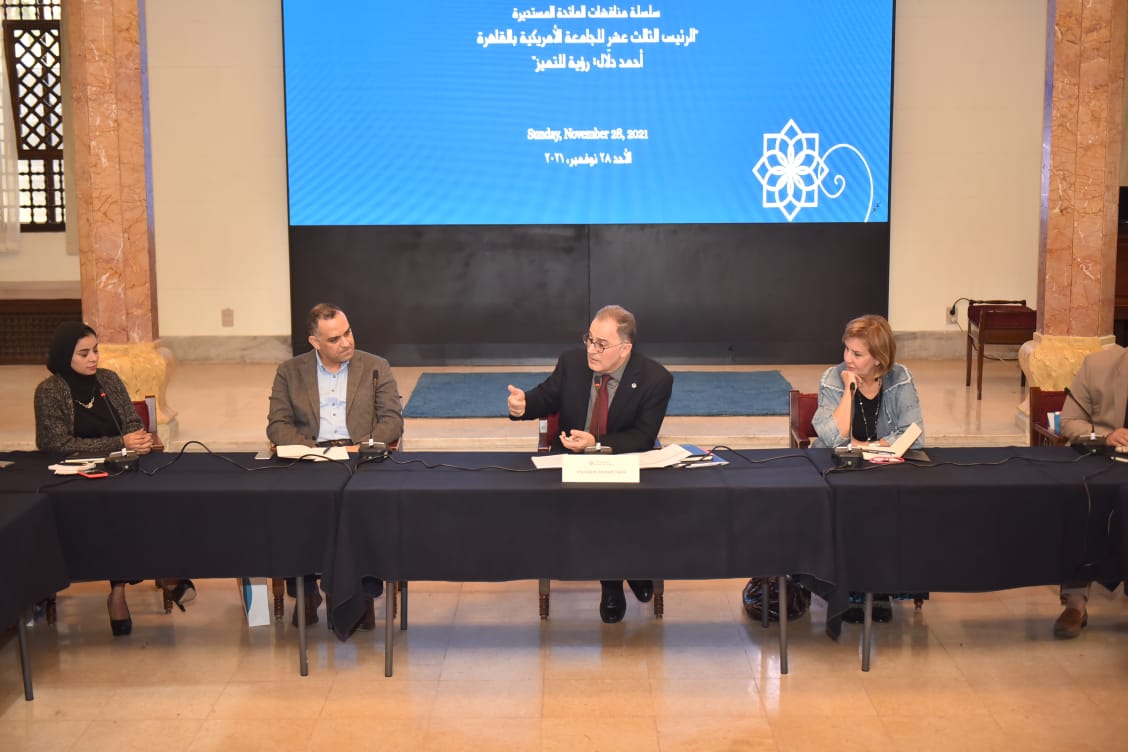 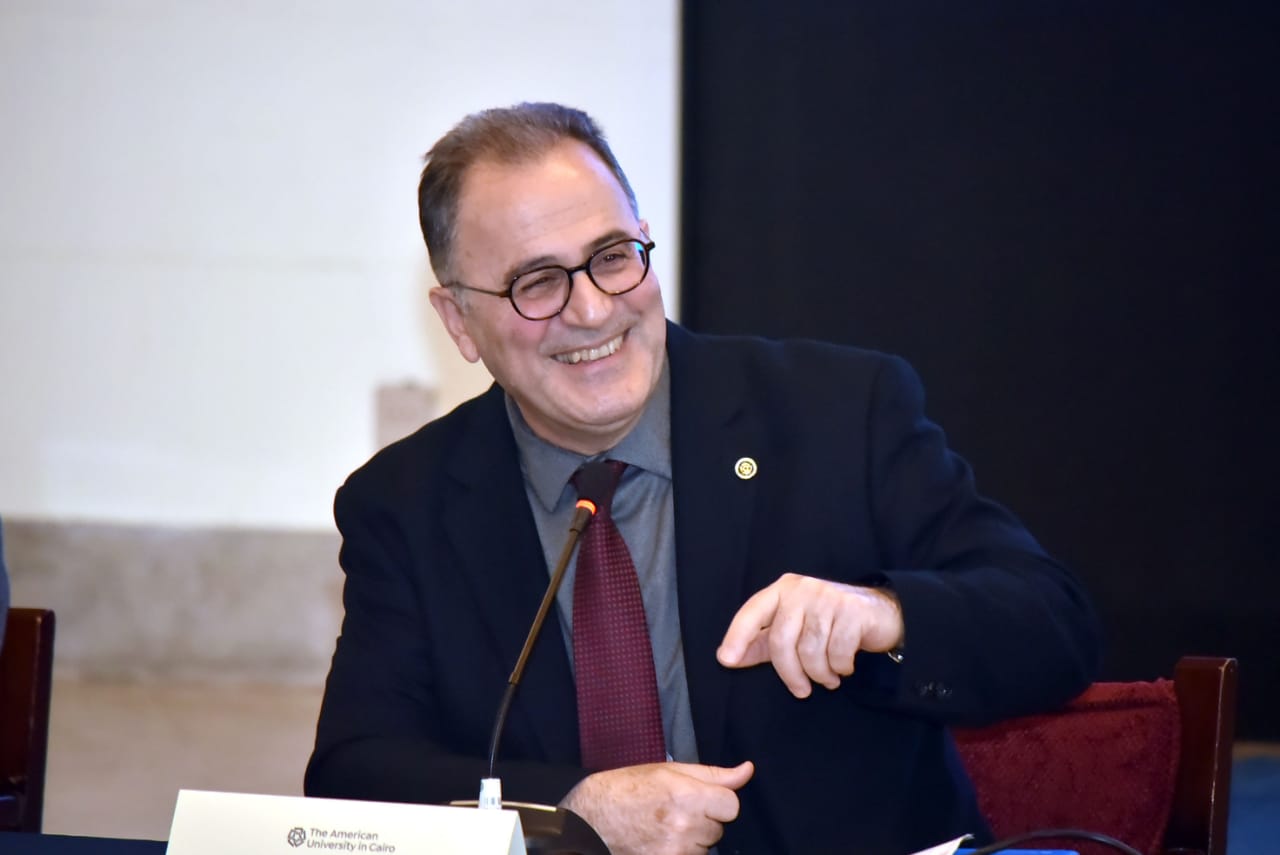 The president of The American University in Cairo (AUC), Ahmad Dallal, met yesterday with members of the Egyptian press in a media roundtable discussion titled,

"AUC's 13th President Ahmad Dallal: A Vision for Excellence" to discuss his vision and priorities for the University's second centennial.

Dallal discussed how higher education institutions worldwide are rethinking their models and how AUC, in turn, is currently reimagining and developing its academic programs. “New social and technical needs demand continuous development and improvement in the higher education field,” he said. Dallal also discussed AUC’s historical role in developing academic curricula and studies to meet the needs of Egyptian society.

"AUC is one of the first universities that has had a significant role in Egypt, the region and the world. Despite being a relatively small institution, AUC maintains a high global ranking." Dallal added that the University does not replace prominent Egyptian public universities, but rather stands proudly among such historical universities, "AUC has a remarkable history and heritage and plays an important role through its quality contributions in various fields and the joint impact of our institutions to serve the community better." He added: “We will not be able to be proactive in all fields, but we will identify specific areas in which we have had a strong input and we will increase our contributions and excel in them. Our goal is to develop our programs and provide quality scientific research as an integral part of this system.”

He explained that the University is adamant about providing programs that serve the community, using studies such as urban studies that entail working on community-based research to catch up with the continuous development in Egypt.

Dalal also discussed that the University will work on a strategy to attract highly qualified students and expert faculty from various scientific fields. "AUC allocates around $23 million for scholarships and financial aid annually, and we are in contact with international institutions to increase the allocated budget for scholarships to attract distinguished students from all governorates."

He discussed the significance of AUC's liberal education and its role in developing students’ critical thinking and enhancing their skills. “We will have to reimagine what a liberal arts education means to us, but not in principle, for AUC’s longstanding liberal arts tradition has enabled us to contribute to higher education in Egypt and the region meaningfully. It also distinguishes AUC from other universities and we shouldn't forgo it.”

Regarding AUC's plan to protect its community from COVID-19, Dallal recounted that AUC’s COVID-19 measures on campus are in accordance with Egyptian and international guidelines. He explained that AUC has decided to gradually return to normal life and provide vaccination for its community, in cooperation with the Ministry of Health, and that the University will continue to safeguard its community. Despite the successful use of digital learning tools during the lockdown, Dallal stressed that online education is no substitute for face-to-face instruction, highlighting the importance of social communication in the educational process.

Dallal said, “Without a doubt, communicating with other educational institutions serves as a motivator in the academic realm, and I am currently seeking out collaboration opportunities with other universities that enrich our abilities to serve the community.”

Dallal brings academic and administrative experience to his new role at AUC. He is a prominent scholar of Islamic studies. He has taught at AUB, Stanford University, Yale University, Smith College and Georgetown University, where he also served as chair of the Department of Arabic and Islamic Studies. Dallal is the former dean of Georgetown University in Qatar and previously served as provost at the American University of Beirut (AUB) from 2009 to 2015. The first Arab- American to lead the University, Dallal is an accomplished academic leader and renowned scholar with U.S. and regional higher education expertise. He was born in and raised in Beirut, Lebanon and spent 25 years studying and teaching in the United States, which gives him an insider's perspective -both on the region and U.S.- style American liberal arts universities.

At the roundtable discussion, Dallal stressed the importance of working with the AUC community to jointly and collectively develop the ideas he shared. He said: “I feel proud to be part of this community, and I understand what it means to be the first Arab president of the University and to serve AUC, Egypt and the region – a responsibility that I accept with pleasure.”