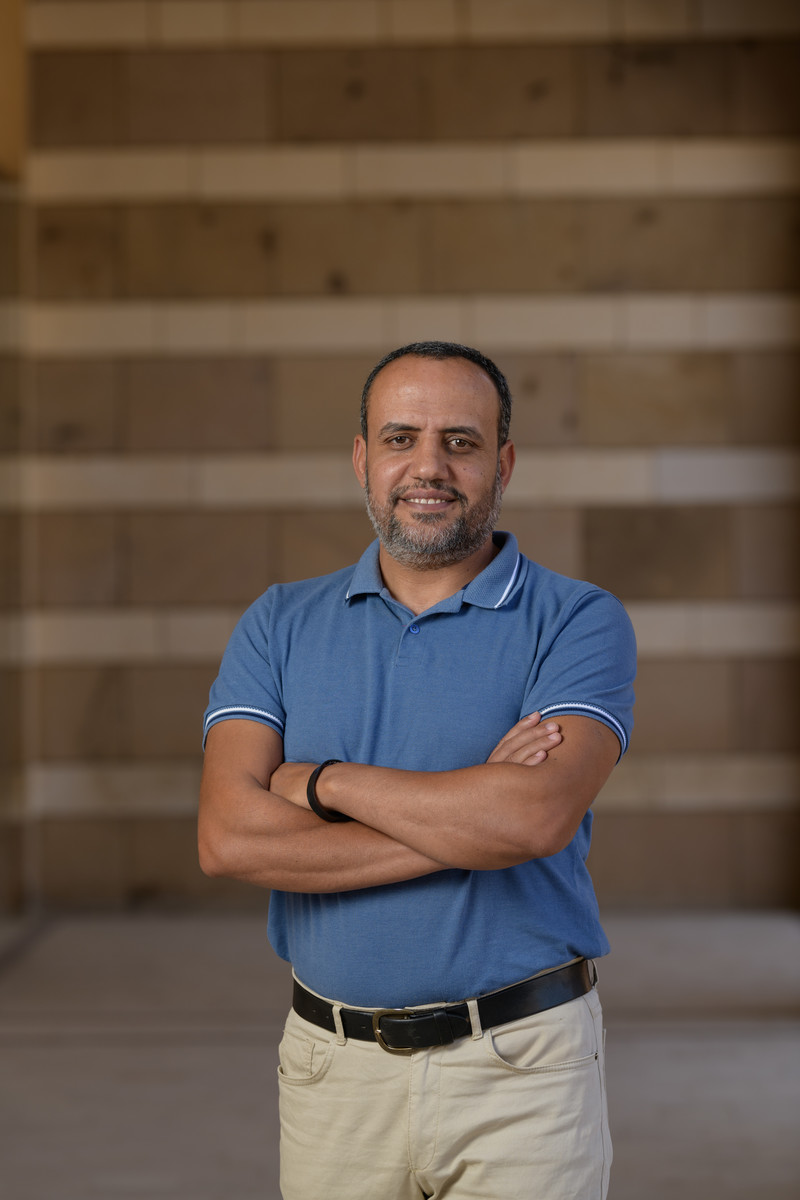 Hesham Sallam is an Egyptian professor at both the School of Sciences and Engineering, American University in Cairo (AUC) and at the Department of Geology, Mansoura University, Egypt. He founded the Mansoura University Vertebrate Paleontology (MUVP) Center in 2010. Sallam received his bachelor's degree from the Department of Geology at Mansoura University in 1997 and earned his doctorate degree at the University of Oxford (UK) in 2010. He was promoted to the position of full Professor in 2022 to become the country’s first Egyptian professor of vertebrate paleontology. Sallam was recognized for his research and leadership when he was selected as the Middle East-North Africa recipient of the Science and Sustainability Award by the British Council’s Study UK Alumni committee (2021-2022). Moreover, he was named 2019’s Figure of the Year at Mansoura University in recognition of his scientific achievements. Sallam is also an appointed member of the National Committee for Geological Sciences and at the Egyptian Young Academy for Sciences, which belongs to the Egyptian Academy of Sciences and Technology. In 2022, he was appointed to the Council of Egyptian Culture and Knowledge by the Egyptian Minister of Higher Education. Sallam’s scientific research has been published in numerous high-profile academic journals, including Nature Communications, Nature Communications Biology, Nature Ecology and Evolution, Proceedings of the National Academy of Sciences USA, Proceedings of the Royal Society B, PLoS ONE, PeerJ, and Geology. Further, he has been a visiting scholar at Duke University, Stony Brook University, Ohio University, and the Denver Museum of Nature and Science – all of which are in the USA. The Sallam Lab maintains active paleontological field projects in Egypt, which have led to the discovery of the most complete dinosaur known from the entire Late Cretaceous of Africa (Mansourasaurus) and to the documentation of a transitional and amphibious whale (Phiomicetus), which is the most primitive species of the family Protocetidae from all of Africa. Moreover, the Sallam Lab is studying Egyptian faunal assemblages associated with Paleogene hyperthermal, which can inform the impacts of climate change on Egypt’s ancient ecosystems. These discoveries have not only improved the understanding of Africa’s ancient prehistory but also have helped to popularize paleontology in the Middle East. His important contributions to Egyptian paleontology include founding the MUVP (the only high-level vertebrate paleontology research unit in the Middle East), combined research, outreach, and conservation endeavors based out of Mansoura University. Currently, Sallam is dedicated to educating the next generation of Egyptian vertebrate paleontologists, expanding awareness of Egypt's vertebrate paleontological resources for public outreach and training, and undertaking the collection, preparation, study, and curation of Egypt's fossil vertebrates.