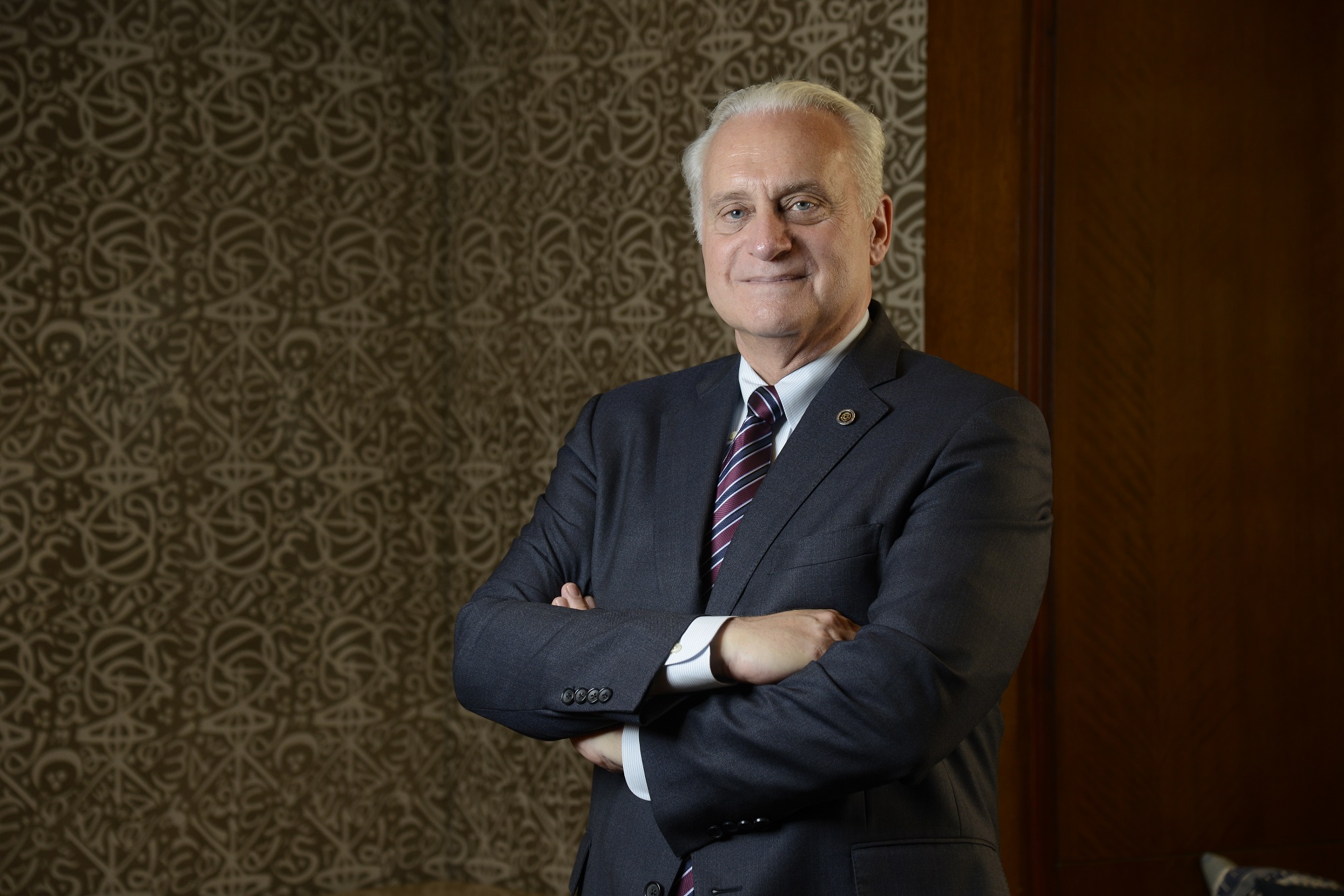 Francis J. Ricciardone was appointed the 12th President of The American University in Cairo and began his term on July 1, 2016. He had served as a Foreign Service Officer from 1978-2014, including appointments as U.S. Ambassador to Egypt, Turkey, and the Philippines, and Chargé d’Affaires and Deputy Ambassador to Afghanistan. After graduating from Dartmouth College Summa Cum Laude in 1973, he received a Fulbright Scholarship and taught in American international schools in Trieste, Italy, and Tehran, Iran. From 2014-2016 he was Vice President of the Atlantic Council and Director of the Rafik Hariri Center for the Middle East. He was a distinguished scholar at the US Institute of Peace in 2008-2009. He speaks Arabic, Turkish, Italian, and French. He is married to Dr. Marie Ricciardone, a molecular biologist.

Help us Overcome the Impact of Covid-19

The fund will help meet our emergency needs which resulted from Covid-19 Corona Virus and will mitigate the losses and disruption that AUC, and all of our students, faculty, and staff must share. University Senior Leadership is one of AUC leadership pillars that is dedicated to creating a University environment that promotes excellence in teaching, research, creative expression and service. Established in 1981 and formerly known as the Presidential Internship Program, the Presidential Associates Program (rebranded October 2018) provides recent university graduates the opportunity to work at the highest levels of an international university, experience life in Cairo, and learn Arabic. From AUC’s first president Charles Watson in 1919 to former President Christopher Thoron (1969 – 1973), who established the University as a creditable institution by securing official recognition for academic degrees, AUC looks back through its presidential history and major accomplishments that led the University to thrive as Egypt’s global university. As AUC moves past the initial crisis management of the COVID-19 pandemic, we must accelerate and strengthen our operational reforms across the University — reinforcing the work already underway as part of AUC’s strategic plan —through the formation of the following seven committees.

"Together, we are committed to passing The American University in Cairo on to future generations even stronger than we have found it, revitalizing its strong legacy and culture of giving, of service, and of excellence."